Chengdu "foreigners" use the lens to record the "anti-epidemic" story: let the world know more about China- 中新网 Video

【Explanation】 As an international metropolis, Chengdu has attracted more and more foreigners to stay and work and live here. Tongzilin Community is one of the most concentrated communities of foreigners in Chengdu. In order to better serve foreigners living in the community and at the same time enable them to participate in community development and governance effectively, the community establis...

【Explanation】 As an international metropolis, Chengdu has attracted more and more foreigners to stay and work and live here. Tongzilin Community is one of the most concentrated communities of foreigners in Chengdu. In order to better serve foreigners living in the community and at the same time enable them to participate in community development and governance effectively, the community established an international volunteer in 2018 alliance. In 2020, the outbreak of the new coronary pneumonia epidemic caused many international volunteers to "stand up" and stand on the front line of "anti-epidemic".

[Commentary] Sand Wave from Sri Lanka is one of them. During the epidemic, Sha Lang chose to stay in Chengdu and actively joined the community's anti-epidemic volunteer team to provide services for foreigners in Liurong. Because some overseas media reported biased reports on China's epidemic, Sha Langyuan's relatives and friends overseas were very worried. So, during the epidemic, Sha Lang took a lot of videos to inform them of the current status of the city they live in. At the same time, he also took advantage of his proficiency in Chinese and English to publish English information on the Internet, so that foreigners at home and abroad can keep abreast of the progress of China's epidemic prevention and control work.

[Same period] (International Volunteer Sha Lang) The main reason for recording the epidemic is because we want to tell my friends and relatives in our country that the adult is safe, and the government and local people are doing their best to protect everyone . Because during the epidemic, there are also many negative reports about the epidemic in China, especially overseas. Many of their ideas are derived from unfounded information. What we publish through video is real, factual evidence. The staff work hard every day to protect the people. We want to record such information and pass it on.

[Commentary] Along with Sha Lang, there is Amar, an independent photographer from Nepal. As a photographer, Amar's favorite is to use the lens to record the bits and pieces of life in Chengdu. Amar said he likes China very much, and China is his second home. After the outbreak, some foreign media reported falsely on China's epidemic prevention and control work, which not only worried his family and friends, but also made him unfair about the real situation. So, Amar decided to take to the streets, record the facts with the lens, and tell the real Chinese story of the world.

[Same period] (International volunteer, independent photographer Amar) Because there are many (overseas) social media that all things are blocked, there is no subway, no public transportation. I took these photos just to tell other people in the world that what you think is not true about what the media said. We stay at home to ensure the health of others and prevent the virus from spreading, so we choose to stay at home and follow the government ’s arrangements.

[Same period] (International Volunteer, Independent Photographer Amar) Everyone says that you ca n’t buy anything (in China), prices are so high, you ca n’t even buy food or necessities. What is this? I mean, the streets are empty, but some people still need to go out and buy their necessities. But you can see from the photo that the price has not changed, that is the normal price, which is why I took this photo of the price tag of each item.

【Explanation】 Since the first day of the Chinese New Year, Amar has taken thousands of photos, many of which have been adopted by foreign media, and the video released by Sha Lang has also been welcomed by many overseas audiences. They all said that in the future they will continue to "tell" the true Chinese story to the world.

[Same period] (International volunteer, independent photographer Amar) I was doing it before, and I will continue to do it in the future. Because I took a lot of photos in Chengdu, pictures of daily life in Chengdu. But I hope I won't do such a thing anymore, because I don't want new coronary pneumonia to appear in China again. 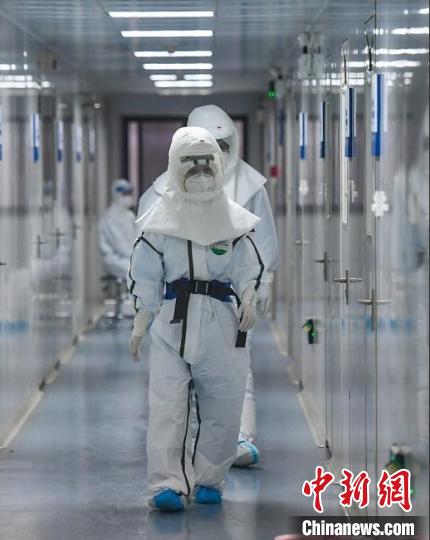