"Gender balance" .. Initiatives and preparations for the next stage

The campus of His Highness Sheikh Mansour bin Zayed Al Nahyan, Deputy Prime Minister and Minister of Presidential Affairs, Her Highness Sheikha Manal bint Mohammed bin Rashid Al Maktoum, President of the Emirates Council for Gender Balance, affirmed that the UAE deals with the challenges of the emerging corona virus crisis (Covid 19) , Which he praised

The campus of His Highness Sheikh Mansour bin Zayed Al Nahyan, Deputy Prime Minister and Minister of Presidential Affairs, Her Highness Sheikha Manal bint Mohammed bin Rashid Al Maktoum, President of the Emirates Council for Gender Balance, affirmed that the UAE deals with the challenges of the emerging corona virus crisis (Covid 19) And, which was praised by the international community as a role model, it produced a state of synergy between the government and all groups and segments of society, including the great efforts made by women alongside men in all vital sectors within the first line of defense.

Her Highness said that this state of health from social cohesion constitutes the starting point for a new phase of the work of the Emirates Council for Gender Balance, during the coming period, within the general strategy of the state to advance the Emirates and put it on the path of accelerated development again, embodying the vision and direction of His Highness Sheikh Mohammed bin Rashid Al Maktoum , Vice President, Prime Minister, and Ruler of Dubai.

Her Highness Sheikha Manal bint Mohammed bin Rashid Al Maktoum added that the participation of women in the development process represented a major pillar in building and reviving the state for five decades, praising the wise leadership of the state for the consolidation of this approach.

The Emirates Gender Balance Council held a "remote" meeting during which its activities were reviewed during the first quarter of this year, during which it launched a number of initiatives that are in line with its goal to work to reduce the gender gap in all sectors of the country, and to enhance the UAE's global competitiveness, and make it a model An example in the field of gender balance.

During the meeting held through the technology “video conferencing”, chaired by Vice President of the Emirates Council for Gender Balance, Mona Ghanem Al Marri, the council affirmed its keenness to develop a new system of work and initiatives to be implemented during the coming period, which enhances its readiness to preserve the gains and achievements of gender balance throughout Past years, and pushed it forward within the «Emirates strategy for after“ Coved-19 ”, which was formulated by His Highness Sheikh Mohammed bin Rashid Al Maktoum, Vice President and Prime Minister of the UAE and Ruler of Dubai, in response to current and future challenges and the consequences of the Corona virus crisis The Newbie (k And Fed-19) of unprecedented economic and societal repercussions at the global level.

Mona Ghanem Al-Marri affirmed the council’s commitment to exert maximum efforts in cooperation with all state institutions and global strategic partners to achieve national goals in gender balance, and to reach the UAE with an advanced global rank in this field in order to continue the accomplishments achieved during the recent period, as it came first in the Arab world in bridging the gender gap And gender equality report of the gender gap 2020 issued by the World Economic Forum, as ranked first in the Arab world and 26th at the global level in the report of gender equality issued by the United Nations Development Program for 2019, Offering 23 centers worldwide within four years of the founding of the UAE Council for gender balance in 2015.

The Director General of the Federal Authority for Government Human Resources, Dr. Abdul Rahman Al-Awar, presented the most prominent features and objectives of the “remote work system in the federal government”, issued by Cabinet Resolution No. (27) for the year 2020, which provides options to support the balance between work and the personal life of employees, and to provide Government services in non-official working hours, and the creation of new, unconventional jobs, noting that the Federal Authority for Government Human Resources issued last March, in cooperation with the Ministry of Cabinet Affairs and the Future, a guide to applying remote work in the federal government with a statement of procedural guidelines, to include N continuity of the performance of the business and provide all the services required under emergency circumstances.

The Director General of the Federal Authority for Competitiveness and Statistics, Abdullah Nasser Lootah, presented the most important contents of the Women, Business and Law 2020 report issued by the World Bank, which measures the extent of women's empowerment rates in the labor market through laws and legislation, through eight axes that collect legal materials and regulations on women's economic opportunities .

Manal Bint Muhammad: “The state of health from social cohesion constitutes the starting point for a new phase in the work of the Emirates Council for Gender Balance.”

- Mona Al-Marri: “We are committed to exerting utmost efforts in cooperation with partners to achieve national goals for gender balance and the country's global competitiveness.” 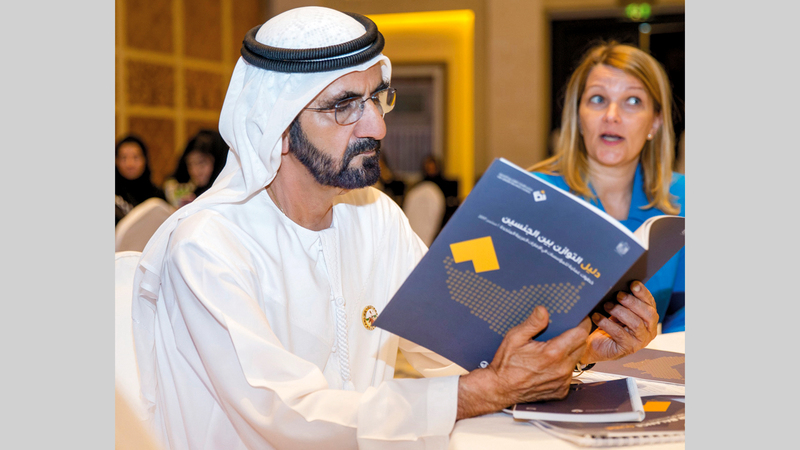 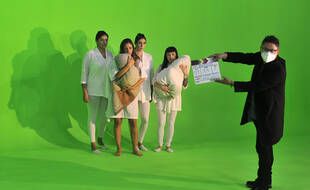