The six organs of the Didibastet mummy, the last mystery of Egypt

Hidden under a 2,600-year-old stone wall and built at the end of a 30-meter-deep well that once held the secrets of an unusual and buoyant such Hidden under a 2,600-year-old stone wall and built at the end of a 30-meter-deep well that once held the secrets of an unusual and buoyant mummification workshop. A new burial chamber has emerged under the sands of the Saqqara necropolis at the foot of the Unas pyramid. And from his insides has emerged the coffin of a woman named Didibastet with an enigma tangled between her folds: she was buried with six canopic vessels, where the organs of the deceased were deposited, defying the known tradition of four vessels.

"Its six canopic glasses are a real surprise because the tradition consisted of extracting, embalming and storing the lungs, stomach or spleen, liver and intestines in four containers," admits in conversation with EL MUNDO Ramadan Badri Hussein, director of the German-German mission of the University of Tübingen, which for four years has pierced the southern area of ​​the Saqara cemetery, a complex located some 40 kilometers south of Cairo and which - together with those of Abusir, Saqara and Giza - is a World Heritage Site. of the Humanity of the Unesco.

"It seems that Didibastet had offered or requested a special form of mummification that involved storing all his organs in six vessels. It is an indication of his socioeconomic position," says the Egyptologist. An anomaly for a funeral custom, which entrusted the protection of the quartet of vessels to four deities, known as the four sons of Horus: Kebehsenuf, Imset, Duamutef, Hapi. Their names appeared on the covers of the glasses in correspondence to the organ that each of them had assigned. Kebehsenuf took care of the intestines; Imset, from the liver; Hapu, from the lungs and Duamutef, from the stomach.

The mission has subjected the two extra vessels found in the woman's coffin to a CT scan. Preliminary analysis suggests that both store human tissues. The team's radiologist is now trying to identify the organs that, outside the known norm, accompanied Didibastet in his life from beyond. The female and her mysterious embalming were discovered in a burial chamber, the sixth located in the well, which she shared with three other wooden coffins, badly damaged by the passage of time.

"We have not found any other similar cases of embalming . In fact, many of the individuals who appeared in the community funerary well of the mummification complex were buried with a single glass, made of clay and not alabaster," says Husein. "Obviously, they were cases of much less wealthy clients than Didibastet," emphasizes the leader of a project that two years ago made headlines for an unprecedented discovery, a stone's throw from the Zoser step pyramid, the first stone construction of the history.

In a 30-meter deep well, after removing 42 tons of rubble, the expedition located an embalming workshop, never seen before. "The discovery of the complex is unprecedented in Egyptian archeology . Our information on mummification in ancient Egypt comes from papyri that include texts and scenes from rituals and acts of mummification during a process that lasted 70 days," Husein explains. "Some papyri provide interesting names about the architectural facilities of the mummification workshop. The complex is called" Per-nefer "or House of Rejuvenation."

The site offers, for the first time, proof of its existence beyond the files . "Archaeologists have always searched for a Per-nefer and its associated buildings, but never found a structure that could be linked to the complex described in the papyri. Egyptian cemeteries should have mummification workshops, but perhaps they were destroyed or overlooked in modern times. during the first decades of excavation in Egypt, "argues Hussein.

The structure, located two years ago and belonging to the XXVI dynasty (664-525 BC), fits the descriptions. "It includes a workshop where hundreds of inscribed mummification cups and containers have been found; a purification building where the mummies were prepared for the final burial and a community well that has six tombs and where 54 mummies were buried," details the Egyptologist.

The first chemical analyzes have detected the presence of bitumen, oil and cedar resin, pistachio resin, beeswax, animal fat, and olive and juniper oils , among other liquids. "Mummification was a large industry where slaughtered humans and animals were mummified and buried. This finding accentuates the commercial aspect of mummification as a daily transaction between individuals and embalmers offering different mummification packages and funeral equipment options," says Husein. "The knowledge we gain from this complex enables us to understand mummification not only as a religious practice but also as a business."

A beautiful gold-plated silver mask has also been rescued from its depths. "It is the first one found in Egypt since 1939 and the third with these characteristics, after those found in 1902 and 1939. It was an object loaded with religious symbolism because the ancient Egyptians believed that the bones of the gods were made of silver while his flesh and skin were gold. Silver and gold are the main metals of the body of a deity. Wearing a mask like this is a step towards transforming the deceased into a divinity . "

The jewel of the burial - sporting a priestess of foreign origin from Niut-shaes, a serpent-like transcript of Mut, the mother goddess of ancient Egypt - was studied by X-ray fluorescence. The test indicated that the purity of silver exceeded 99%.

The mission and its fruitful work still promise new surprises in the labyrinth excavated underground, where the art of keeping the body intact to store the soul during the life of the grave still beats - faithful to the tradition of the pharaohs. "We will continue to excavate it. It is, for sure, an outstanding monument in Saqqara. Many tombs must have been built around it, " says Hussein.

Astronomy30th birthday of Hubble: the telescope that changed our vision of the cosmos 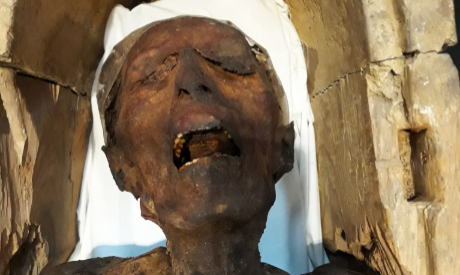 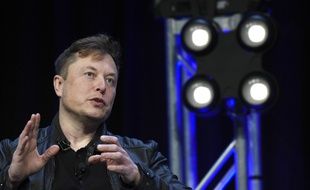 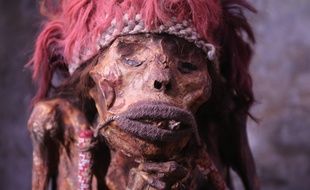 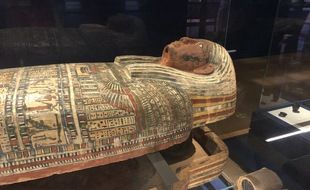 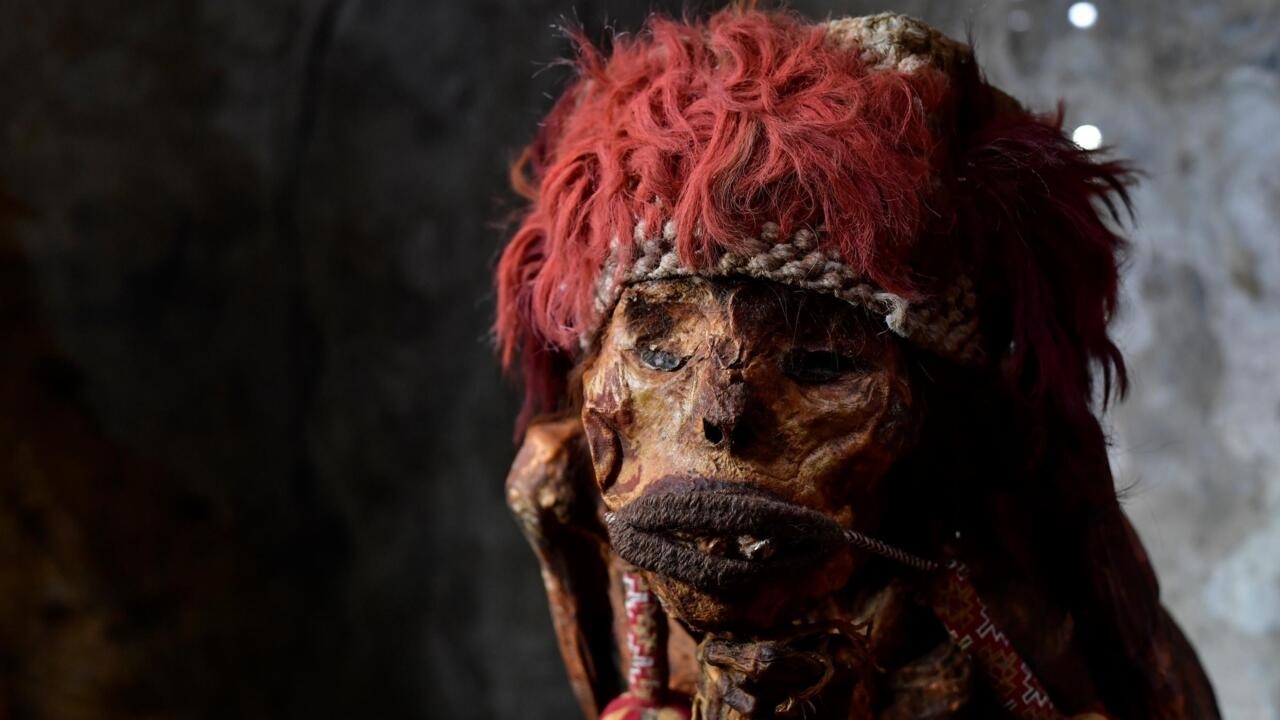 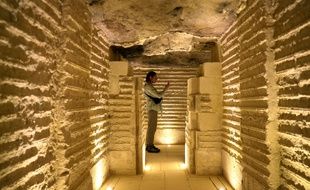 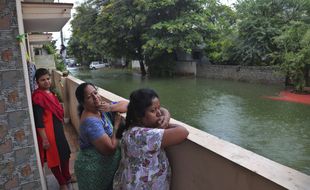 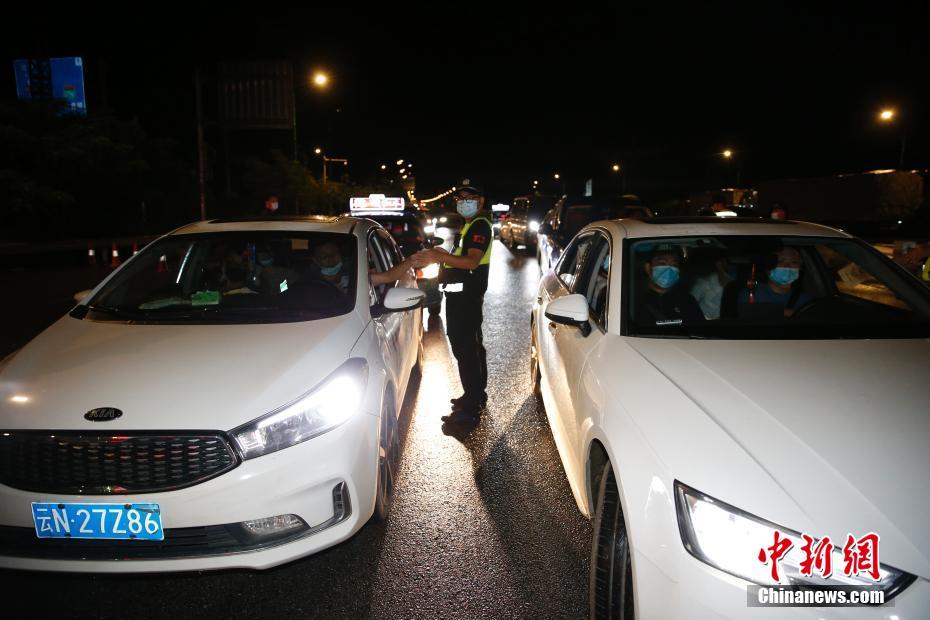 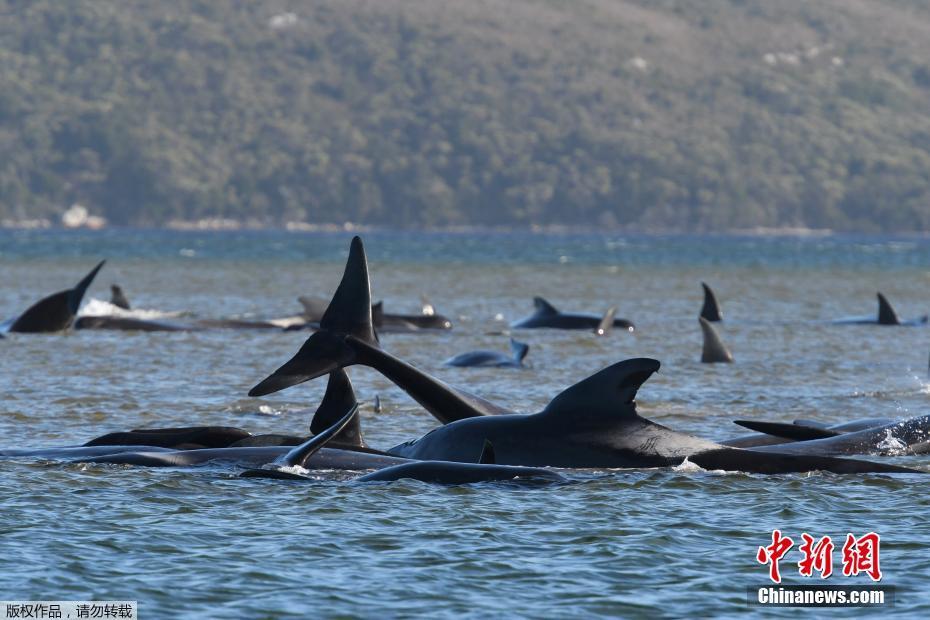 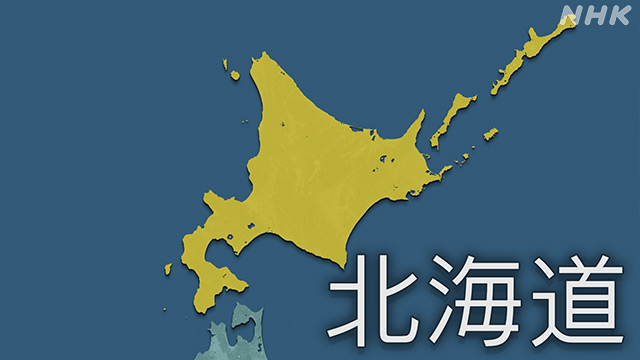