[NHK] In response to the extension of the emergency declaration, many prefectures hold countermeasure headquarters meetings and so on from the evening of the 4th to the 5th to respond to future leave requests ...

Prefectural governments respond to requests for leave and restart of schools one after another at 19:29 on May 5

In response to the extension of the declaration of emergency, many prefectures hold countermeasure headquarters meetings on the nights of the 4th and 5th, and have set policies regarding future requests for suspension of business and reopening of schools and public facilities. . Responses vary depending on the prefecture, but there are some local governments other than the “special alert prefectures” that do not extend the leave request and some prefectures have decided to restart prefectural schools.

Some local governments do not want to refrain from going out

Due to the extension of the state of emergency declaration, some prefectures other than the “special alert prefectures” do not require self-restraint to go out after the 7th.

Of these, in Iwate Prefecture, which is the only one in the country where no infected person has been confirmed, after demanding that people avoid movement across prefectures as much as possible, they will not request self-restraint to go out after 7 days, Even in Tottori prefecture, except for crossing the prefectures and visiting restaurants with entertainment, if you avoid the "three secrets" and pay attention, you will not be asked to refrain from going out unnecessarily or urgently.

In addition, Shiga Prefecture has decided to cancel the self-restraint request for going out from 11th of this month.

On the other hand, in Tokyo and Saitama Prefecture, which have been designated as “special vigilance prefectures”, we continue to seek self-restraint for unnecessary and urgent outings other than the purchase of daily necessities.

Some local governments do not extend leave requests

In response to the extension of the emergency declaration, some prefectures other than the “special alert prefectures” have decided not to extend the leave request.

Among them, Iwate Prefecture decided not to extend the request for leave until 6th, which was required of movie theaters, etc., and in Saga Prefecture, regarding pachinko parlors, thoroughly implement measures against infectious diseases and entry restrictions for customers coming from outside the prefecture. As with other businesses, the period for requesting leave will be completed in 6 days, subject to the above conditions.

In addition, Kagawa Prefecture has announced that it will request a udon restaurant with a large number of tourists to close it until the 6th.

In addition, Shiga Prefecture will cancel the request for closure of retail stores with a floor area of ​​1,000 square meters or less among commercial facilities from this month.

Furthermore, Aomori Prefecture asks the citizens for cooperation such as avoiding the "three secrets" and wearing masks, and also refrains from the use of restaurants that are not required to go out or entertain customers in the downtown area. I will not.

In addition, Kochi Prefecture requests a restaurant with a business holiday for up to 6 days and asks the residents to refrain from using it until the end of this month.

On the other hand, Tokyo, Hyogo Prefecture, and many of the “specific warning prefectures” such as Ishikawa Prefecture are planning to extend the suspension request to entertainment facilities and restaurants until 31st of this month. On top of that, the Tokyo Metropolitan Government plans to additionally provide cooperation funds to businesses that fully respond to requests such as leave.

In addition, Fukuoka City has a policy of subsidizing 80% of the rent up to 300,000 yen for SMEs and others who cooperated with the request in response to the prefecture extending the request for suspension of business until 31st of this month. Some local governments are promoting their own initiatives, such as making announcements.

School restarts in some prefectures this month

In response to the extension of the emergency declaration, some prefectures other than the “special alert prefectures” have decided to restart prefectural schools this month.

On the other hand, in Miyazaki Prefecture, the prefectural schools will be closed until the 24th of this month, but after the 11th, the principal will make a day of attending school for study activities.

Even in Niigata Prefecture, although temporary school closures will be extended until the 31st of this month, some local governments are taking steps to gradually increase school attendance, such as setting up school days once a week.

Museums and galleries can be reopened with certain conditions

Regarding the restrictions on the use of facilities, etc., in the “Basic Response Policy” that the Government Countermeasures Headquarters changed on the 4th, in the specific warning prefectures, “Be careful of the impact on socio-economic conditions and the lives and health of residents, For example, museums, art galleries, libraries, etc. can be opened on the premise that infection control measures will be taken into consideration.

The other 34 prefectures say, "Each prefecture makes a judgment based on the actual situation of the region from the viewpoint of preventing the spread of infection and maintaining socio-economic activities."

In response to this, some local governments have decided to restart the facility after restricting users for facilities such as museums, art galleries and libraries.

Of these, in Tottori Prefecture, after limiting the number of visitors, etc., we decided to make it available from 7th of this month.

On the other hand, in Fukuoka Prefecture, which is a specific warning prefecture, it will be carefully decided whether or not to restart the infection after confirming whether infection prevention measures are being properly implemented in the future. We have instructed to consider closing the building until the day, and the Tokyo Metropolitan Government continues to request that it be closed.

Events can be held under certain conditions

According to the “Basic Response Policy” that the Government Response Headquarters changed on the 4th, regarding events, etc., there is a possibility that clusters will occur in all prefectures, and groups with “three denseness” will continue to be held voluntarily. On the other hand, in 34 prefectures other than the specified caution prefectures, events such as a relatively small number of people "will take infection prevention measures and take appropriate measures while paying close attention to the risk aspect." I am.

In response to this, 34 prefectures are moving towards holding events under certain conditions.

In Tottori Prefecture, since the 7th of this month, it can be held on condition that there are less than 50 people and there is no conversation at a close distance, and in Shiga Prefecture, after 11th, prevention of infection for small events of 50 people or less. I decided to cancel the request for self-restraint, provided that measures were taken.

In Kochi Prefecture, more than 10 people will seek self-restraint until the 20th of this month and 50 people until the end of this month, depending on the scale.

Requests for continued work from home and staggered hours

Local governments designated as "special vigilance prefectures" continue to make requests and calls for work from home and staggered hours.

Of these, Tokyo, which has been designated as a “special vigilance prefecture”, continues to require businesses to work from home or rotate in order to reduce the number of employees going to work.

In addition, Chiba Prefecture is excluding those who request to refrain from going out to work at work, and wants to encourage them to work from home or work at staggered hours more than ever.

In addition, Sapporo City said that the infection situation in the city is dangerous even if it is nationwide, and after requesting to refrain from going out until at least 15th of this month, the goal is to reduce the number of employees working in the city by 70%. I am doing it.

In addition, local governments other than the “special alert prefectures” are calling for businesses and residents to work from home in order to reduce contact with people at work, and it is expected that the efforts will continue.

Life/Entertain 2020-05-05T10:33:14.154Z
Prefectural governments will continue to respond to requests for leave and restart schools

Life/Entertain 2020-05-14T04:16:10.842Z
Osaka Prefectural leave request If it meets its own standards, it will be decided to gradually cancel tonight

Life/Entertain 2020-04-24T02:13:13.339Z
Governor of Aichi Omura Prefectural school closed and announced extension until the end of May 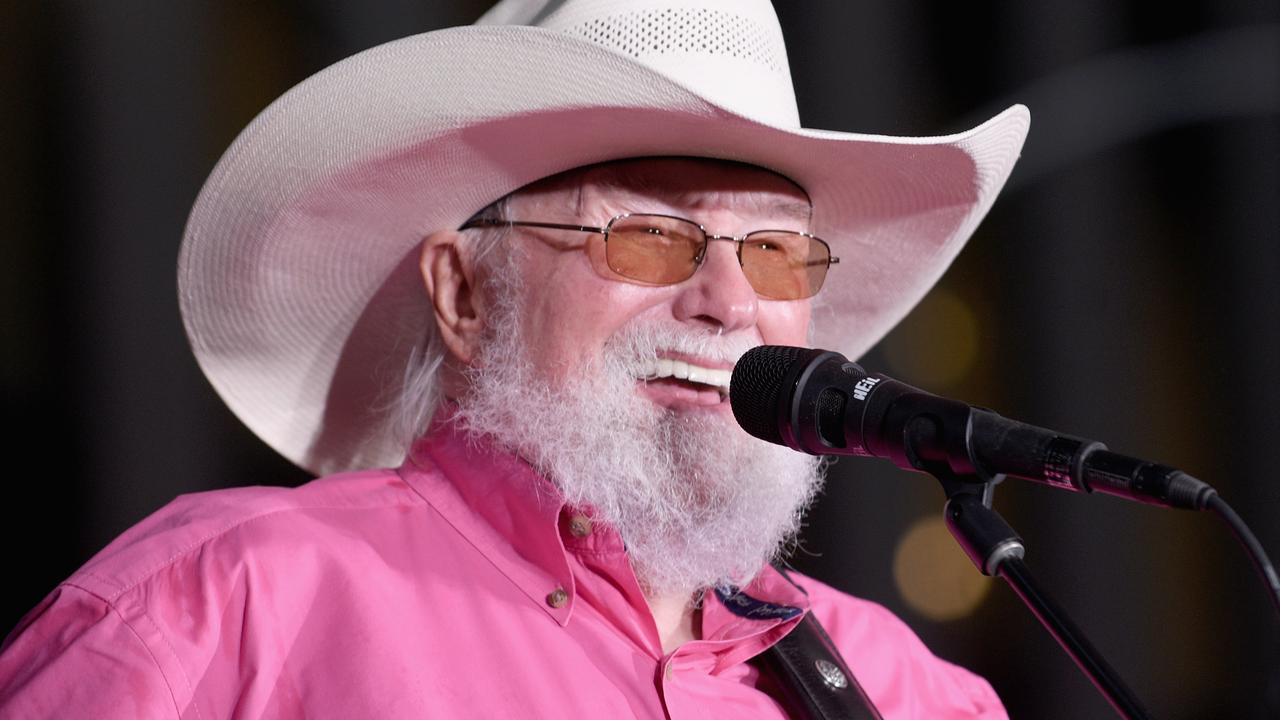 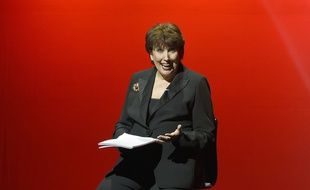 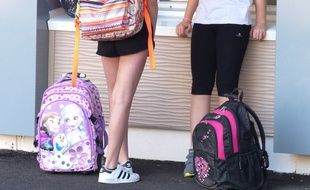 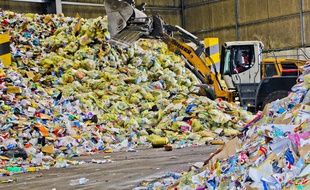