Actor and director Jan-Olof Strandberg has passed away after a long illness. He turned 93 years old. 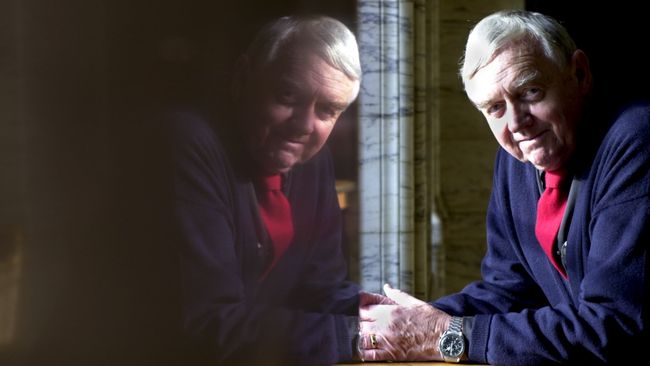 Strandberg was active on several stages and also did television and film roles, but is primarily associated with the Dramaten where he performed 88 roles from 1948 to 2009. He also directed seven sets and was Dramaten's director from 1975-81.

- It's a friend since fifty years ago that I lose today. I'm very sorry and it's very sad. Swedish theater has lost a great man, says close friend Olle Näsman to Dagens Nyheter.

Jan-Olof Strandberg attended Dramaten's student school in 1948-51 and then worked in Uppsala and Gothenburg before returning to Dramaten in the mid-1960s. Among his most notable efforts is the Dramatic premiere of Samuel Becket's modern classic "Waiting for Godot", where he and Ernst-Hugo Järegård performed the lead roles of the Vladimir and Estragon, waiting for someone to never come. The set premiered in 1966 and was given 147 times, the last one in 1979.

Among the many film and television roles are the chief of "Markurells in Wadköping", the police commissioner in the first film about Jönsson League and Colonel Rylander in "Good Neighbors", one of the first Swedish TV soaps. Less flattering is his participation in the turkey-stamped feature film "Raggargänget" from 1962 - also there with Ernst-Hugo Järegård as opponent - but the duo nevertheless received good reviews from critics of the time.

“And it's strange to see what a couple of real actors can still get out of even the craziest and seemingly hopeless roles. Of where their disgust they really do something pretty brilliant, ”wrote the Stockholm newspaper reviewer.

In a written comment to TT, Dramaten's theater manager and artistic director Mattias Andersson says that Strandberg "was a unique and important part of Dramaten's modern history".

"Unfortunately, I have never met him personally or had the privilege of working with him, but older colleagues in the house testify to a very warm, generous and constantly curious professional with fantastic stage presence," says Andersson.

Actor Lena Endre also has only good things to say.

- He was a warm and good colleague who followed me throughout my time at Dramaten. Jan-Olof was also an incomparable actor. You couldn't take his eyes off him. He could play with such small means but who still thundered across the stage, she tells Dagens Nyheter.