Tuesday is celebrated that the Netherlands was liberated 75 years ago after five years of occupation by Nazi Germany. To keep the memories of the Second World War alive, we have listed six facts you (perhaps) did not know about the liberation of the Netherlands. 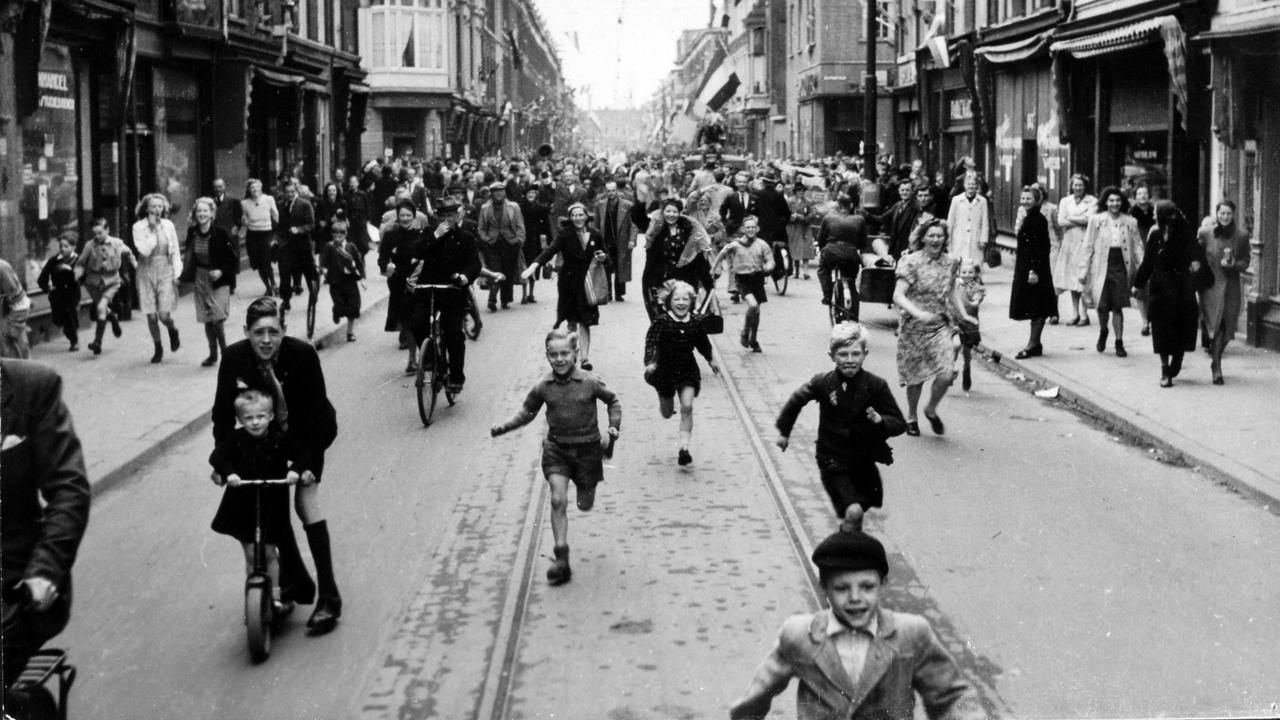 Tuesday is celebrated that the Netherlands was liberated 75 years ago after five years of occupation by Nazi Germany. To keep the memories of the Second World War alive, we have listed six facts you (perhaps) did not know about the liberation of the Netherlands.

Band of Brothers , Saving Private Ryan and more recently Fury are well-known war titles that mainly revolve around the American advance through Western Europe, with an image-defining effect. Now the role of the Americans in defeating Nazi Germany was great, but they certainly hardly participated in the liberation of the Netherlands in 1945.

Canadians do not often appear in major war films, but they did account for the lion's share of expelling the Germans from our country.

The first major achievement of the Canadians in the Netherlands was their important role during the Battle of the Scheldt in October and November 1944. The mouth of the Western Scheldt was conquered from German troops, who wanted to prevent this important access to the port at all costs. van Antwerp fell into Allied hands. From March 1945, Canadian troops and tanks advanced through the east of the Netherlands, after which Drenthe, Friesland and Groningen were also liberated.

That did not go without a struggle everywhere. For example, the city of Groningen was fiercely fought for a few days. The Canadians also suffered heavy losses in the fighting for Delfzijl, which had become the last stronghold of the Germans in the Netherlands, shortly before the end of the war.

Canadian soldiers in action during the liberation of the Netherlands (Picture: Getty Images)

On April 7 and 8, 1945, fighting took place in Drenthe between German troops and French paratroopers. This involved seven hundred mainly French soldiers who were part of the British SAS (Special Air Service), an elite unit that still exists. The purpose of the dropping: to sow confusion among the Germans and get access roads to Groningen in order to ease the advance of the Canadian and Polish troops to the north.

Operation Amherst was fairly successful, although many casualties occurred. About sixty French people died or went missing. Many resistance fighters and civilians were also killed by the fighting or by German reprisals.

Before the liberation, there was already a deal with the Germans

Hotel De Wereld in Wageningen is known as the place where on 5 May 1945 the capitulation of the Germans in the Netherlands was negotiated (which was signed a day later). Less known is the Achterveld Agreement, for which it was already decided on 28 April that the Allies could provide food aid to the west of the Netherlands.

That part of the country was not yet liberated and was severely affected by food shortages. In the hunger winter of 44-45, it is estimated that 20,000 to 30,000 Dutch people died.

Operation Manna and Operation Chouwhound emerged from the discussions in Achterveld . British and American bombers dropped food parcels over the hungry west. Food also came to the west by road. This happened the week before the German capitulation was formally signed on Sunday May 6, 1945.

Liberated by the Poles? Yes, the Poles

Breda, Emmen and Winschoten are just some cities that the 1st Polish Armored Division may call their liberators. This unit of about 16,000 soldiers mainly consisted of Polish troops who managed to escape the Germans in 1939 and again fought with the Wehrmacht in France in 1940.

After another flight to England, the Poles returned to the European mainland in 1944, as a Polish part of the British army and equipped with American Sherman tanks.

Then the division advanced northward. Many Belgian places were already liberated by the Polish fighters before they joined the Battle of the Scheldt. After that, Breda was liberated, among other things. In the following year, the advance continued via Overijssel and northwards along the border with Germany.

Despite their great contribution to ending the war, many troops did not want to return to Poland, which had since become a Soviet client state. The soldiers who survived the war spread all over the world.

The 'Russian War' on Texel

On Texel, the war was not over until May 20, and it was preceded by a fierce and remarkable battle. This struggle is often referred to as the 'Russian War', even though it involved Georgians. These soldiers were first in the Red Army of the Soviet Union, but ended up in the German army as prisoners of war. This was often to escape from the barbarian prison camps in Nazi Germany. Sometimes that was also forced. That is why at the beginning of April 1945 there were at least 800 Georgians in German service on Texel.

With the prospect of a transfer to the front in the east of the Netherlands, they decided on April 6 to launch an armed uprising. 450 Germans were killed in one night, mostly in their sleep. Subsequently, the Georgians soon encountered an enemy in surplus, as the Germans quickly sent troops from the warned mainland.

After fierce fighting, which also killed many Dutch civilians and resistance fighters, the fight finally ended on May 20 because the Canadians reported on the island. About 550 Georgians were killed. The death toll among the Germans is estimated to be around 800 or perhaps higher.

On to the next Wadden Island: Schiermonnikoog was the last municipality in the Netherlands to be liberated. The last German troops were taken off the island by the Canadians on June 11, 1945, more than a month after the capitulation of Nazi Germany.

In April the permanent German garrison on Schiermonnikoog was joined by SS men and SD men (Sicherheitsdienst) who had fled from Groningen. This group planned to go to a more distant German island, but things turned out differently.

Under the pretext of 'normal' prisoner of war, the group of 100 SD men was lured from the island after the war and detained in Groningen for trial. During the war years, the SD was (partly) responsible for the persecution of the Jews and the fight against the resistance.

See also: How Hitler and Nazi Germany lost the war on the Eastern Front

See also: 75 years after the bombing of Dresden: 'Churchill left us'

See also: Why the Allies didn't bomb Auschwitz (when they knew it)

See also: 75 years of Market Garden: Was liberation of Europe in the right order?