On April 16, Sinopharm Group China Biotech announced that the first batch of 32 volunteers of the New Crown Inactivated Vaccine had completed the vaccination, and the subjects responded well without obvious adverse reactions.

In addition, the inactivated vaccine developed by Beijing Kexing Zhongwei Biotechnology Co., Ltd. was also licensed on April 13 and clinical trials were launched on the 16th.

Inactivated vaccine refers to a vaccine that kills the virus by physical or chemical means while preserving the immunogenicity of the virus, so that the recipient can produce an immune response. Compared with other types of vaccines, inactivated vaccines have the advantages of advanced research and development technology, mature production technology, controllable quality standards, and good protection effects. They are the most effective vaccine development path for new and emerging infectious diseases. Since the outbreak of the New Coronary Pneumonia epidemic, in order to improve the success rate of vaccine research and development, China's vaccine emergency research has been synchronously promoted from five technical routes, inactivated vaccine is one of them.

Due to the sufficient preclinical research data and good results, the State Food and Drug Administration approved the two-phase clinical trial of the new crown inactivated vaccine developed by the Wuhan Institute of Biological Products at one time, which also means that the market progress of the vaccine will be further accelerated.

On January 5, the Wuhan Institute of Virology, Chinese Academy of Sciences successfully isolated new coronavirus strains, and the research and development of the new inactivated vaccine started. On January 19, Sinopharm Group China Biotech set up a leading group for scientific research, deployed three research institutes, and developed new crown vaccines on two technical routes. The inactivated vaccines were developed by Wuhan Institute of Biological Products and Wuhan Institute of Virology, Chinese Academy of Sciences, Beijing Institute of Biological Products and Viral Disease Control and Prevention Institute of China Center for Disease Control and Prevention respectively in Wuhan and Beijing, and genetically engineered vaccines were developed by China Institute of Biotechnology Take the lead. The scientific research team established the three-level seed bank in the shortest time, completed the virus inactivation verification, process and formulation research, animal immunogenicity research, and the design of the safety evaluation plan, etc., and urgently initiated follow-up registration under the principle of science Relevant work to ensure safe and effective quality, clear and orderly development plan, and accelerated advancement of approval and declaration.

On February 1, Sinopharm Group, as the lead unit, obtained the emergency project of the key special project "2019-nCoV Inactivated Vaccine" of the National Key R & D Program of the Ministry of Science and Technology "Public Safety Risk Prevention and Emergency Technology Equipment", and the scientific research team Working overtime will advance the work.

On February 14th, the scientific research team obtained purified antigens; from February 16th, began to conduct immunogenicity studies on vaccines in various experimental animals such as rats, mice, guinea pigs, rhesus monkeys, and cynomolgus monkeys; On February 25th, the protective study of the vaccine was started, and the animal challenge test proved that the vaccine can reduce the viral load in the animal without disease.

"Protection research has been carried out until April 7, and experiments on rhesus monkeys and other animals have proved that the vaccine has a good protective effect." Said Wang Zejun, director of the viral vaccine research department of the Wuhan Institute of Biological Products.

Preclinical safety assessment is an essential step in vaccine development. From March 8 to April 7, the scientific research team carried out animal safety evaluation work, the research results are very satisfactory, the animal did not show any abnormal reactions and adverse reactions.

The virus species is the basis for the development and preparation of vaccines. The scientific research team simultaneously carried out the construction of the virus seed bank. According to the relevant regulations, the third-level virus seed bank was established on February 28, and clinical batch registration of vaccine production began, and the production of three batches of vaccines was completed on March 18.

On April 4th, the inactivated vaccine produced by Wuhan Institute of Biological Products passed the self-test, and on April 9th, it received the verification report from the China Food and Drug Administration. On April 10, the Wuhan Institute of Biological Products submitted the final version of the application materials as required. On April 12, the vaccine was approved by the State Drug Administration for clinical trials.

Overcome difficult to speed up vaccine research and development

"In the past, it took about 10 years to develop an innovative vaccine," said Zhang Yuntao, vice president of China National Pharmaceutical Group. Vaccines are special medicines used in healthy people. In addition to a suitable production process, their preclinical safety and effectiveness evaluation are very important. In 2014, the Ebola virus broke out in Africa, but it was not until five years later that the first Ebola vaccine was approved in the United States and the European Union.

Why is the development of this new crown inactivated vaccine so rapid? Zhang Yuntao said that three reasons have compressed the development time of the new crown vaccine: one is the continuous combat and hard work of scientific researchers, the second is the multi-line simultaneous improvement of the success rate of vaccine research and development, and the third is that the country does not reduce standards and processes Without reducing the situation, we accelerated the review and approval of vaccines.

"'Fast' is important, but it must also be 'good'." This is a sentence often emphasized by Yang Xiaoming, president and party secretary of Sinopharm Group's China Biology, in this new crown vaccine development "blitzkrieg". He said that in terms of the advanced nature of the production process, the production R & D process, testing quality standards, and testing methods used by Sinopharm China Bio-New Crown Vaccine Production Base are all leading internationally.

Before the Spring Festival, researcher Fang Xijing from the Wuhan Institute of Biological Products returned to his home in Huainan, Anhui. On January 23, Wuhan announced the closure of the city; on February 1, the vaccine research and development work was urgently approved. This makes Fang Xijing anxious-her work is related to the key link of quality control.

In order to return to work as soon as possible, Fang Xijing contacted the company as soon as possible to issue a proof of epidemic prevention work, and repeatedly contacted the residential community to apply for return to Wuhan. At 6 am on February 19, she boarded the G1741 high-speed rail. Affected by the epidemic, the high-speed rail did not stop in Wuhan and needed to go to Yueyang to find a way back to Wuhan. When the train conductor learned of her work, she made a technical special stop in Wuhan for her. At 11 o'clock that night, Fang Xijing rushed to the laboratory and immediately devoted himself to intense scientific research.

Like Fang Xijing, members of the Wuhan Institute of Biological Products who have been out of the field have overcome many obstacles and experienced various twists and turns, gathering from all directions to Wuhan. Around February 20th, the research backbone of the institute was basically in place, and they jointly invested in this battle without smoke, fighting against the virus and racing against time.

The unknown and constant spread of the new coronavirus has increased the difficulty and urgency of research and development. Even more difficult and dangerous is that all operations dealing with live viruses must be done in a biological laboratory with a high security level. Facing the grim situation, Wang Zejun faced the difficulties and took the initiative to ask Tassel to undertake the important task of developing a new crown inactivated vaccine. "Only by understanding the characteristics of the virus and mastering all aspects of its laws, can we race against its changes every second." While organizing the specific work of R & D projects every day, Wang Zejun devoted himself to the research of relevant literature and materials, often exploring into the early morning At two or three o'clock, the next day went on to fight the epidemic.

As the R & D institutions struggled day and night, the State Food and Drug Administration also launched a series of special approval mechanisms, opening up a fast track for vaccine research and development.

In the past, R & D institutions needed to prepare all the application materials and submit them at once. Now they can submit the materials on a rolling basis, and the State Food and Drug Administration will carry out the review synchronously to increase the speed of approval. In addition, the relevant departments also held a number of special technical communication meetings to solve the problems that many drug regulatory departments concerned when the vaccine was approved in the research and development process, which greatly shortened the approval time.

"In addition to adenovirus vector vaccines and inactivated vaccines, the development of other three vaccine technology routes is also accelerating." Wu Yuanbin, director of the Department of Social Development and Technology of the Ministry of Science and Technology, said that the construction of the attenuated influenza virus vector vaccine has been completed. And the establishment of quality inspection methods, ongoing quality process research and quality verification, pilot production, animal challenge testing and safety evaluation experiments are also carried out at the same time; the recombinant protein vaccine has completed the construction of the virus species, and is developing cells and viruses Species identification and genetic stability inspection, animal challenge test and safety evaluation experiment; nucleic acid vaccine has also entered the research stage of animal effectiveness and safety evaluation, and simultaneously carried out the preparation and quality verification of clinical samples.

"The vaccines of the above technical route are expected to be submitted for clinical trials in April and May." Wu Yuanbin said.

The development of vaccines into clinical trials is a major advancement. At the same time, Wang Junzhi, academician of the Chinese Academy of Engineering, also emphasized that clinical trials are divided into three phases, and their goals and meanings, programs, and time required are different. Therefore, "even if we are in an emergency situation, in fact, the evaluation criteria for the safety and effectiveness of vaccines in the entire review process cannot be lowered."

Vaccines are the key to the prevention and control of this epidemic. Many countries around the world are racing to develop new coronavirus vaccines. A research report published by the Epidemic Prevention Innovation Alliance shows that as of April 8, a total of 115 candidate new crown vaccines are under development globally, 78 of which have been confirmed to start trials, and 5 candidate vaccines have entered clinical trials.

"In the next step, China Biotechnology will go all out to compete against each other, accelerate scientific research, strive to complete the clinical trial research of the new crown inactivated vaccine as soon as possible, prepare a safe and effective new crown vaccine as soon as possible, and put it on the market on a large scale based on the emergency use. , To meet domestic and international needs, and make new contributions to defeating the new coronary pneumonia epidemic and ensuring human public health safety.

At present, the epidemic of new coronary pneumonia has affected more than 200 countries and regions around the world. Public health security is a common challenge facing mankind, and no country can stay out of it. China also actively advocates global cooperation in vaccine research and development. China's efforts to develop new crown vaccines and achieve new breakthroughs are not only for the prevention and control of domestic epidemics, but also for the world's public health.

Li Yunshu, website of the Central Commission for Discipline Inspection 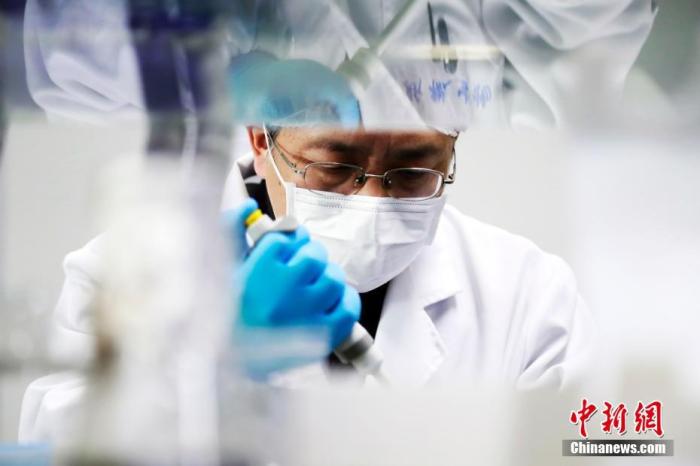 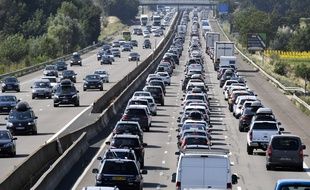