[Commentary] On April 7, Henan senior high school students returned to school to resume school. The students who have finished their home study life for more than 70 days are looking forward to the start of the school. Through this new coronary pneumonia epidemic, some students have included medical majors in their future academic plans.

On the morning of the same day, the reporter saw at Zhengzhou Foreign Languages ​​School that the start of the school was less crowded than before. The school's intimate service warmed the students' hearts, and the large luggage school will arrange volunteers to be sent downstairs. Parents stop at the school entrance, and students will pass the identity verification and temperature measurement in order according to the separation distance to reach the check-in place, and then enter the dormitory and classroom along the prescribed line.

[Same period] (Senior high school students in Zhengzhou Foreign Language School) I really want to start school, I look forward to it, because I really do not study at home very efficiently. Interactive, there is a learning atmosphere, and supervision is also relatively large.

[Same period] (Zhengzhou Foreign Language School senior high school student Wu Xueying) Some people from all walks of life in the society have made great contributions to this epidemic and the country. I had never considered the profession of medicine, but now I feel that I put Medical majors are incorporated into their own future plans.

[Commentary] Sun Qiuhao, director of the Moral Education Department of Zhengzhou Foreign Languages ​​School, told reporters that on the eve of the third year of high school, the school has already carried out a full range of disinfection work. During the resumption of school, the original third grade of the school was implemented with boarding system. The 16 classes were divided into two, the classroom students were more than 1.5 meters apart, and the dormitory was reallocated for every three people. Students entering and leaving classrooms and dormitories need to measure their body temperature and follow the planned route. The dining place was changed from the dining room to the classroom, and the non-contact delivery was realized by a dedicated person. After returning to school, sterilize at least 3 times a day.

[Same period] (Sun Qiuhao, Director of the Moral Education Department of Zhengzhou Foreign Languages ​​School) Before the start of school, we also thoroughly cleaned and disinfected every corner of the campus. At the same time, we also conducted simulation exercises in various aspects after the students returned to school, so that after the students returned to school, they guaranteed a safer and more secure learning and living atmosphere.

[Explanation] In Henan, according to the requirements of the Provincial Department of Education, all localities have refined and improved the work plan for returning to school for senior third grade students, organizing students to go back to school in batches and at the wrong time to avoid the accumulation of personnel. The rigorous inspection and disinfection work in various schools also allowed the parents of students to take a "heart-pill."

[Same period] (Student parent Ms. Wang) The school is very thoughtful and the arrangement is very meticulous. You can see that the luggage checked is very user-friendly. From this entrance, the temperature measurement series are arranged very carefully. Day study is not (certainly) safe. It should be the safest boarding. The student does not run back and forth, and his heart is stable. He is here to learn. (I hope the student) work hard for his goal.

[Same period] (Student parent Yang Jianlin) The child went to bed at 12 o'clock yesterday (night) and has been unable to sleep in excitement. It is hoped that he will study hard for the rest, more than three months, so that his achievements this year will not be affected by the epidemic. (I) have confidence in the epidemic prevention of the school and have more confidence in the national epidemic prevention. 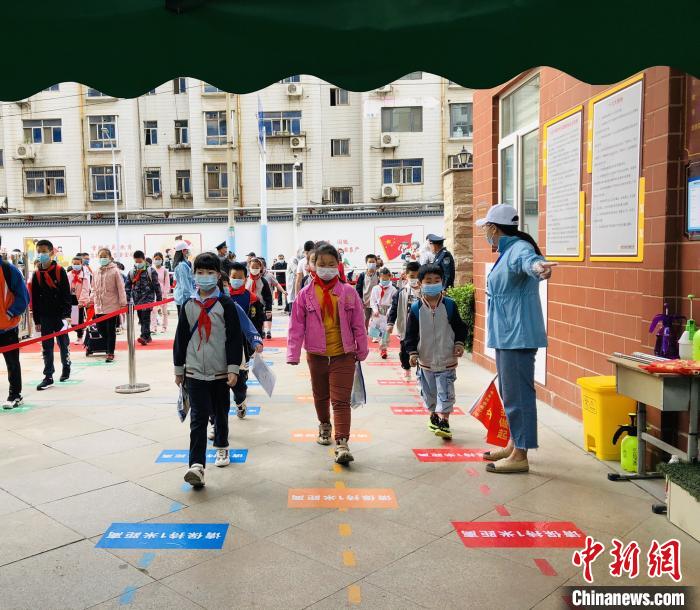 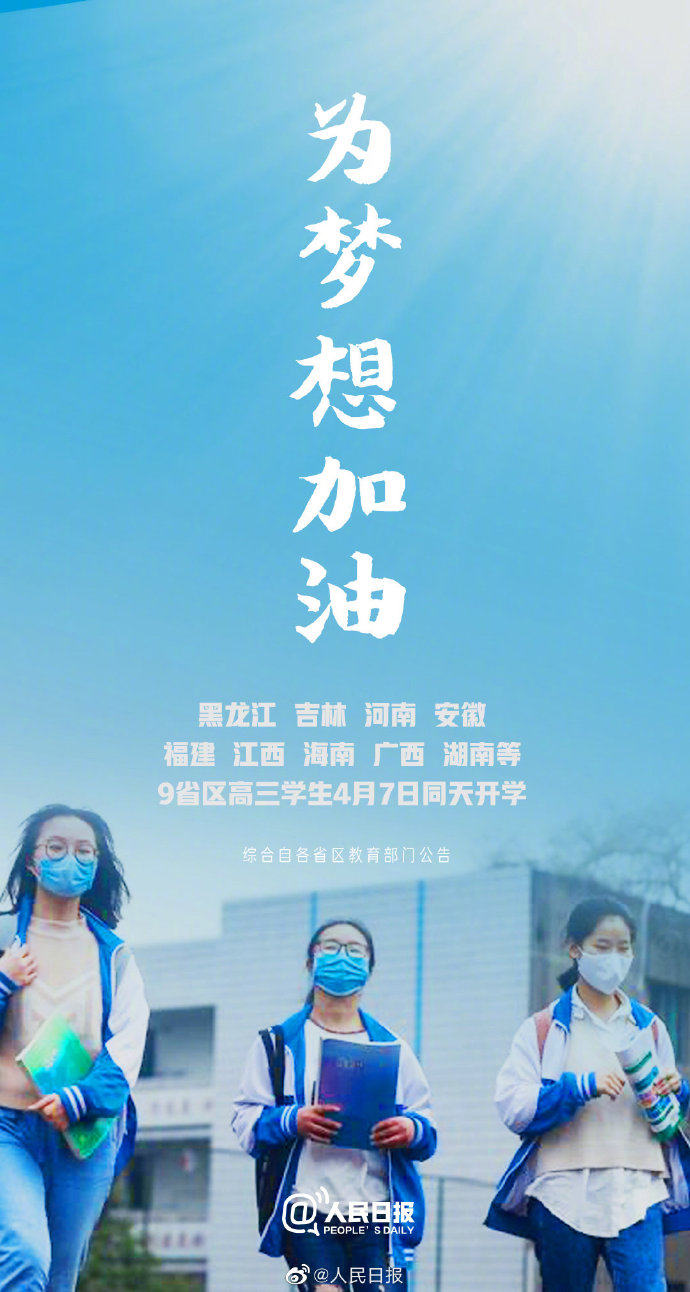 Life/Entertain 2020-04-07T05:18:52.269Z
College entrance examination postponed for one month due to epidemic situation

Life/Entertain 2020-04-07T00:03:35.045Z
College entrance examination postponed for one month due to epidemic situation

News/Politics 2020-05-07T22:45:09.143Z
A number of colleges and universities across the country announced the enrollment brochure for the "Strong Foundation Program"