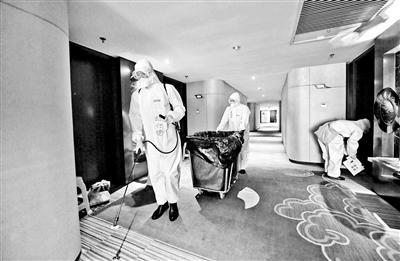 At present, the city's prevention of new cases of imported coronary pneumonia cases is grim and the task is arduous, and the epidemic prevention and control in the capital must not be paralyzed. From March 16th, all personnel entering the country will need to conduct quarantine observation for 14 days. As of March 20, 149 places for the concentration of overseas personnel entering Beijing have been established in all districts of the city.

Yesterday afternoon, a reporter from the Beijing Youth Daily followed the Beijing Municipal Health and Health Supervision Institute to an overseas medical observation point in Chaoyang District for the centralized isolation of medical observation points for supervision and inspection. Law enforcement personnel focused on key points such as personal protection, health observation, symptom monitoring, disinfection and isolation, waste disposal, ventilation system, drinking water safety, etc., as well as the coordination mechanism and work of street communities, health and health administrative departments, and isolated point operating units. The implementation of the process has carried out detailed and comprehensive supervision and inspection.

There are already 20 in Chaoyang District

According to Xu Guo, deputy director of the Chaoyang District Health and Health Supervision Institute, there are currently 20 medical observation sites for centralized foreigners entering Chaoyang District, including 16 in Chaoyang District and 4 outside the district. "In the early stage, we selected more than 40 points in advance, and after screening, including comprehensive consideration of hotel security, hotel environment, safety and health, etc., there were only more than 20 in actual operation." Each isolation point has a medical team. The district health supervision agency conducts daily inspections in six working groups, including the security group, the territory monitoring group, and the prevention and control group. The inspections included the safety of domestic water and drinking water, the disinfection of public places, the ventilation system, the disinfection, the disposal of domestic waste and medical waste, and so on. At the same time, supervision and inspection of five processes including personal protection, health monitoring, temperature monitoring, disinfection and isolation should also be conducted.

Within this quarantine point, there are medical staff at the community health service center in the territories to provide medical services at any time. According to the director of the center, Yang Feiheng, the observation point was opened on March 21, and more than 220 overseas migrants were recruited on the same day, and they were fully occupied in the next two to three days. As of yesterday, 261 rooms have been occupied by quarantine personnel, and a total of 268 people have been housed. Some of the elderly and children who need care have been in the same room with their families after medical evaluation. As of yesterday, there were no confirmed cases and no nucleic acid test-positive cases at this isolation point, and some people who had symptoms such as fever, cough, and sore throat had been screened out to exclude the possibility of new coronary pneumonia.

In this isolation point, all the occupants need to pass the temperature test before they can move in, and the abnormal temperature should be referred. After completing the relevant procedures, each person will send a thermometer to take self-measurement every day. The staff will use the phone to communicate the temperature situation twice a day. Medical staff will also ask them about their physical condition or conduct psychological counseling. What if the guest develops temperature or other symptoms during isolation? Medical staff stationed in the quarantine hotel will investigate and determine whether to continue observation or referral. If there are no problems during quarantine, the quarantine can be lifted according to normal procedures, and the personnel can leave on their own.

According to the hotel manager, in terms of diet, it is specially made by the hotel. It does not re-sample every day. It is made with vegetarian food, including soup, fruit, Chinese food, western food, and dumplings such as dumplings to meet different needs. When it's time to eat, the staff will put on protective clothing and deliver meals to the quarantine regularly. Meals are packed directly and placed on a small stool at the door of the room. After an hour of eating, the quarantine staff put the kitchen waste and the house waste at the door, and the staff recycled them. At the same time, staff have to disinfect public areas. In other words, there are three times of food delivery, three times of garbage collection, and three times of killing public areas.

The hotel manager said that tableware is in single-use packaging and is no longer recycled. In addition, if the family members of the quarantine have items and food to be transferred, the hotel can provide 24 hours collection service. After relevant inspection and disinfection, the staff will be delivered to the designated room door at the time of delivery.

In addition to temperature detection

Monitor 5 Symptoms of Isolates and Staff

Liu Jinsong, the deputy director of the Municipal Health and Health Supervision Institute, introduced that before the opening of the centralized isolation medical observation points for all immigrants in the city, they had undergone on-site assessment from relevant experts in terms of site selection, layout, ventilation, and waste disposal to ensure that the isolation point could be reached. Set hygiene and related management requirements. After the isolation point is opened, the territorial health and administrative department will also organize disease control, supervision and other professional teams to conduct inspection and guidance on each observation point, timely find problems in the work, put forward suggestions for improvement and promptly rectify on-site to ensure centralized isolation medicine. Observation was effectively implemented.

"Have you trained in putting on and taking off protective clothing?" "Did you divide the polluted area, semi-polluted area, and clean area?" "How is the daily waste generated?" "How is the disinfection of public places every day?" "Isolation personnel How is the ventilation of the living room? "... At the scene, the law enforcement officers of the Municipal Health Supervision Institute carefully inquired about key points such as personal protection, health observation, symptom monitoring, disinfection and isolation, waste disposal, and ventilation system in the isolation point. Subsequently, law enforcement officers along the way put on a layer of protective clothing and came to the hotel's 5th floor corridor to check the status of disinfection and garbage collection. Law enforcement officers on the other road went to the basement of the hotel to supervise and inspect the secondary water supply. Liu Jinsong affirmed the implementation of the epidemic prevention and control measures at the isolated observation point, and thanked the staff of the various departments who persisted in the station for their hard work.

Liu Jinsong said that recently, Beijing has just issued a document that requires each isolation point to monitor the temperature detection. In addition, the isolation personnel and staff in the isolation point must be monitored for 5 major symptoms, including diarrhea, vomiting, jaundice, Rash and conjunctival redness and swelling. Liu Jinsong said that in the spring of each year, the above-mentioned respiratory and digestive diseases are prone to occur, so it is necessary to monitor and deal with these conditions in a timely manner. 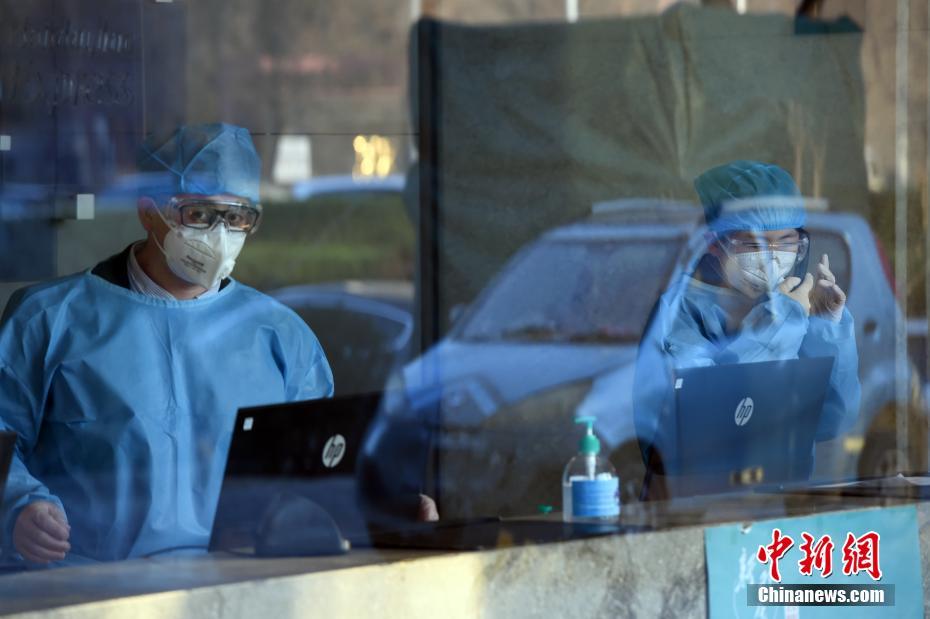 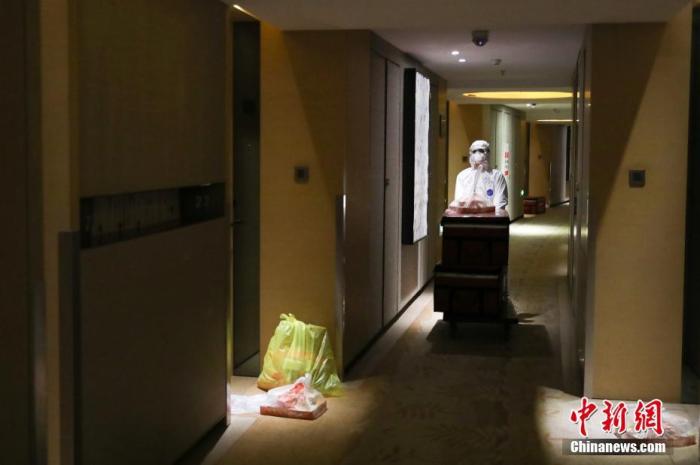 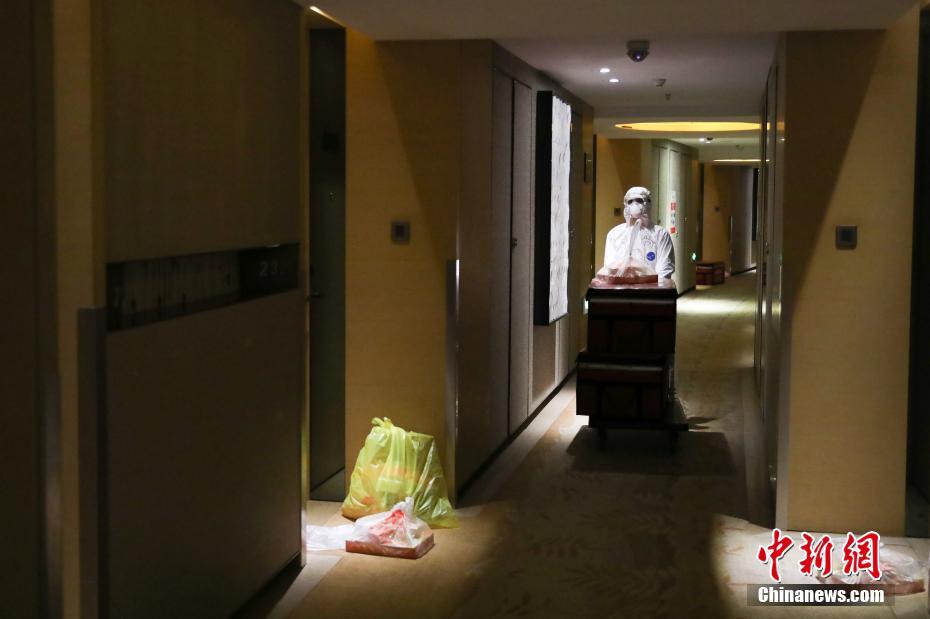