March 21, the day of renewal of the revered verses of "Set Al-Habayeb"

With the advent of Mother’s Day on March 21 each year, archaeologists and Egyptologists regain images of honoring the ancient Egyptians for mothers thousands of years ago, which the Egyptians describe as “the goddess of the house” and “Set Al-Habayeb,” and other honors titles. University of South Valley, high 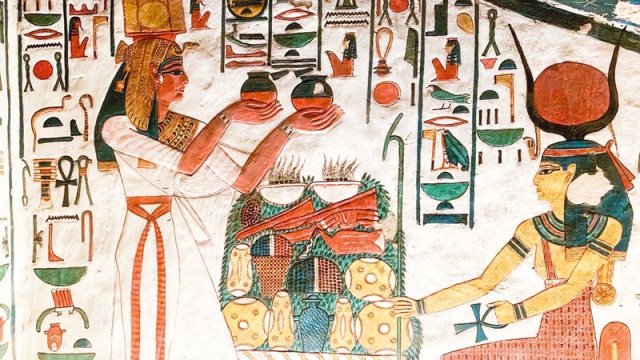 With the advent of Mother's Day on March 21 each year, archaeologists and Egyptologists regain images of honoring the ancient Egyptians for mothers thousands of years ago, which the Egyptians describe as "the goddess of the house" and "Set Al-Habayeb", and other honors titles.

The dean of the Faculty of Archeology at South Valley University, Egyptologist Dr. Eman Abu Zayd, said that respect, honor and sanctification of mothers in ancient Egypt was not confined to the common people, but was known to kings, queens, nobles and nobles, and all the spectra of the people in ancient Egypt.

She stated that the mother of the king or the mother queen had the highest revered verses from the king and from the common people who were looking at it in a sacred way. She pointed out that King Ramses II granted a great royal esteem as much as he could to his mother Queen «Toya» the wife of King Siti I, who lived until she saw her son inheriting the throne of his father, and her son King Ramses II, buried her body among the great kings of Egypt in the Valley of the Kings In the necropolis of Thebes in the west of Luxor, where there are dozens of tombs of the kings of ancient Egypt, while the tomb of his wife, Queen Nefertari, was established between queens and princesses in the Valley of the Queens. According to Dr. Eman AbuZayd, the veneration and honor of mothers was known by kings, nobles, and the general public also in ancient Egypt.

She pointed out that this respect and reverence was not limited to children and grandchildren, but rather extended to the husband as well, because when the wife marries and gives birth to children, she becomes a "housewife" and shares with his husband his grave, his house, and all his possessions.

And it is inferred that among the images of that veneration that women enjoyed in ancient Egypt, whether they are a queen or a commoner, are those statues that were found in the ancient Egyptian temples, which show the spouses side by side next to their children.

Egyptologist Dr. Iman AbuZayd said that the queen, “Titi Shri,” who lived through the stages of expelling the Hyksos from Egypt, and who was one of the greatest holders of the title of “Queen Mother” in ancient Egypt, had a sacred position with the ancient Egyptians, and had a great role in spreading Morale of the common people during the wars of liberation.

"Respect and reverence were not limited to children and grandchildren, but it extended to the husband as well."