(Fighting New Coronary Pneumonia) Chengdu Hairdresser Haircuts Over 700 People For Free During Epidemic: I Will Feel Uncomfortable If I Do n’t Do It

China News Network, Chengdu, March 6th (Reporter He Yan) "I haven't had a haircut for 2 months. I know Master Sun is obliged to help our community with a haircut, so I will make an appointment." Luo Guangming, who was just after finishing his hair, was very excited. To tell reporters.

Because of continuous epidemic prevention at home, haircuts have become difficult for citizens. Such a hairdresser appeared in Xindu District, Chengdu. During the epidemic prevention period, he had solved the "top priority" for more than 700 people for free. Recently, the reporter saw Sun Zhiyong in a community in Xindu, who was cutting hair for the residents of the community.

The area where Sun Zhiyong's haircut is a closed entrance in the neighborhood, a table and a stool are his simple operation area. Regardless of the elderly and children, Sun Zhiyong patiently sterilized her haircut appliances and cut her hair. Before the haircut, Sun Zhiyong will also ask how to cut each other?

Sun Zhiyong cuts hair for the residents of the community. Photo by He Yan

Zhao Yahe, the secretary of the second party branch of the commercial and residential sector of the Macha community in Xindu District, Chengdu, told reporters that he found that residents in the community had haircut needs, and Sun Zhiyong initiated a haircut solitaire through the community owner WeChat group. In a short time, more than 100 residents in the community responded. "As early as the outbreak, Sun Zhiyong has been running around the police station and hospital nearby to provide free haircuts to workers on the front line of the epidemic."

Zhao Yahe also said that after the spread of Sun Zhiyong's free haircut for everyone, he infected the surrounding residents. Under his influence, more people donated blood, donated, donated masks, and thermometers. "No matter the ability or the amount of what you can do, love is the best, and then trickle into the sea to make our society full of love." Zhao Yahe said excitedly.

"I just hope that as each Chinese, in our own position, we can shine in our specialty, that is, give our country and society a little power." For everyone's praise, Sun Zhiyong seemed very modest. He said that his free haircut was actually insignificant compared to people in the anti-Japanese war. "Actually, I don't say that I want to figure out what I want to do, I just want to make myself feel better." Sun Zhiyong said that when he faced these things, if he didn't do it, his heart would be uncomfortable.

Sun Zhiyong also told reporters that before the epidemic is over, as long as everyone has demand, he will continue to do so. (Finish) 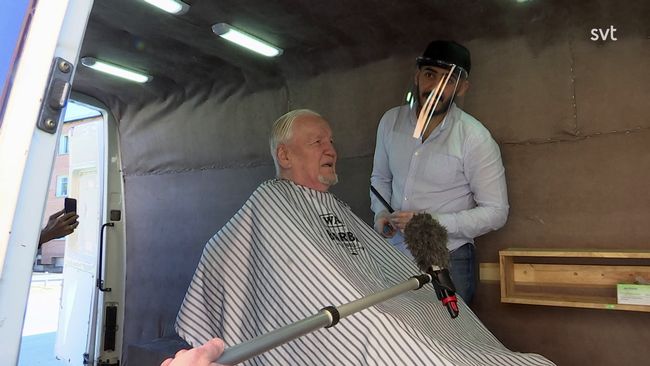