The NGO does not take off on Monday morning after its poster campaign was refused by Mediatransports, the main advertising agency for Ile-de-France transport. 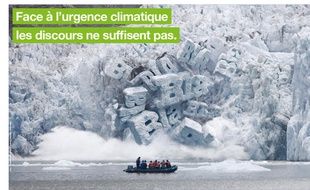 You will not see this poster designed by the Strike agency for Greenpeace in the Paris metro. It has been revoked by the Mediatransports region. - Greenpeace / Strike Agency

"Pubs for SUVs or air transport are good, but questioning our political decision-makers on the climate emergency is prohibited ..." The NGO Greenpeace is having trouble digesting, this Monday morning, that their new communication campaign had been postponed by Mediatransports, the main advertising agency for Parisian transport. It was similarly refused by around twenty cinemas in France.

Yes to the SUV, no to the climate emergency?

Designed with the Strike agency, this campaign, which includes a sixty-second film, a display and digital broadcasting, aims to illustrate the gap between the speeches and the actions of political decision-makers. Different sequences depicting the worsening of climatic events reveal the words "BLA BLA" in ice, wood, plastic, metal, describes the NGO on its website. These words collapse, fly away in tornadoes, are swept away by floods or burn in gigantic fires with, in sound counterpoint, extracts from ambitious speeches on the climate of presidents Nicolas Sarkozy, François Hollande and Emmanuel Macron.

🔴 The climate, a “sensitive” subject?

It was refused on several media # metro # cinema

To ask politicians to act for the greatest danger of humanity would have become subversive?

According to Greenpeace, Mediatransports deemed this campaign "too political", although the visuals were found to be compliant by the Professional Advertising Regulation Authority (ARPP). “In a context in which scientific alerts follow one after another to explain that we are the last generation to be able to act, it is surprising to note that Mediatransports considers posters recalling the climate emergency as unworthy of the Paris metro, while the airlines for example They are developing large-scale campaigns there, encouraging travelers to take the plane like others take the metro, ”criticizes Jean-François Julliard, director general of Greenpeace France.

In the Lyon and Toulouse metro

"The refusal is not linked to the environmental message that Greenpeace wanted to convey," said Alexandra Lafay, director of communication at Mediatransports to 20 Minutes . But as an advertising agency operating in the field of public companies such as the SNCF and the RATP, we are not authorized to broadcast political campaigns. Similarly, a politician will not be able to advertise in the metro on the sidelines of an election or to question the public on a topical subject such as that of pensions. "

If the campaign is refused in the Paris metro, Greenpeace recalls that it was accepted by Clear Channel, another advertising agency operating on transport networks in other cities. "The posters will be visible in the metro stations of Lyon and Toulouse and on the tram network of Montpellier and Bordeaux," explains Laurence Veyne, director of communications for Greenpeace.

"Mediatransports' refusal is all the more surprising since the management has already accepted campaigns from other NGOs in the past, directly questioning Emmanuel Macron on other major causes," she continues. In particular AIDS with Solidarity AIDS or Aid campaigns, the last going back to last November. " 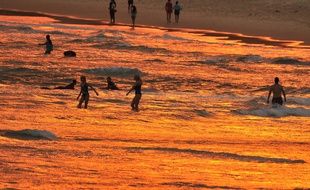 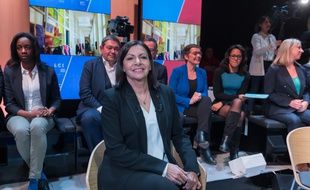 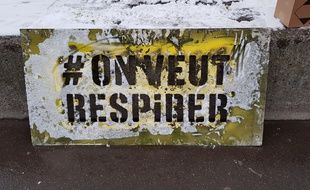 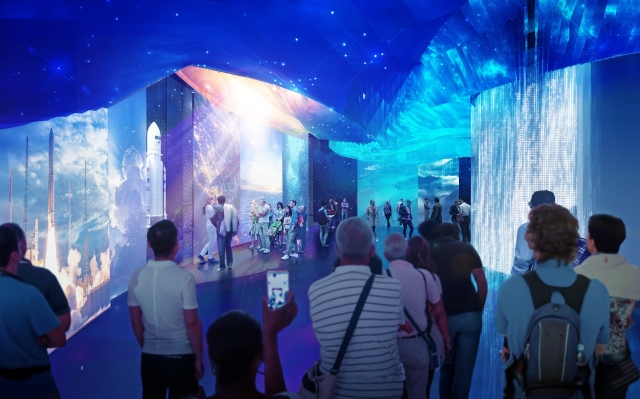 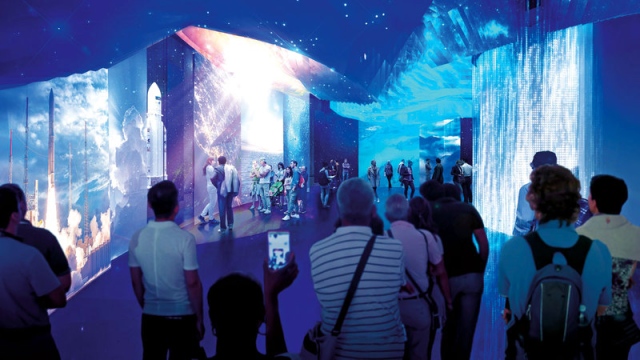