How does aerosol spread the virus? Be sure to wear a mask in these places

How does aerosol spread the virus, and what are the particulars of wearing a mask?

How does Newcomer virus spread? Understanding this problem is a prerequisite for protection.

However, it is extremely cunning. Since the outbreak, the virus has spread quickly, is difficult to prevent and control, and has a long incubation period. It has been called "rogue virus" by doctors. Rumours that the different routes of transmission led to contagion even caused panic.

Science and Technology Daily: Is the new type of coronavirus pneumonia mainly transmitted through the respiratory tract?

Science and Technology Daily: Recently, there are reports that the virus can be transmitted through aerosols. The public is relatively new to the concept of aerosols and has even caused panic. What exactly is an aerosol?

Qin Chuan: Actually, aerosol is not mysterious. It is a colloidal dispersion system formed by small solid or liquid particles suspended in the air with a size of 0.001-100 microns. It is a physical state of air. Because the particles in this size range are not easy to settle, they can be suspended in the air for a long time and can be used as a carrier for pathogenic microorganisms such as viruses and bacteria to spread diseases.

Science and Technology Daily: So, is there aerosol transmission?

Qin Chuan: In recent days, there have been claims that the virus can be transmitted through aerosols. Because most people do not know aerosols well, they cause a lot of panic.

At present, for the passage of the new coronavirus, scientists have carried out mouse experiments in the laboratory. It has been confirmed that direct respiratory tract and close contact are the most susceptible to infection. The aerosol route is difficult to inhale a sufficient amount of virus in a short time. It is less likely to be infected by aerosols under conditions of air circulation rather than at extremely high concentrations.

Science and Technology Daily: What is the difference between droplet and aerosol transmission?

Qin Chuan: The droplet transmission emphasizes that the droplets flying out of the respiratory tract of the infected person are directly inhaled by the close contact and become infected. Due to the large diameter of the droplets, they will sink quickly in the air, usually meaning short-range propagation.

Aerosol transmission, in theory, means that viruses or bacteria can be transmitted through aerosols over long distances, which can reach tens of meters, or even hundreds of meters, far beyond the transmission distance of droplets, which usually means long-distance transmission.

Whether a virus can spread through an aerosol depends on its survival time in the air, its ability to infect, and its concentration. However, in a well-ventilated environment, virus-laden aerosols are diluted and the chance of infection is extremely low.

Science and Technology Daily: How to protect when it is not clear whether there is aerosol transmission?

Qin Chuan: Generally speaking, whether it is droplet transmission, aerosol transmission, or air transmission, they are all transmitted through the respiratory tract, and the prevention methods are the same: during epidemics, do not go to densely populated places, and the room is often ventilated. In addition, as long as we wear the correct masks, we can effectively avoid respiratory infections.

In addition to effectively wearing a mask to prevent infection and transmission of the respiratory system, other ways of transmission should also be paid attention to, such as indirect respiratory tract, eye conjunctiva, and digestive tract transmission by pulling the nostrils, rubbing the eyes, and wiping the mouth. The most effective method of protection is to pay attention to hand hygiene, not only to wash hands before and after meals, but also to wash hands after going to public places and touching public supplies. This is the meaning of frequent hand washing as emphasized by the health department.

Science and Technology Daily: There are reports that the new crown virus has the risk of fecal-oral transmission. What do you think of the transmission of infectious diseases, especially new crown pneumonia?

The first is through the digestive system, which is what we often call fecal-oral transmission. It is customary to classify such pathogens as those of the digestive system, such as cholera, dysentery, salmonella diarrhea, and so on. Such pathogens are relatively well controlled, as long as the mouth is clean, there is no problem, such as heating food adequately, drinking clean water, and not eating indiscriminately can solve the problem.

The second is transmitted through the blood, body fluids, mucous membranes (nasal cavity, conjunctiva, oral cavity, etc.), such as hepatitis B and AIDS.

The third way is through the respiratory system. Respiratory pathogens are the hardest to prevent because we can't help but breathe. Pathogens will choose the greatest opportunity and the most effective way to invade the body. Therefore, many pathogens have the ability to spread through multiple channels. For example, this new type of coronavirus is mainly transmitted through the respiratory tract, and there is speculation (not yet clear) that it may be transmitted through the digestive tract, and even Eye conjunctiva spread. In fact, the human body's systems are also connected. As long as the virus contacts the effective parts, such as the airway, digestive tract, and wounds, it will have the opportunity to invade. Once inside the body, the virus will multiply at its most suitable location, causing disease in the corresponding system.

Science and Technology Daily: How to choose and wear a mask correctly?

Qin Chuan: There are three types of masks, including N95 / KN95 masks, medical surgical masks and ordinary masks. A suitable mask can effectively block the inhalation of pathogenic droplets, reducing or even avoiding the chance of viral infection through the respiratory tract.

We should choose a mask based on our environment. In medical rescue, pathogen detection, pathogen research and other places, N95 / KN95 or medical surgical masks with good blocking effects should be worn, which can effectively block the inhalation of droplets carrying viruses. In ordinary places, we can wear ordinary masks. Although its protective effect is not as good as professional masks, it can block virus droplets and dust with larger particle sizes, and it can also play a role in moisturizing the nasal mucosa, which is not conducive to virus invasion.

It is reminded that wearing more masks is not the best, so it will be counterproductive. If you wear a multi-layer mask, breathing will be laborious, and it will become mouth breathing, which will make the mask wet and thick, and it will easily cause side leakage of the mask, but it will not have the effect of protection. At the same time, obstructed breathing can cause hypoxic breathing, which is harmful to health.

Disposable masks cannot be used repeatedly over a long period of time, as a large amount of dust particles accumulate on the outer surface, which increases the risk of virus accumulation. It should also be noted that when wearing a mask temporarily, it cannot be worn inside or outside, which not only does not provide protection, but increases the risk.

In addition, it is important to remind those who are already sick that they must not wear valve-type N95 / KN95 masks, because the exhaust is unidirectional and the pathogen will be released to the environment through the valve.

When to wear a mask is also particular about. In principle, a mask should be worn during close contact with people during an epidemic. Masks must be worn in public places where air is not flowing or stations, airports, subways, hospitals, theaters, buildings, markets, temple fairs, etc. are easy to gather. In addition, you must wear a mask when there are animals, especially wild animals or live birds.

Now we often see many people wearing masks on empty streets and sparsely populated parks. In fact, it is not necessary. Pathogens will be quickly dispersed in the air, and some UV-sensitive pathogens will be inactivated within minutes. In this case, we do not need to wear a mask.

In addition, masks have an expiration date. One is the expiration date required by the product, and the other is the "expiration date" used. Masks are mainly used to intercept dust particles such as droplets through physical barriers. The better the mask, the stronger the airtightness, and the feeling of "kneading", such as N95 / KN95 or medical surgical mask. After wearing the mask for a period of time, the humidity is very high, indicating that the permeability is blocked. When we are out of breath, it means that the masks have failed and it is time to change. 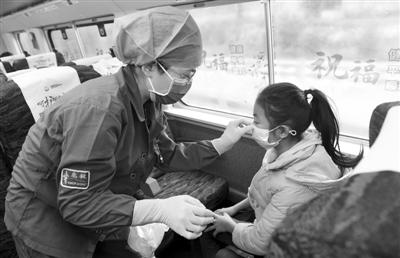 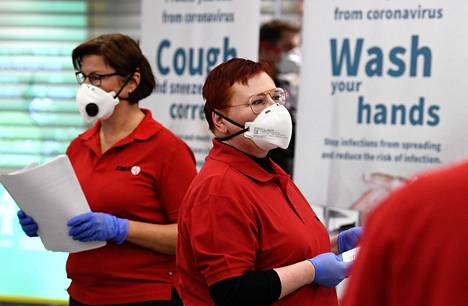 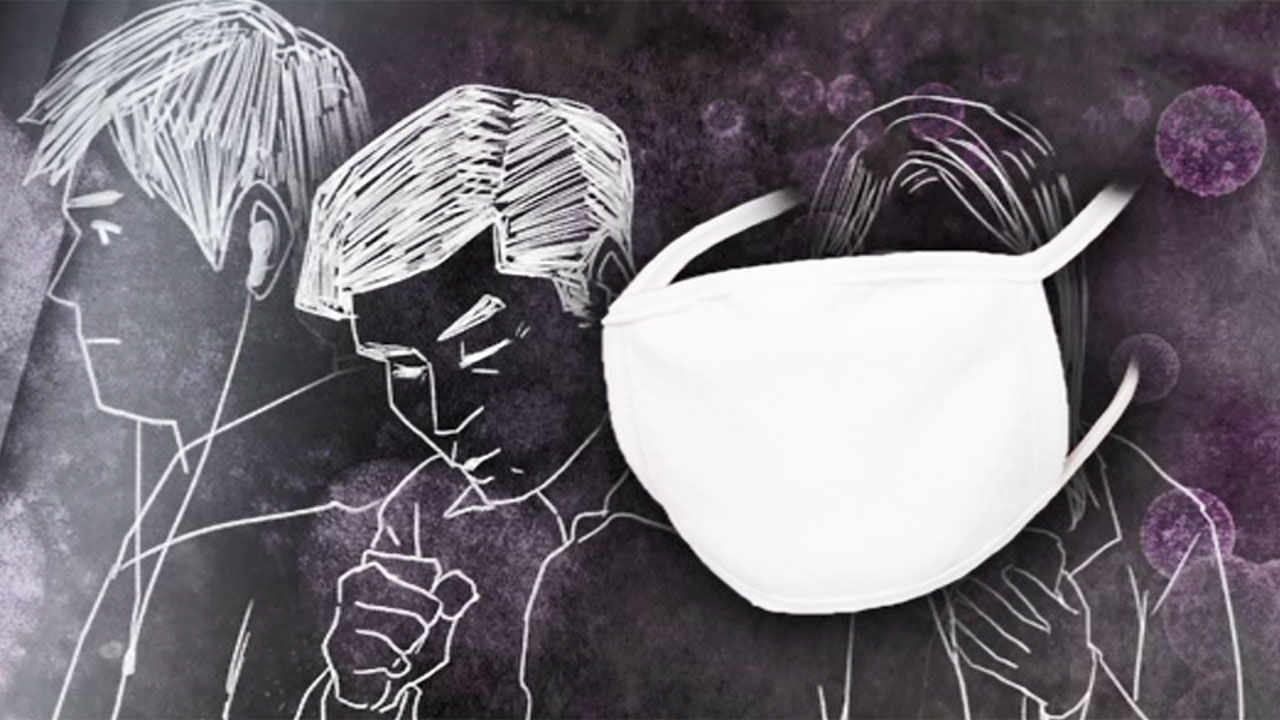