"Xenobot" ... Did scientists create the first robot from living cells?

"Sofia", who was formally designed to resemble the British actress Audrey Hepburnhey, must be the most famous robot in the Arab world now. She acquired Saudi nationality a few years ago, and from time to time she appears in Arab technological and political celebrations to take pictures with everyone and appear in evening programs to dazzle Citizens, what their country can reach one day.

But even though Sofia is made of metal and plastic, we cannot define it as a piece of metal or plastic, but rather define it as a "robot", i.e. a mechanical machine capable of doing pre-programmed actions, in fact it can use anything to make a robot As long as it meets that definition, rocks or timber can be used, so can life itself be used!

"We are facing a unique living robot, not a traditional robot nor a living being, but a programmable living being," said Sam Kriegman, a computing specialist from the American University of Vermont, in an interview with Meydan. On a completely new idea of ​​its kind, which is that - instead of metal and plastic - we can use living cells to create a living entity that performs predetermined functions.

Thus, it becomes a living robot. Just as the book is made of wood primarily, but we do not call it a "tree", the "Zenobot" as well, is made from living cells but we cannot simply call it an animal. The term "xenobus" consists of two parts. The second, as you can see, refers to the robot. The first is "Zeno", which is relative to the African herd or "Xenopus laevis", a type of frog.

Craigman and his companions got stem cells from the embryos of this type of frog, the ones that later differentiated into skin cells and heart cells. Stem cells are simply an active, unspecialized type of cell, that can differentiate into specialized cells, and also has a high ability to divide to regenerate Herself constantly, in the experiments of Craigman and his companions, those cells grew into a grain of sand, only about half a millimeter.

"Heart cells strike about once per second, and they are fed by a fatty store around them, so they can live more than a week," says the computing professor to Meydan Editor, explaining that the idea is to make a simple, pulsed organism through the heart cells, and an independent force. By itself because it contains skin cells that, depending on their nature, protect what they envelop, but the matter - according to their studies issued a few days ago in the publications of the National Academy of Sciences (PNAS) - does not stop there.

As you can see, Craigman and his colleagues from the University of Vermont are computing professionals, and their main role was simply simulating nature. In a clearer sense, this team used the University of Vermont's Deep Computer supercomputer to design an intelligent algorithm that uses basic rudimentary information about the nature of the heartbeat and pulsing cells in order to build a huge number of possible anatomical structures that each contain about 20,000 cells.

It's like having only two types of Lego pieces, and a large number of each of them, and all your job is to install those pieces together to make different shapes, this is what that algorithm does, but it has a specific goal which is to make more mobile shapes, and then after You create a huge number of these shapes and you simulate all these possibilities.

"So far our goal has been to design computerized organisms that can walk, swim, push or carry another object and work together in groups," Krigman, who is the lead researcher in the study, told Maidan . It is better or worse to do these tasks, at which point the algorithm does something very similar to what nature does on a daily basis more than four billion years ago.

The algorithm deletes the successful results, and replaces them with a new generation of models for those organisms that contain only the successful group from them and another group that has random mutations in them, then the new groups enter a new race, and with the end of the race the algorithm deletes another group of objects and causes mutations for the successful group, and the matter continues So until the best possible creatures are obtained, it is simply a simulation of the known "natural selection" mechanism.

At that point comes the role of the biological side of the team, the Tufts University team, which worked to extract stem cells from African frog embryos, and then they grew up, then using microscopic cutting machines and very small electrodes that cut those tiny tissues - the size of a grain of sand - and repeat Build it in the same form as the successful design that came out of the algorithm.

"These are organisms programmed by dissecting them," Krigman says in his interview with " Maidan, " adding: "the general shape of its body and the position of the cardiac cells in it, as well as the different arrangements of skin and muscle cells, all of which lead to different types of movement and behavior," so that these organisms are alive Because it is made up of living cells that feed on the fatty reserves surrounding them, but they are not alive as nature knows them, but rather perform preprogrammed functions according to the algorithm that created them!

When the xenoboths were placed in a water environment for testing, the skin cells formed an effective structure to protect the tissue. The contractions of the heart cells became the engine that drives the tissue in a steady movement in a specific direction, forward or in a circle, and it also adopted self-organizing patterns automatically. In the sense that they worked together entirely, and this is expected under a functional system like that, it is like that the air particles are organized to make a hurricane or that the water atoms are organized to make ice crystals of exquisite shapes.

Also, I designed some of these very small creatures with inner openings that could carry something between their flanks while in motion, and they actually did the job. On the other hand, these living robots can - if they are interrupted or destroyed in any way - to heal themselves again and return as they were, this opens a wide door for future uses.

Speaking to the editor of " Maidan ", Krigman says: "The first thing, these creatures live for about seven days and then stop working, as they do not reproduce." Thus, these two characteristics are an important security feature, as the word "biological design" raises dread in the hearts of Many who will say that these researchers may design a new deadly virus without knowing, especially since Hollywood films have always focused on this idea.

"On the other hand, given that these robots are 100% living cells, they are compatible with living bodies," Krigman says in his interview with " Maidan, " adding that this allows them to be deployed within our bodies to deliver drugs to the target sites. It is also biodegradable, so huge zenobot swarms can be used in the future to treat the environment without adding further pollution.

As you can see, there is a tremendous stream of services that beings such as these can provide to humankind, but the matter of course does not stop there. Alongside all these advantages, the new revelation opens the door to many risks, and in his conversation with " Meydan ", Kregman says that it is possible But with low probabilities, those technologies would be used to develop harmful creatures, weapons, or other similar things, but the nature of these bound living robots mitigates that effect possible.

In addition, the success of this team in its production introduces us to something deeper than that, where we have always looked at the processes of biological modification in terms of genetic editing, but here we are talking about anatomical editing, these are frogs cells with frog DNA specific to frogs has not modified it Nobody, though, scientists modified it functionally and obtained something that was not found in nature.

“In a clearer sense, what other functions can living cells perform alongside their functions defined by the genome? How do they collaborate together and decide the nature of their future when they are freed from the context in which they were constrained?” Krigman says in his interview with Meydan . For other more interesting questions, these entities are - in one form or another - living organisms, but what is an organism? These organisms do not reproduce and do not perform many functions that we usually guarantee in defining the organism. What is it or what is it then ?!

On the other hand, this research is a very successful indication of how different ranges can interfere with each other, who would have thought that mathematical algorithms might one day interfere to solve anatomy problems? But at that point Crigman opens the door to a rich and active future for this collaboration when he tells the editor of Meydan : “The big question in biology is understanding the algorithms that determine the shape and function of living tissues.” Thus, mathematics will play a brilliant future role, perhaps in developing our understanding of anatomy and vital functions. .

In any case, zinobots are a first step on a long road ladder for a future that can handle almost anything, besides that it is another case of spin around the same question that has long drawn our attention: Who are we? How can humans, in unique and indirect ways, reach these amazing results? What distinguishes us in this universe? What is the difference between us and this being so simple that it brings us back to square one in our definition of life ?!

"Xenobot" ... Did scientists create the first robot from living cells? 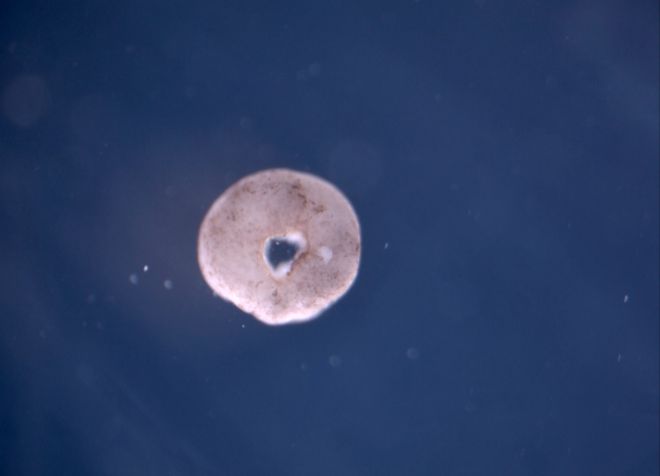 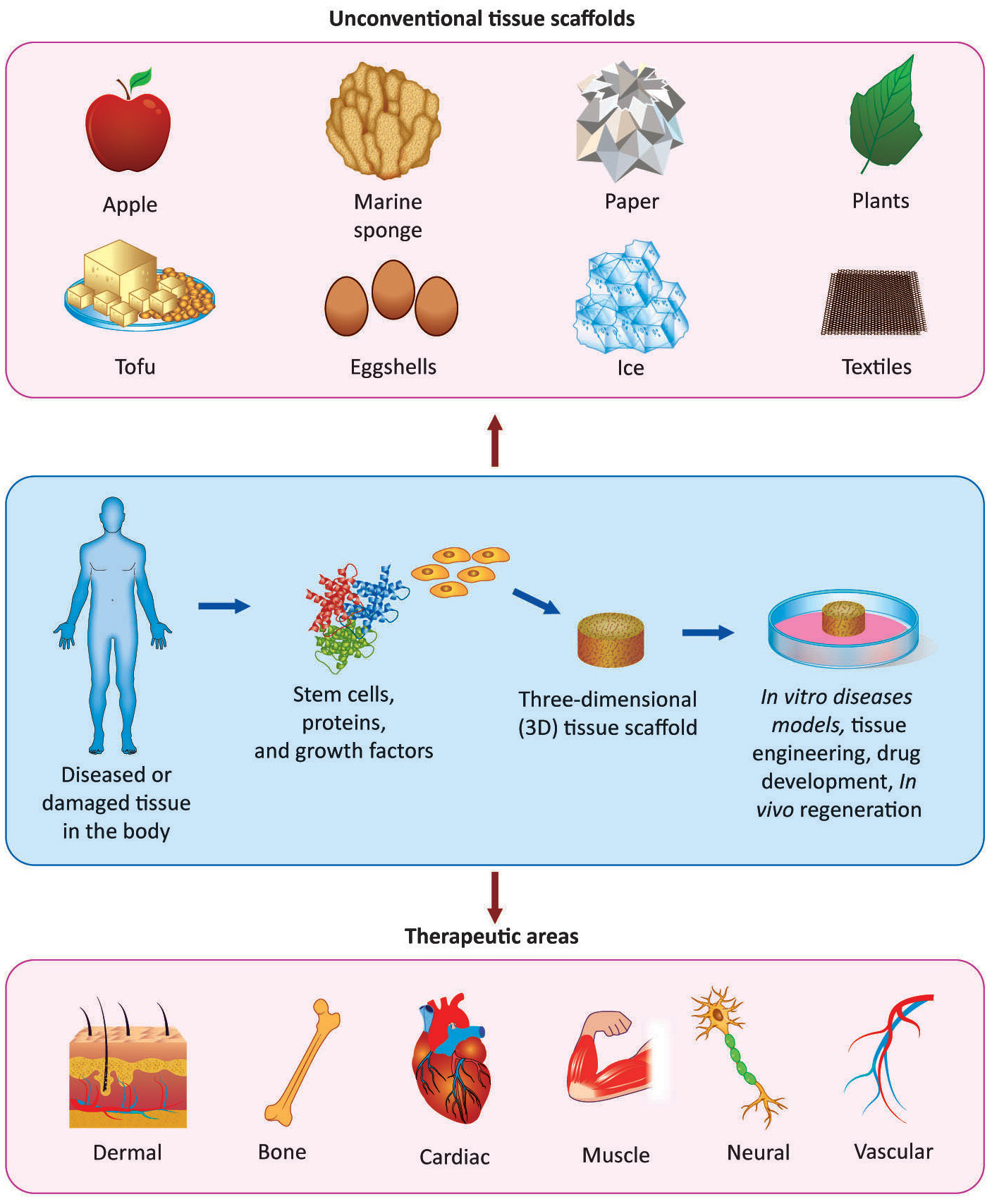 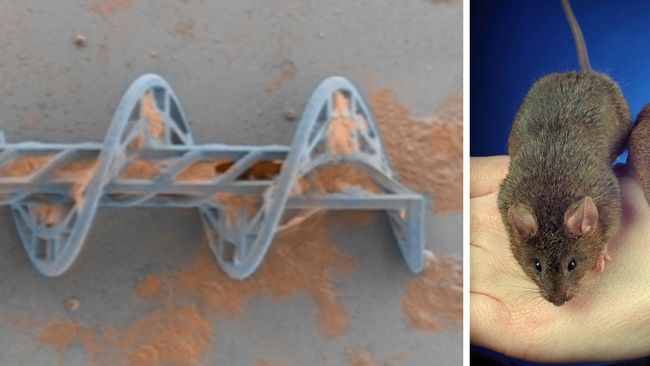 Watch the robot swimming around in a brain 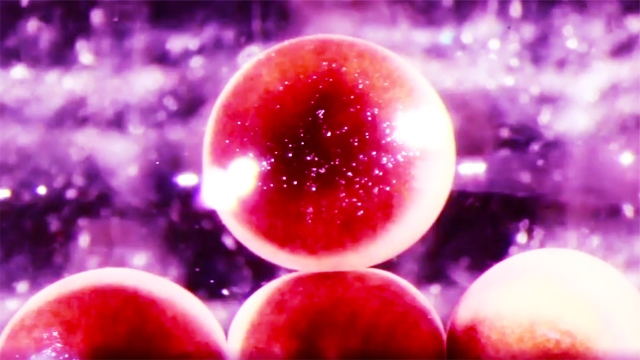 Video: Live “robotic” cells that are able to clean the oceans from plastic and pollutants 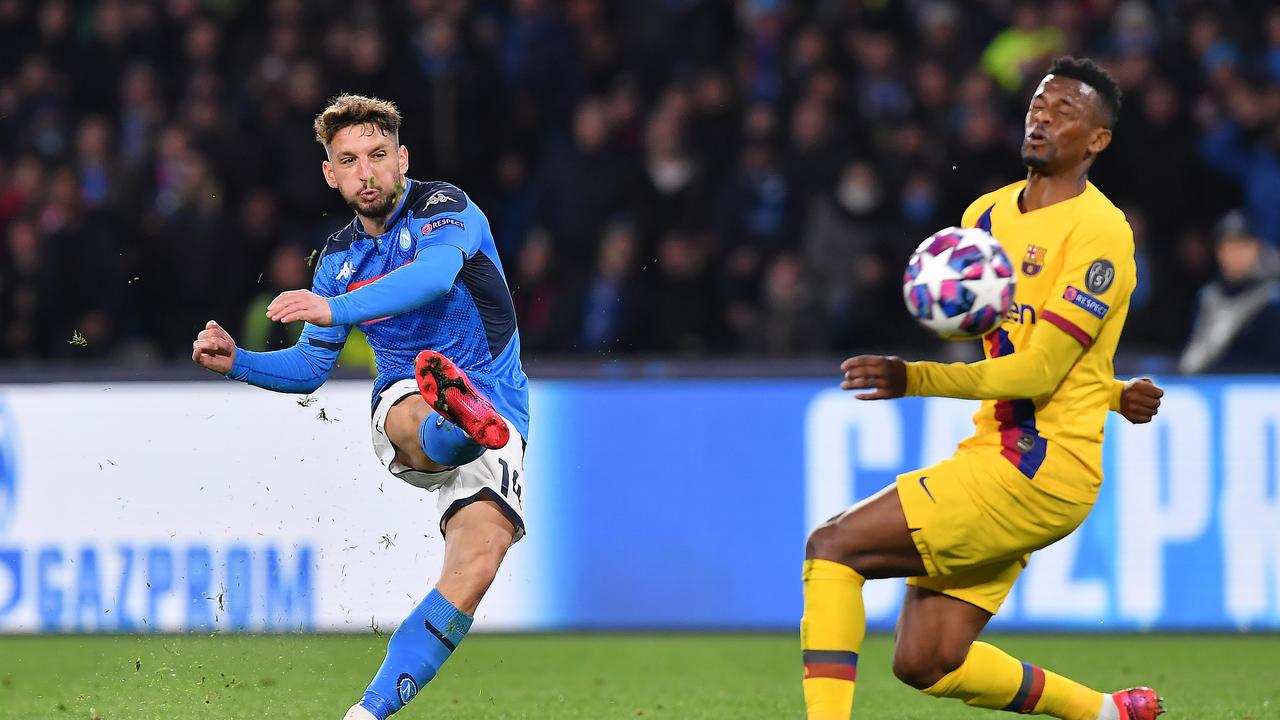 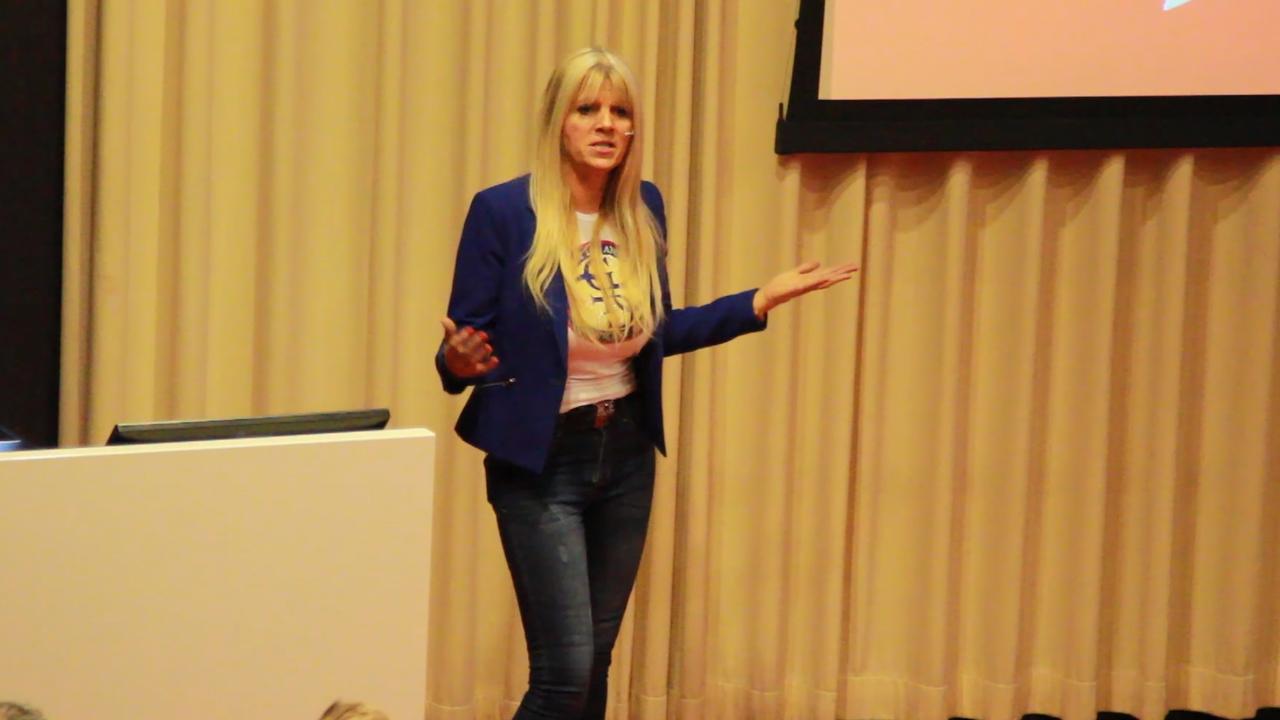 Law popularization: What kind of crime constitutes the refusal to execute prevention and control measures and the manufacture and sale of fake masks?
2020-02-26T00:59:09.558Z 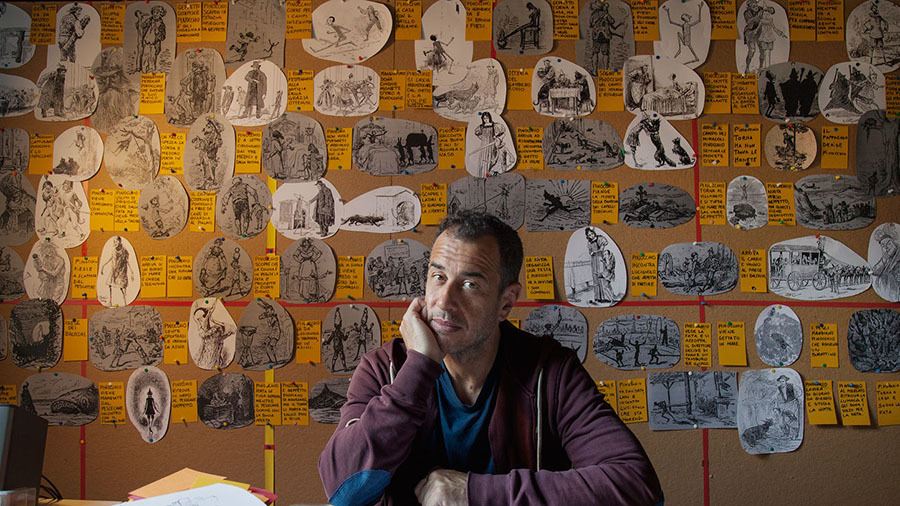 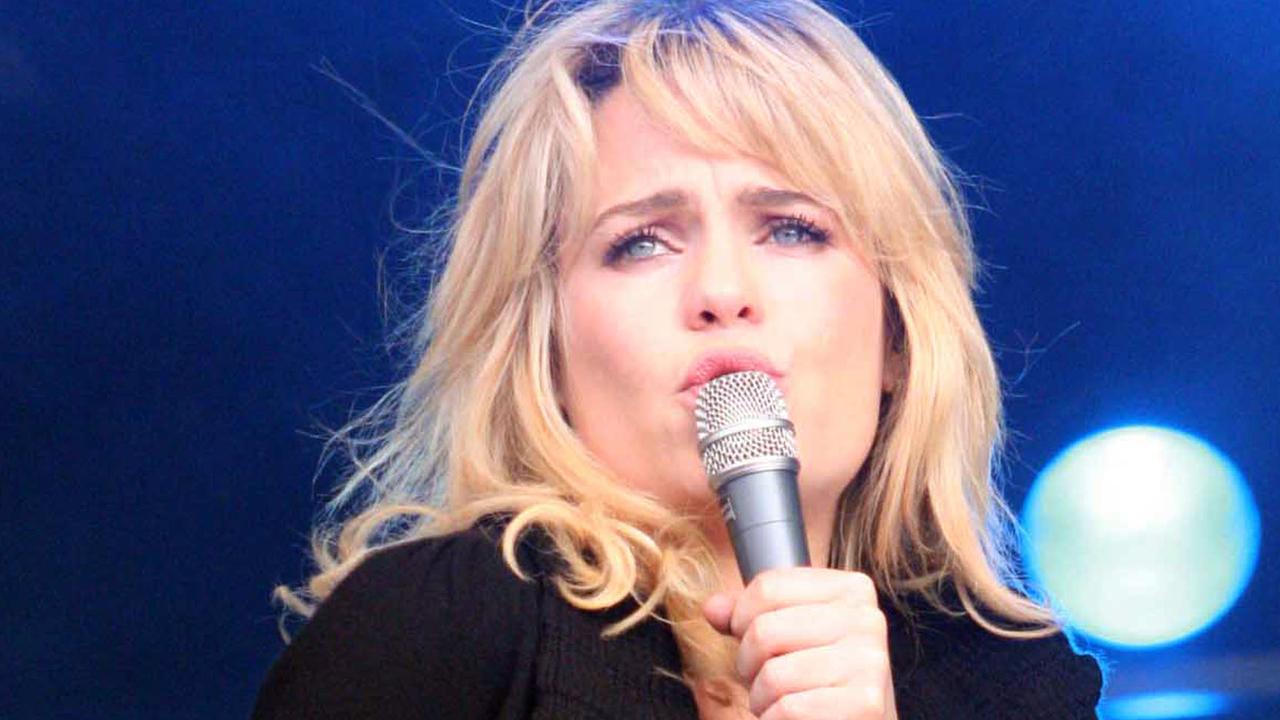 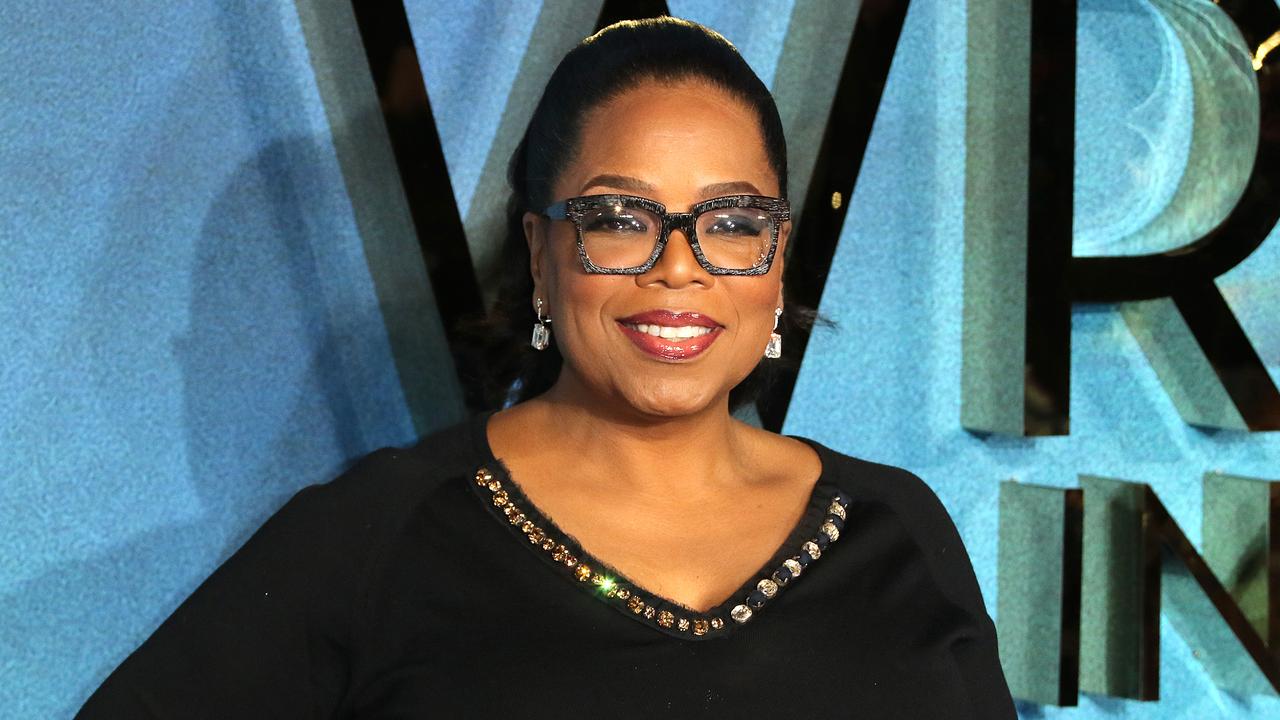 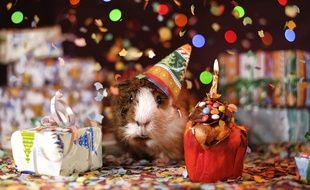 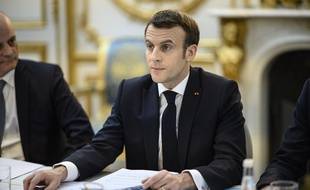