In Lebanon, women and their rights at the heart of protests

While demonstrations against political corruption have been going on for a week in Lebanon, thousands of women have joined the ranks of the protest to denounce as well ... 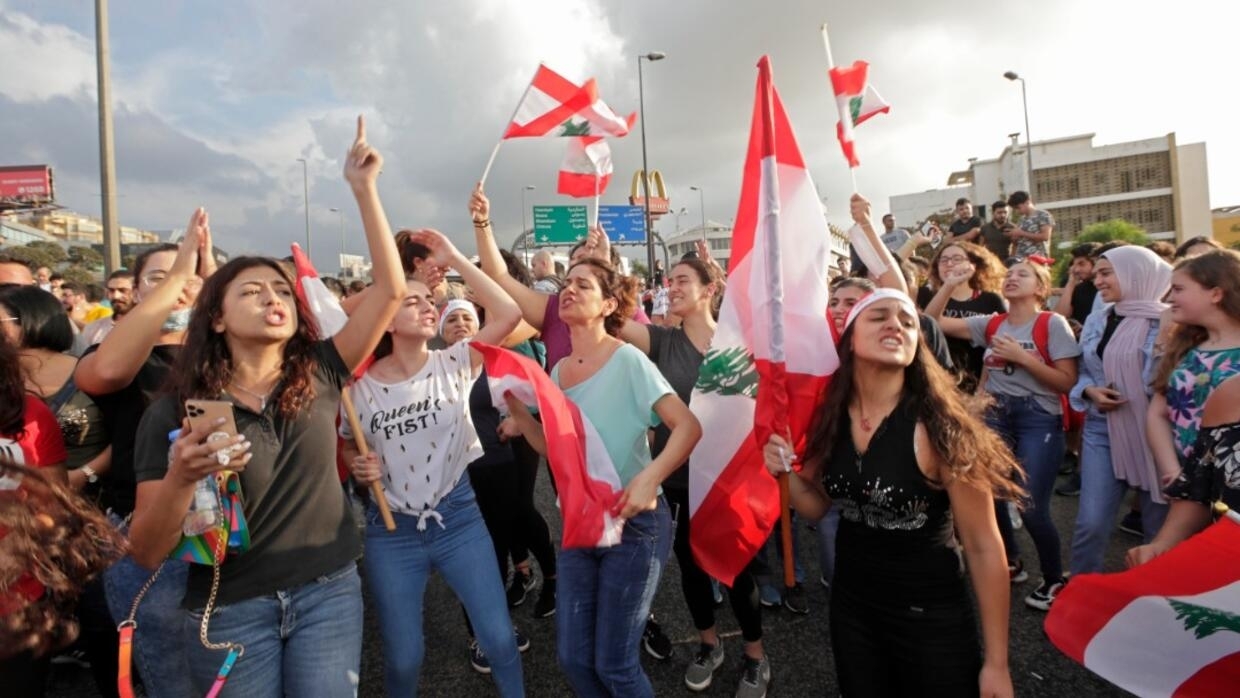 He came close to it. Kicking in the crotch of a ministerial guard armed with an automatic rifle, a young woman has turned into a few hours icon anti-corruption protests that jostle Lebanon since last week. The video of barely 5 seconds was published Friday, October 18, before being virally taken on social networks, reaching to date more than 62 000 views.

According to the Lebanese media, the incident occurred during the night of Thursday to Friday, during a confrontation between protesters and the convoy of the Minister of Education Akram Chehayeb, in the city center of Beirut. One of the minister's bodyguards got out of the car and shot in the air with an assault rifle, angering the protesters.

While a second bodyguard in his turn points his rifle in the air, a woman strikes him in the crotch, backing the man, haggard. Since then, the video has been scrutinized, commented on, and even diverted into the work of Lebanese artist Rami Kanso.

The young woman, whose identity is not yet known, has been compared to the "Nubian queen", another symbol of the demonstrations that led to the removal of President Omar el-Bashir in Sudan on April 11. A short video released last spring showed a Sudanese, all dressed in white, haranguing the other protesters by singing rhythmic slogans.

In Lebanon, many say they are impressed by this young unknown, already nicknamed the "Lebanese Marianne". Asked by AFP, Hannah, 24, felt encouraged to fight "a patriarchal society". "We should not be afraid to hit a man, we should not be afraid of them," she said. "It's time to show our strength." But many women did not wait for the publication of this short sequence to show their anger against the ruling power.

"Not just a men's affair"

Since last Thursday, they are thousands to go down the streets of Beirut, Zahle, in the plain of the Bekaa, or in the coastal cities. "We see women wearing the veil, others in suspenders, young people, not so young, teenagers or pregnant women," says our correspondent in Beirut, Zeina Antonios. "They come from all social classes. And all the confessional (Christian, Druze, Muslim ...), regional and partisan belongings are represented ".

High point of this protest, hundreds of women formed, Saturday, a human chain to intervene between the possible breakers and the police, place Riad el-Solh in Beirut. Born spontaneously, this initiative aimed to "protect the demonstration and not the police," Amani, who was among the protesters, told L'Orient-Le Jour.

"We also want to show the role that women can play in society," said Christina, a young girl who joined the ranks of the protest. "Women are able to rebel. It's not just about men. "

In addition to the corruption of the leaders, many demonstrators also denounce the inequalities of which they are victims. While progress has helped to improve equality between men and women, the majority of Lebanese women remain economically and socially dependent on their husbands. They thus have less than 60% of the rights granted to men, a figure raised by the World Bank in a study dating from 2019 entitled "Women, business and law".

Most of the Lebanese women's rights organizations, such as the Kafa Association, are pushing for the adoption of a law on their personal status, which would allow them to benefit from the same provisions as men.

At the root of this discrimination are community laws that regulate the issues of marriage, inheritance, divorce and child custody. But if these differ in their application according to the confessions, all nevertheless depend on a patriarchal system.

"Nothing and no one represents women"

Another old demand resumed in recent days in the protests, the adoption of a law allowing Lebanese women to give their nationality to their children born to a foreign spouse. A call that does not date from yesterday. Already, in 2001, several associations had organized rallies in the country through a campaign entitled "My nationality, my right and that of my family". For their part, the authorities believe that this measure could change the demographic balance between Christians and Muslims.

If the demands abound, for the moment, many lament the fact that this protest movement, ambitious as it is, lacks federating figures. A situation that is not surprising if we look at women, explains TV5 Monde, the French-Lebanese lecturer and lecturer Sheryn Kay. "Nothing and no one represents or protects women in this country, by no means, except the guardianship of a father, a brother, an uncle or a husband." This explains why many of them prefer not to act because it is not in their interest. 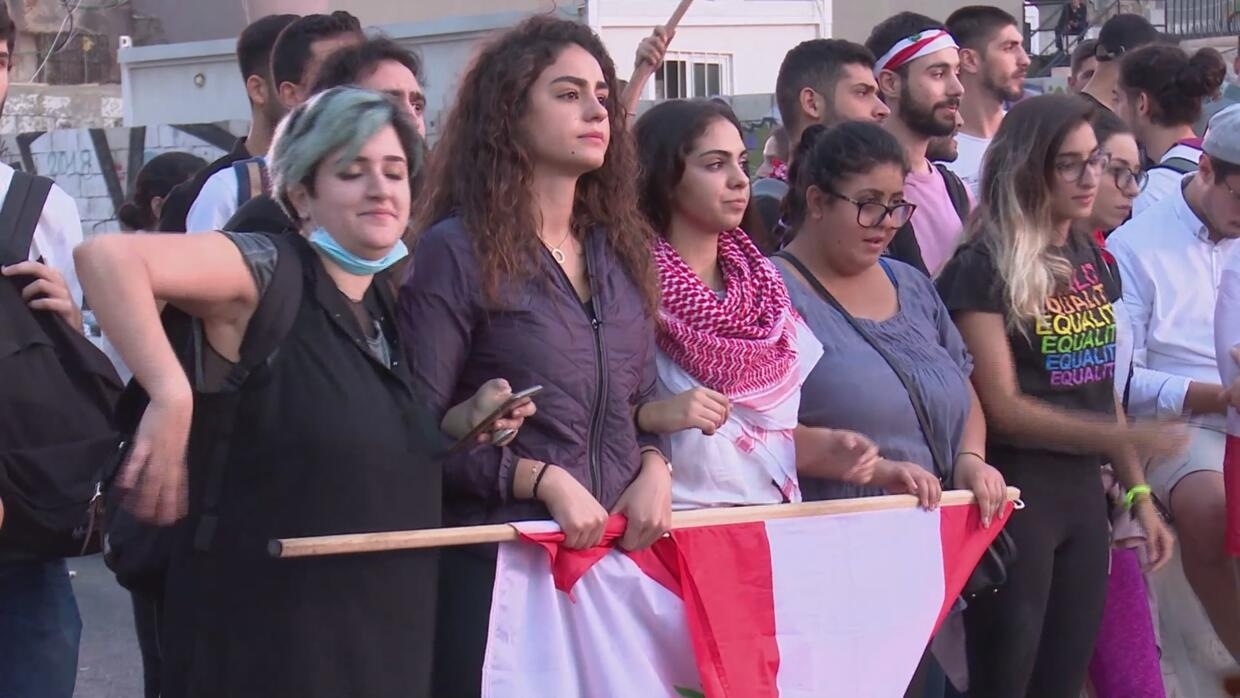 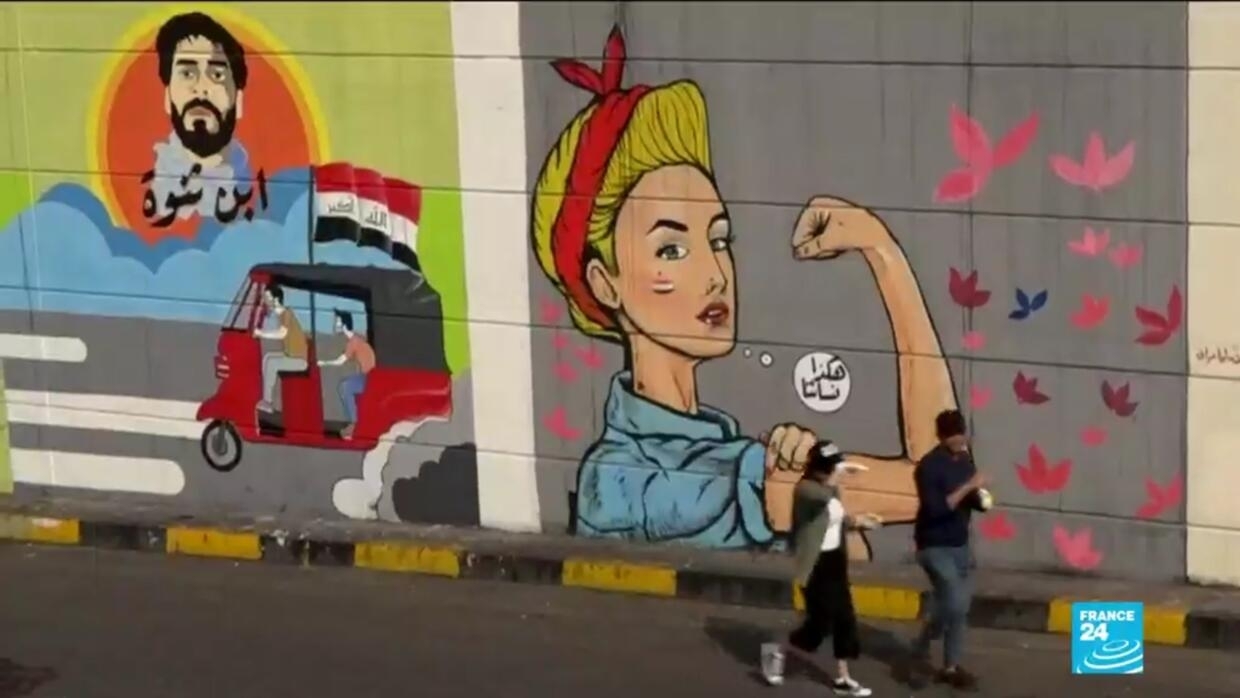 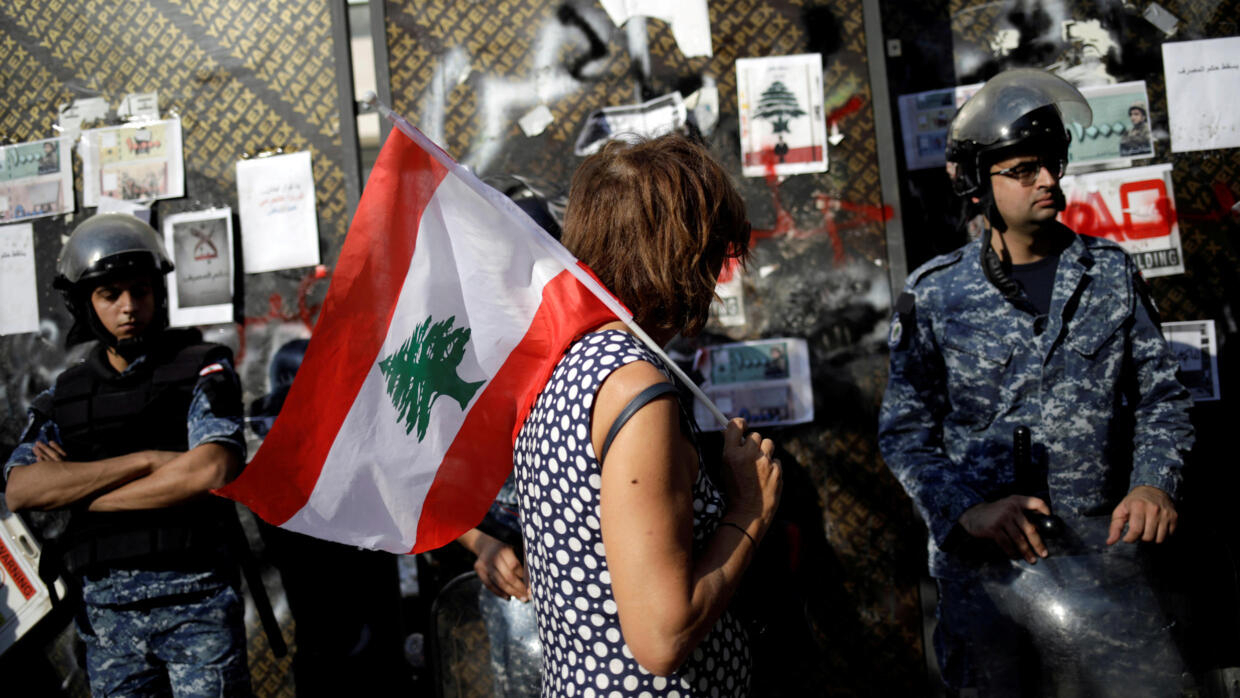