This is the first time that such alignments of cairn and statue-menhir are discovered in this part of France. 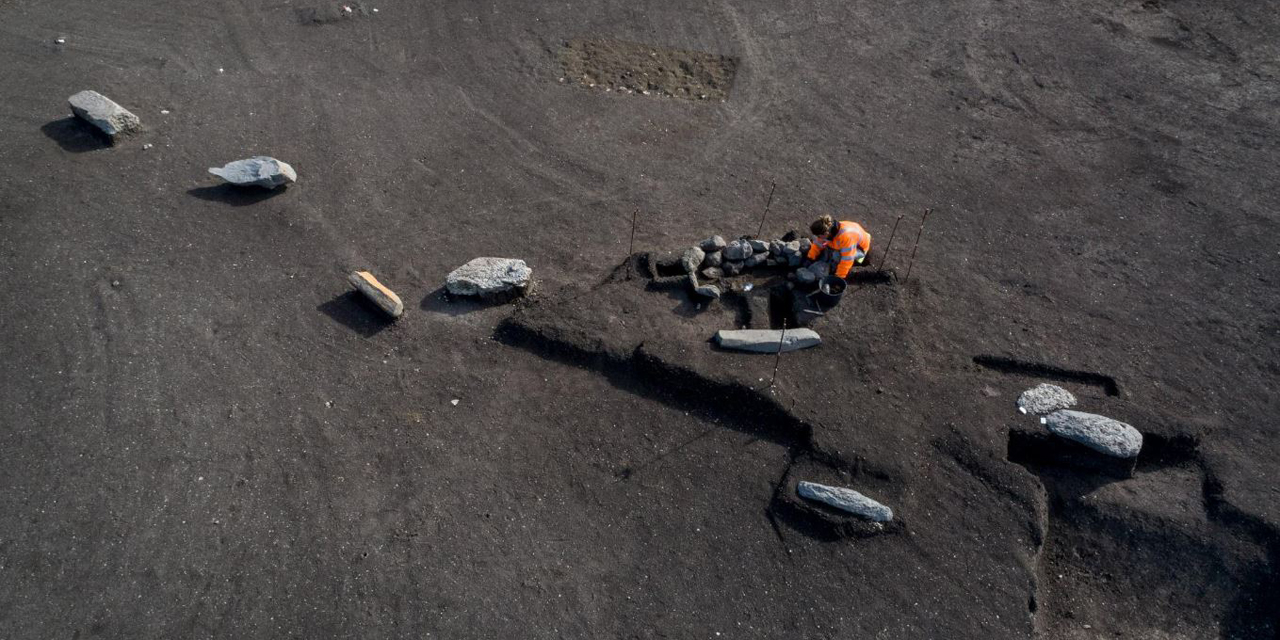 This is the first time that such alignments of cairn and statue-menhir are discovered in this part of France.

An alignment of about thirty multi-millennial monoliths, the first of this type in the center of France, has just been unearthed in the Puy-de-Dôme, announced Monday the National Institute of Preventive Archaeological Research (Inrap). "This is the first time that such alignments, cairn and statue-menhir, are brought to light in Auvergne, and more widely in central France," he said in a statement.

Discovered by expanding the A75

The discovery was made in Veyre-Monton, between Clermont-Ferrand and Issoire, as part of the widening of the A75 motorway. It revealed basalt monoliths "from 1 meter to 1.60 meters" whose alignment stretches "150 meters in the grip of the excavation and probably beyond," says the same source. These monoliths are bordered by another alignment of large blocks of stone, in the continuity of which five stones make up a horseshoe set. Finally, six other blocks "regularly spaced" form a circle of 15 m in diameter.

"Like some monuments, including Belz in the Morbihan, the menhirs of Veyre-Monton were shot down to remove them from the landscape.Through large pits, sometimes mutilated or covered with earth, these monoliths have made 'object of iconoclastic gestures, kind of condemnation perhaps related to some change of community or beliefs,' still explains Inrap. This ensemble, which follows a "north-south axis" and "evokes the great Armorican megalithic monuments" like that of Carnac (Morbihan), also presents an "astonishing prospect": the largest menhirs are mainly at the top of the slope to the north, the smaller ones, less spaced, to the south.

More surprising still, the presence within the main alignment of a menhir "carved" and "grossly anthropomorphic". This "statue", the "only known copy in Auvergne" presents "a rounded eminence, resting on summarily sided shoulders, as well as two small breasts". A welcoming burial "the remains of a tall man" was also discovered, covered with a "quadrangular" cairn 14 meters long and 6,50 meters wide. The latter, like the alignment of monoliths, was "deliberately erased from the landscape", according to Inrap.

"Few dating clues" have been left behind by the successive communities to establish a "precise chronology", still indicates the Inrap, which intends to achieve this with an upcoming series of analyzes, including that of the skeleton . For the moment, Inrap estimates that the main occupation of the site would cover a period from the Neolithic to the Bronze Age.