The Goytisolo: an insatiable thirst for love and anger

Whenever you talk about honey and canines, you think of sibling competitiveness as the poison that destroys a family. For example, the Goytisolo, José Agustín, Juan and Lu 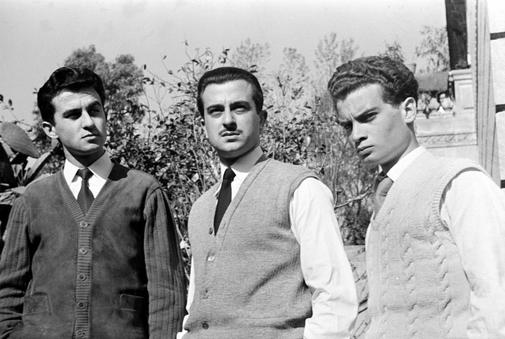 Whenever you talk about honey and canines, you think of sibling competitiveness as the poison that destroys a family. For example, the Goytisolo, José Agustín, Juan and Luis: three prestigious writers, eternally distant and uncomfortable among them. Why? Anyone will think that they fought to be more than their siblings, in life and in literature, and there might be some of that, but their problems may also have more to do with sadness than with success.

That impression remains after reading Los Goytisolo , the joint biography of Miguel Dalmau (Anagrama, 1999). The book begins as a chapter of The Buddenbrooks , like the story of a saga of businessmen that, generation after generation, reaches more bourgeois prestige: the hamlet in Lequeitio, the sugar mill in Cuba , the house in the Plaza de Cataluña, the farmhouse in the Ampurdán, the palace of Tres Torres ...

Thus, until José María Goytisolo, the father of the writers, chemist and swimmer in the open sea, a professional of success, abstemious, almost vegetarian and fortunate husband of the beautiful and cultured Julia Gay. Together they lived in Pablo Alcover Street, in the upper part of Barcelona, ​​and raised a girl named Marta and a boy named Antonio, whose prodigious intelligence puffed up her father. But Antonio died one day and José María was so sad that he only had indifference to his next son, a renegged baby named José Agustín , Pepe . Then came Juan, who was handsome and clear-eyed, and his father chose him as his new favorite (the drama begins) and then, almost off the hook, another son arrived, Luis. The war also came and José María spent a day and a half arrested by Republicans with the bad luck that he left ill forever. The following year, a bombing of Barcelona killed Julia . At that time, the history of the Buddenbrooks became a ghostly mansion tale.

José María Goytisolo was the ghost of the story and his father-in-law, an elder of problematic behavior, became his penance. The two widowers lived together because Mr. Gay had rents and eased the tendency to ruin the Goytisdolo, but he was a constantly humiliated character in a decaying house.

Despite this, the children went to good schools : Jesuits of Sarriá, La Salle de Bonanova ... José Agustín played football and had a kind gift from people that hid his need never satisfied to be loved . Instead, Juan seemed to have no need for love. It was enough with the rage he kept. Anger against Francoism, anger against its social class, the Catalan bourgeoisie that had adapted to the regime and anger against the unfortunate house in which it grew.

"Decrepitude of people and things, cold, greedy light, anxious questions of my father, silence of grandfather, pathetic smile of Eulalia [the maid], diffuse oppression, painful remembrances, anguish, anxiety, remorse." This is how Juan Goytisolo described his home in Barcelona when he had already escaped to Paris.

Was it for so much? Miguel Dalmau argues that, basically, the three Goytisolo have almost always written about that ghost-gothic house: José Agustín to romanticize it; Juan to blacken it; Luis, with compassionate eyes . That is why I intuit that the problem among the brothers was not their struggle for primacy but the incompatibility of their family duels.

The roles were distributed: José Agustín, under his appearance as a good Machadian man , was a freaking older brother of the classics. He laughed at Juan because in his first texts he wrote awkward phrases like "he went down the stairs" or "he went into the shower . " And, at a time when the two brothers shared a gathering, he conjured up against a table colleague, playwright Juan Germán Schroeder, because he was homosexual. His brother, still undecided in his preferences, must have lived that as a secret grievance.

Juan, on the other hand, was choleric, distant and intolerant. He despised José Agustín because he had agreed with life. Pepe was a lawyer, he had married, he was driving a Renault, he lived in a bourgeois neighborhood ... And what was worse: he had found the writing a little causally, while he was doing the military in Menorca and was playing in the third division . He was not, in Juan's fearsome opinion, a true writer.

We only need Luis, but Luis lives and writes and may read these lines, so you have to be prudent. His figure looks like those little brothers born with the lesson learned after the thousand fights of their brothers. According to Dalmau's portrait, Luis was the observant and charming kid, the favorite of women and the most natural talent writer among the Goytisolo. While José Agustín secretly and desperately needed to be loved and Juan was looking for something to direct his fury, Luis liked to like it . He was good at him: he was handsome, he was funny and he was standing everywhere.

Everywhere except in the PCE, the party he was already fatally disenchanted when he was arrested for military in him. In those days in jail, his older brothers experienced a very significant crisis in Goytisolian history: Juan led a campaign in Paris for the liberation of Luis loaded with signatures of gleaming. Meanwhile, José Agustín, with less possibilities, pressured his contacts within the system. Dalmau says his effort was valuable but Juan did not find it right . It always hurt him not to show his face for Luis.

When he died, Juan Goytisolo was honored as a moral authority for that same reproaching severity. We are in the 21st century and a half Spain is like that, shout that the world was and will be crap, I know, in 510 and 2000 too. What to say? They are right, but sometimes their emphasis seems like an expression of vanity. Why was Juan Goytisolo like that? Why was his way of being good? Why did he feel that when the world blackened, he bleached his soul? Maybe only Luis knows.

CulturaVíctor Gómez Pin: "In absolute terms, the human being is a catastrophe of nature"

CulturaEgipto inaugurates, with years of delay, a museum dedicated to Mahfuz

The Paper Sphere Moby Dick, the obsession of revenge by Herman Melville

The Goytisolo: an insatiable thirst for love and anger 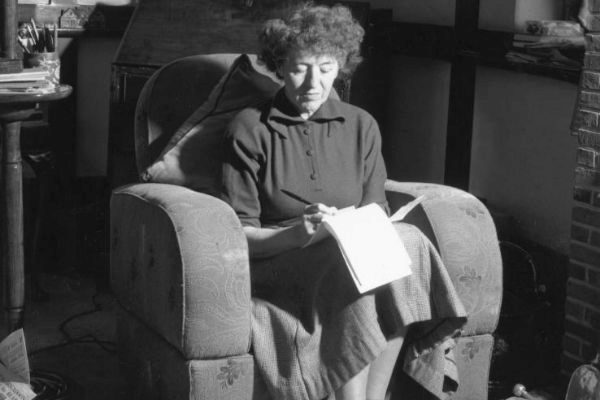 The sins of 'The five': sexism, racism and homophobia 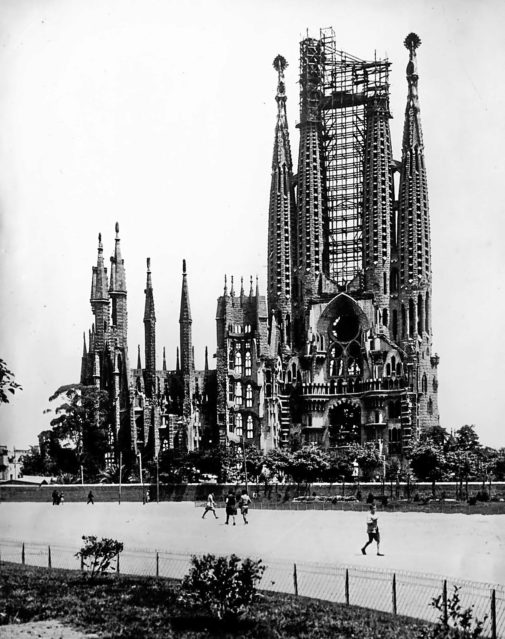 Gaudí, a genius despised by the vanguard 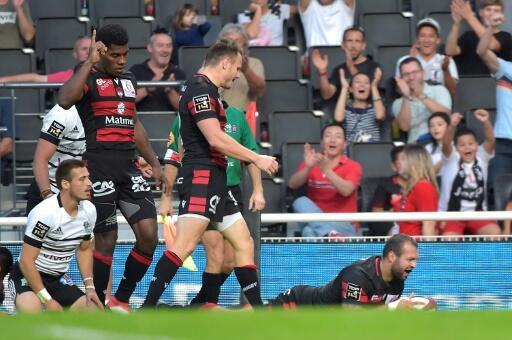 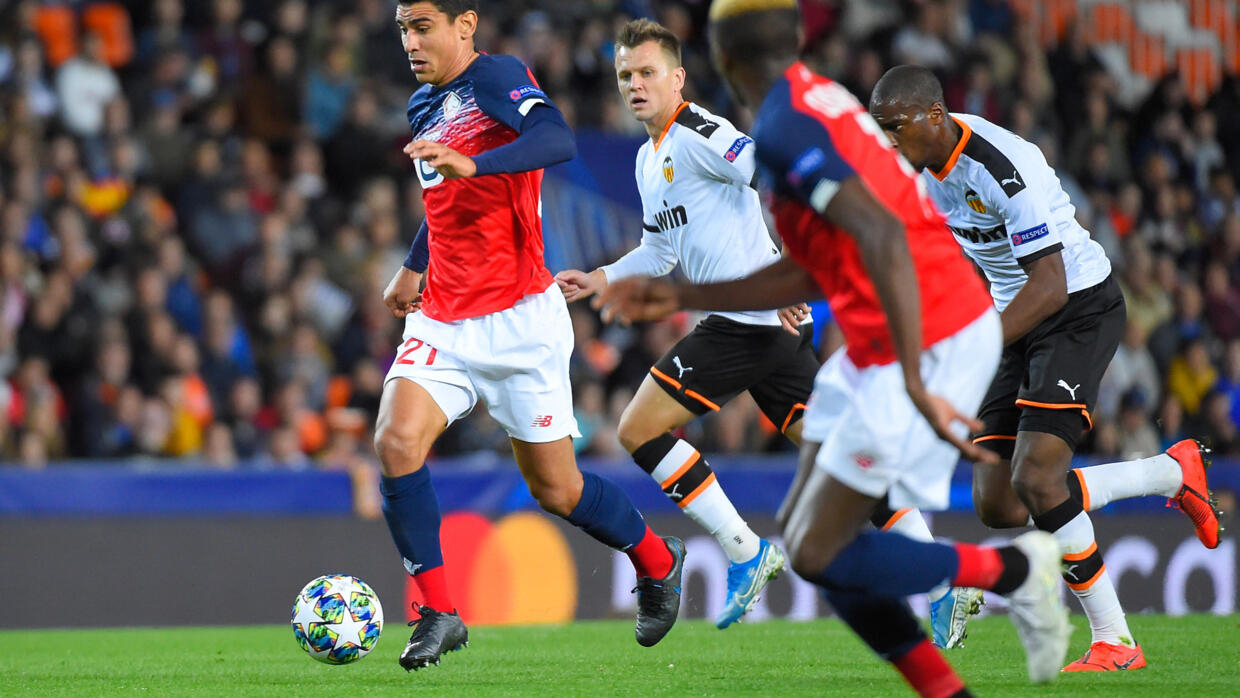 C1: Lille between tiny hope and thirst for experience

Earthquake and literature: "Ten years later, we are as vulnerable as that day"

8 logical reasons explain why you have to love your enemies