On the 15th day of the end of the war, the Emperor, along with the Empress, said the first words that wished that the war would not be repeated ...

The Emperor's first word at the memorial service for the first national war 15:07 on August 15

On the 15th day of the end of the war, the Emperor, together with the Empress, spoke for the first time in the national memorial service and said the words that hope that the war would not be repeated. The Emperor's words inherited the Emperor's thoughts on war and peace.

On the 15th, the 74th year since the end of the war, the Empress Emperor faced the National War Memorial Ceremony at the Nippon Budokan in Tokyo.

His Majesty had been silent every year until the end of the war, but he was present at the ceremony for the first time on behalf of the Emperor and his wife.

After the noon time signal, all the attendees gave a silence, and then the Emperor gave the first word as the Emperor who was born after the war.

The Emperor said at the beginning that, like the former Emperor, “I will renew deep sorrow in the great war and think of the many people who lost their irreplaceable lives and their bereaved families.”

And in the part that looks back on the post-war Japanese history, the words of the Emperor ’s words, “When you go through the hard times, the feelings will never run out” When you think about your steps, there are things that are truly emotional. "

And in a sentence that mourns the war dead and wishes for peace, the emperor's expression “with deep reflection” is rephrased as “standing on deep reflection”, and “the disaster of war will not be repeated again” "I wish for the peace of the world and the further development of our country together with the whole nation, and wish for the people who fall into the battlefield and fall into battle."

Although the words of the Emperor have been changed as a generation who has not experienced war, the words of the emperor ’s words, such as the expression “deep reflection”, have almost been followed to war and peace. It became the one that inherited the thought of.

At the ceremony venue, representatives of the bereaved families listened carefully to the words of the Emperor.

Today, on the "day of memorial to the war dead and praying for peace", we faced the national war memorial ceremony, and thought of the many people who lost their irreplaceable lives and their bereaved families in the previous war, renewed deep sadness I will do it. In 74 years since the end of the war, people's unremitting efforts have built up peace and prosperity in our country today, but when you think about the many struggles of the nation's progress, there is something that is truly emotional. People who have been thinking about the long and peaceful years after the war, looking back at the past, standing on deep reflections and hoping that the devastating war will not be repeated again With all the people, I express my sincere mourning and pray for world peace and further development of our country.

His Majesty the Emperor was born after the war, and he has long wished for peace while facing the history of the war while preserving the thoughts of the Emperor.

The Emperor had previously had four days that must be remembered in Japan. It is said that the days of the war ended, the days of the atomic bombs in Hiroshima and Nagasaki, and the organized battle of the former Japanese army ended in the battle with Okinawa. The 23rd June 23rd was called “Commemoration Day,” and these days have always been silent.

Since his childhood, the Emperor has been silent on these days, and the Emperor and his wife have spoken about the misery of the war.

In the Showa era, the Emperor and his wife had talks with the children of “Mame Reporters” who moved to Tokyo from Okinawa every year, but the Emperor His Majesty, who was still a child, also frequently participated in this talk, and the history and culture of Okinawa I deepened my understanding of

The Emperor visited Okinawa for the first time in 1987 and faced the memorial service of the war dead, and at the Himeyuri Tower, stories were heard from female students at the time of the war.

The Emperor said about this visit at a later press conference, “I thought of the pain of the war and the path of hardship that Okinawa followed before and after the war, along with the preciousness of peace, I strongly bite the importance. ”

Entering the Heisei period and becoming a crown prince, the Emperor will demonstrate his feelings for war and peace. The Emperor and his wife inherited a talk with the "Mame Reporter" and interacted with Okinawan children every year until last year.

While visiting Hiroshima and Nagasaki, while facing the memorial of the war dead, it has been important to visit facilities where A-bomb survivors live and listen to the words.

During his visit to Mongolia in 2007, he visited the memorial monument of a Japanese who was detained by the former Soviet Union after World War II and lost his life due to harsh labor.

In 2015, 70 years after the war, the Emperor said at a press conference on his birthday, “I am born after the war and have not experienced war, but the memory of war is about to fade. `` Humblely look back over the past, and I think it is important to correctly convey the tragic experience and the history that Japan has traced from generations who have experienced war to those who do not know war. '' It was.

In the next year's conference, he said, “Through the opportunity to touch on past experiences, we will always remember the misery and inhumanity of the war, strive to memorialize those who have died in the war, and repeat the misery of the war again. I think it is important to nurture a heart that loves peace. " 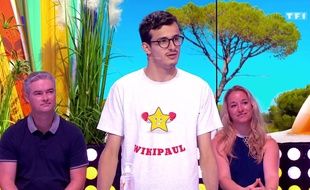