Dubai Chambers reported that the value of exports and re-exports of members of the Dubai Chamber of Commerce to India in 2022 amounted to about 6.1 billion dirhams, a growth of 15.1% compared to the value recorded in 2021. She indicated, to Emirates Today, on the sidelines of the opening of the partnership summit activities Indian Emirati, which organized 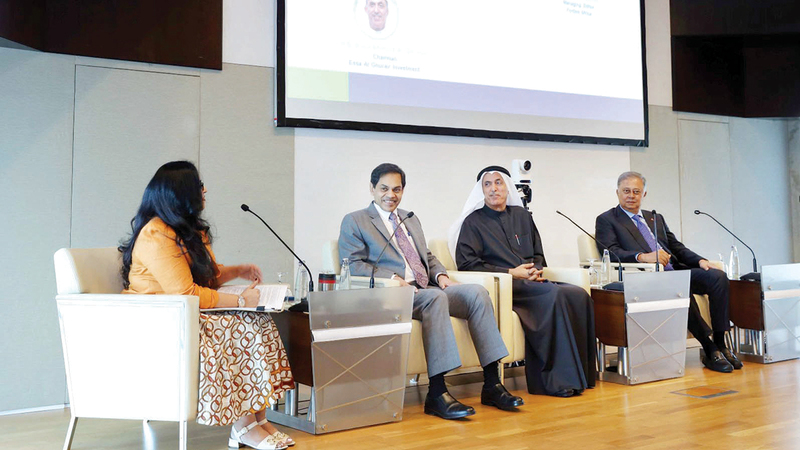 The India-UAE Partnership Summit was organized in cooperation with the International Business Relationship Forum.

Dubai Chambers reported that the value of exports and re-exports of Dubai Chamber of Commerce members to India in 2022 amounted to about 6.1 billion dirhams, a growth of 15.1% compared to the value recorded in 2021.

She indicated to «Emirates Today», on the sidelines of the opening of the activities of the India-Emirati Partnership Summit, which was organized yesterday by Dubai Chambers at its headquarters, in cooperation with the International Forum for Business Relations, that there are plans and a work map to expand the activities of the representative office of the Chamber in India, and to discuss opportunities to establish offices. In the future, to enhance opportunities for growth of exports and investments, and benefit from the incentives of the Comprehensive Economic Partnership Agreement between the two countries, which entered into force in the middle of last year, pointing out that the agreement will provide new areas to attract investments of international companies to the local market, and launch through them to the Indian market.

In detail, the Minister of Commerce and Industry of the Republic of India, Piyush Goyal, said, "The comprehensive economic partnership agreement between the UAE and India provided a natural impetus for major sectors such as agricultural and food products, in addition to the trade in precious stones and jewelry."

He pointed out, during a speech via video technology within the activities of the summit, that "the UAE and India adopt vital investment and trade strategies and policies, as India aspires to reach the value of its exports to one trillion dollars in the short and medium term, while bilateral trade between the two countries plays a key role in supporting the UAE's efforts to double the size of its economy by 2030.

Goyal explained, "There are many opportunities for cooperation between the two sides, and to benefit from the startup ecosystem in the UAE and India."

In turn, the Director General of Dubai Chambers, Mohammed Ali Rashid Lootah, said, "The number of new Indian companies that joined the Dubai Chamber of Commerce in 2022 exceeded 11,000 companies, which raises the total number of Indian companies registered in the Chamber's membership to more than 83,000 companies." This reflects the strength of economic, investment and trade ties between the two sides, and the importance of economic partnerships in strengthening future bilateral relations and achieving development goals.

Lootah pointed out that «the external office of Dubai International Chamber, one of the three chambers operating under the umbrella of Dubai Chambers, in Mumbai, plays an important role in developing joint relations, and attracting more emerging Indian, small and medium companies to the emirate», stressing that the current year will witness an expansion in The activities of the Chamber's office in India to keep pace with the growing momentum in relations between the two sides.

He pointed out that "the exports and re-exports of Dubai Chamber of Commerce members to India in 2022 amounted to 6.1 billion dirhams, a growth of 15.1% compared to the value recorded in 2021."

He added: «We are working through our foreign offices, including our office in India, as part of the (Dubai Global) initiative announced by His Highness Sheikh Hamdan bin Mohammed bin Rashid Al Maktoum, Crown Prince of Dubai and Chairman of the Executive Council, to consolidate the emirate's position as a destination for business and investments, and to attract investments and (Internationalization) companies operating in Dubai.

We are committed to implementing the vision of our wise leadership in strengthening Dubai’s position as the capital of the global economy.”

For his part, Omar Abdulaziz Al-Khan, Executive Director of Foreign Offices at the Dubai International Chamber, said, “(The summit), which was organized in partnership between the International Forum for Business Relations and the Dubai International Chamber, highlighted promising opportunities in the manufacturing sectors, emerging companies, agricultural technology, and industrial industries.” food, the future of health, financial technology, and investment,” pointing out that “Indian nationality constitutes more than 30% of the startup community in Dubai.”

He explained that "there are action plans to enhance the benefit from the incentives of the Comprehensive Economic Partnership Agreement between the two countries to raise exports and investments," pointing out that "the most prominent axes of the action plans include expanding the activities of the representative office in India by increasing the staff in the office, and working with the mobile office system between parts of India."

• "This year will witness an expansion of the activities of the Chamber's office in India, to keep pace with the growing momentum in relations between the two sides."

"The comprehensive economic agreement between the two countries will provide, during the coming period, many investment opportunities and new areas for the growth of UAE exports to the Indian markets in various sectors," said Issa Abdullah Al Ghurair, Chairman of the Board of Directors of Essa Al Ghurair Investment.

Adita Singh, Director of International Sales at the Tansheeq Jewelry Supply Company, said, “The joint agreement between the two countries has stimulated many Indian companies in the gold and jewelry supply and industry sector to expand their outlets and activities in the UAE markets, and it has also supported the activity of supplying artifacts and jewelry from the UAE markets to India and vice versa.” ».

• The total number of Indian companies registered in the Chamber's membership rose to 83,000 companies.