The slowdown that is beginning to be sensed in the Spanish real estate market is far from the bubble threats that hang over other great economic powers, however,... 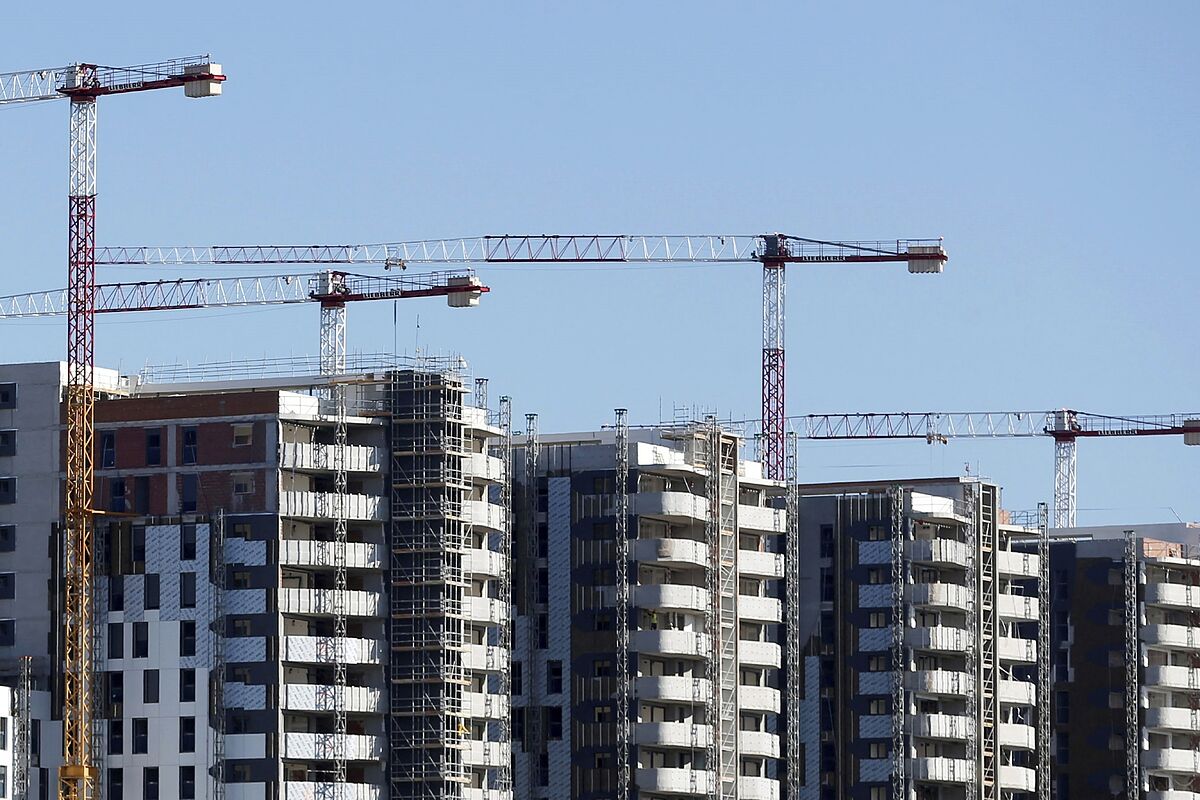 The slowdown that is beginning to be sensed in the Spanish real estate market is far from the bubble threats that hang over other great economic powers, however, many people hope that this slowdown is the beginning of a forceful drop in prices.

Except for surprise, the forecasts do not contemplate this scenario and reality does not point to that path either.

They increased by 7.6% in the third quarter of the year, according to the

, and although their growth has slowed down compared to previous quarters, the average cost of houses in our country is close to maximum registered in the real estate bubble of 2008. Specifically, they are barely 5.2% below that level after having risen 51.1% from the minimum of the cycle, according to the analysis of Ibercaja

The increase in prices is more extreme in the case of

, which have not only recovered the ground lost by the financial hecatomb of 2008, but are now 12.8% above the maximum of the previous cycle.

The strong demand from buyers as a result of the pandemic and the lack of sufficient supply to cover it have combined in the last two years, coinciding with a new golden age for Spanish brick, and the result is tension in the

. prices that make access to property even more difficult for a part of the citizens.

"The increase in housing production costs together with the prudence of developers seems to be affecting supply, as the number of new construction permits has dropped to 108,000 in 12 months, from 112,000. In addition, the number of Completed homes are beginning to show the slowdown in activity caused by the pandemic.These levels of housing production are lower than the annual increase in the number of homes (more than 200,000 in the last year), which, once excess housing has been corrected unsold from the real estate bubble, seems to point to a period of shortage of housing offered. This circumstance, together with the absence of overvaluation, can act as support for property prices even if there is a reduction in the number of transactions", aim

, head of Economic and Financial Analysis at Ibercaja.

The shortage of new

to meet the booming demand has diverted many buyers towards the second-hand market and this is also reflected in the prices.

in the third quarter of the year compared to the same period in 2021, an increase that has been greater than that of new construction (6.8%) and that allows it to go up a 49.3% from the lows of the 2008 crisis. Unlike new construction, second-hand homes are still 15.9% below the maximum of the housing bubble.

"At the moment, the main obstacle that exists for the market to develop in a healthy way is the shortage of stock. At

we estimate that the supply of housing has been reduced by more than 35% compared to the previous year, which causes a great imbalance between supply and demand, while the demand to buy housing continues to be very intense in our country. This situation causes tensions and makes it difficult to correct the price", explains María Matos, Director of Studies and Spokesperson for the real estate

The forecasts point to a moderation of the market in the coming months that will end up reaching prices in the form of a correction, but not large falls.

The increase in interest rates and the Euribor, the worsening of the economic outlook and the rise in inflation, which is eroding the purchasing power of households, suggest that demand will fall in the coming months while prices will also rise. lowers it

ING analysts forecast that the price increase for 2023 will remain at 1%, compared to the 2% predicted by BBVA Research, far, in any case, from the previous crisis corrections.