Xi Jinping is in Riyadh, Saudi Arabia. He was received with great fanfare, this Thursday, December 8, by Crown Prince Mohammed Ben Salman. China and Saudi Arabia have signed around twenty agreements… 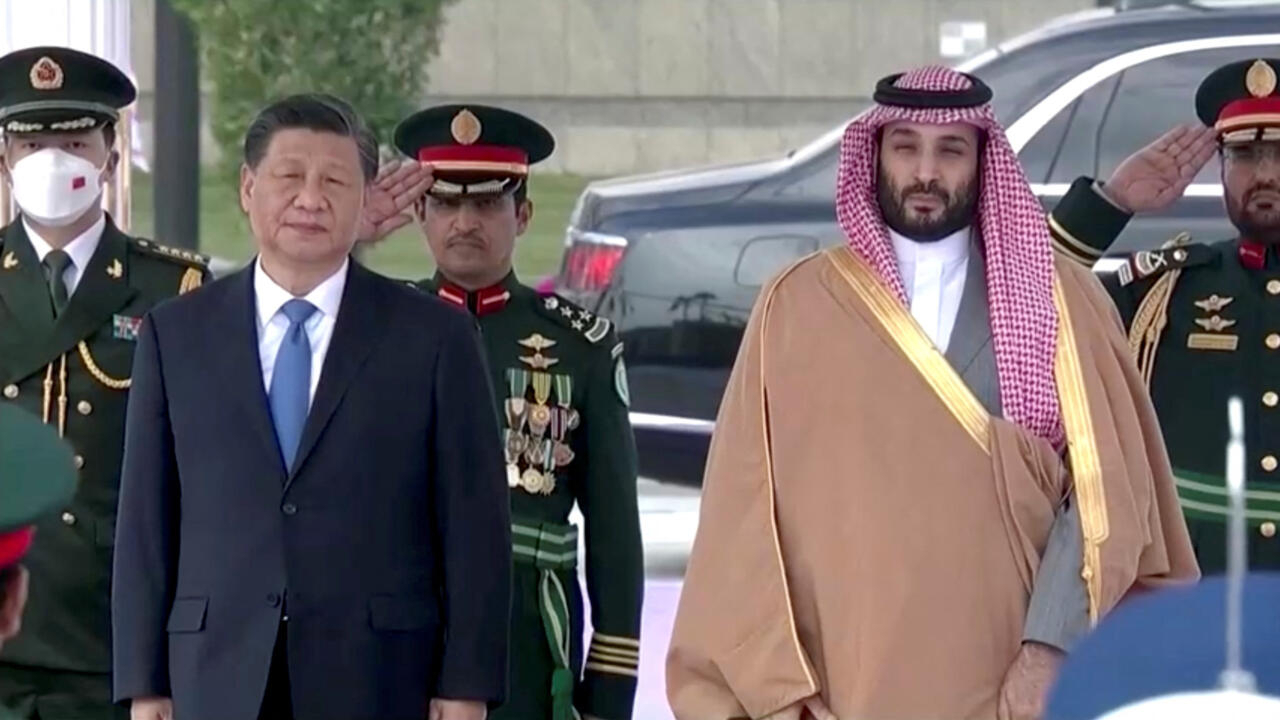 He was received with great fanfare, this Thursday, December 8, by Crown Prince Mohammed Ben Salman.

China and Saudi Arabia have signed twenty agreements for an amount of more than 27.8 billion euros, particularly in the fields of energy and petrochemicals.

Xi Jinping is scheduled to attend two high-level meetings with around 30 leaders from countries in the region.

It is, according to Beijing, “

the biggest diplomatic meeting between China and the Arab world

The sinologist Emmanuel Lincot, professor at the Catholic Institute of Paris and associate researcher at Iris, deciphers the challenges of this visit.

RFI: This is only Xi Jinping's second trip outside China since the Covid-19 pandemic broke out.

Why does he choose Saudi Arabia

This visit to the Middle East aims to relaunch bilateral relations between Saudi Arabia and China, and it is obviously the oil issue that is addressed by the two heads of state.

It is also for Ben Salman to restore his image and show Westerners that he remains an extremely important interlocutor.

It must be remembered that a few weeks ago, he received his American counterpart, Joe Biden, very coldly.

►Also read: China wants to strengthen its ties with Riyadh and the Middle East, under the watchful eye of the United States

For the Chinese, it is also a question of relaunching their policy of the "new silk roads": various infrastructure projects, digital cooperation, and a desire to expand the Shanghai Cooperation Organization (SCO), to integration, as an observer member, of Saudi Arabia.

The Chinese have also chosen to open a China and Arab world summit, and a China and Gulf countries summit.

And this, so as not to alienate the great power that counts, and with which the Chinese have signed trade agreements amounting to 400 billion dollars.

This is of course Iran.

Seen from the West, the Arab world is not the most natural field of influence for China in terms of investment, notoriety, diplomatic presence.

China has been very present in the region, at least since the official end of the Cold War, since the 1990s. Economic relations have continued to develop, and not only in the oil field, since there has cooperation projects in the digital field, even in the development of civil nuclear power or military cooperation.

It's a way of creating a kind of Eurasian glaze, to ensure that Westerners are increasingly marginalized from this game.

Doesn't the Uyghur cause disturb this project?

Can the persecutions suffered by Muslim minorities in China curb Xi Jinping's ambitions in the Middle East?

There is an absolutely abysmal discrepancy.

, while nothing is said by these same Westerners on the persecutions, for example, of the Christians of China.

At the same time, Muslim states absolutely do not condemn China.

What counts above all for the Arab heads of state in particular is the reality of the figures: twelve million Uighurs, admittedly persecuted, are no match for the billions in economic cooperation projects between China and the 'Saudi Arabia.

What should not be forgotten either is that the ruling family in Saudi Arabia is the guarantor of holy places like Mecca.

However, for Xi Jinping, to undertake a State visit to Riyadh is thereby to be recognized as an essential power.

And conversely, to recognize the very legitimacy of Ben Salman as guardian of these holy places.

It is simply a matter of pulling the rug out from under the feet of the Uyghurs, their defenders, and in particular, even if this is not said publicly, the few isolated voices who have risen up in the Muslim world in the face of the abuses perpetrated against the Uighurs.

►Also read: For the United Arab Emirates too, Xi's visit to Riyadh is important