The Department of Economy and Tourism in Dubai revealed the latest statistics on the performance of the tourism sector and the number of international visitors during the first 10 months of this year, which showed that the emirate attracted 11.4 million international tourists between January and October 2022, compared to 4.88 million visitors. 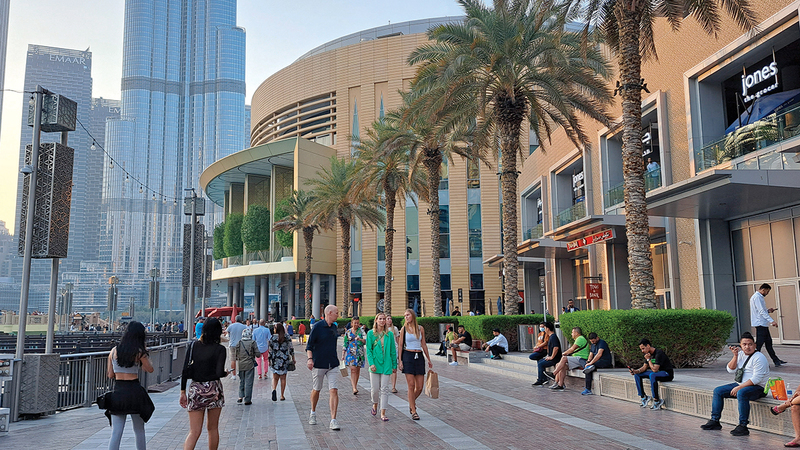 According to the department's data, "Emirates Today" obtained a copy of it. Dubai received more than 1.2 million international visitors during October alone, while the total number of visitors during the period between January and October of this year approached levels before the "Corona" pandemic, at a time The indicators of the number of hotel rooms, booked nights, average daily rate, as well as the average return on the room, also exceeded pre-pandemic levels.

The data showed that India came at the forefront of the export markets for international visitors to Dubai, from the beginning of this year until the end of October, as it recorded more than 1.4 million tourists, followed by Oman with about 1.1 million visitors, while the total number of visitors from the Saudi market reached about 993 thousand visitors. , and from the United Kingdom 812 thousand visitors.

The average hotel occupancy in all establishments operating in Dubai was 71%, compared to 64% during the same period last year.

For its part, hotels classified between "three stars" and "star" accounted for about 19% of the total volume of the hotel market, with a capacity of more than 27.8 thousand hotel rooms within 262 hotel establishments.

As for hotel apartments, their number exceeded 25.7 thousand apartments within 193 establishments, thus accounting for 18% of the hotel market.

The GCC region ranked first in terms of the source of visitors to Dubai, according to the geographical region, accounting for 22% of the total number of visitors, during the first 10 months of this year, followed by Western Europe with 20%, then South Asia. by 17%.

India has been at the forefront of the source market for international visitors to Dubai.