Iranian justice announced Thursday, December 8, a new execution, nearly three months after the start of the protest movement against power. 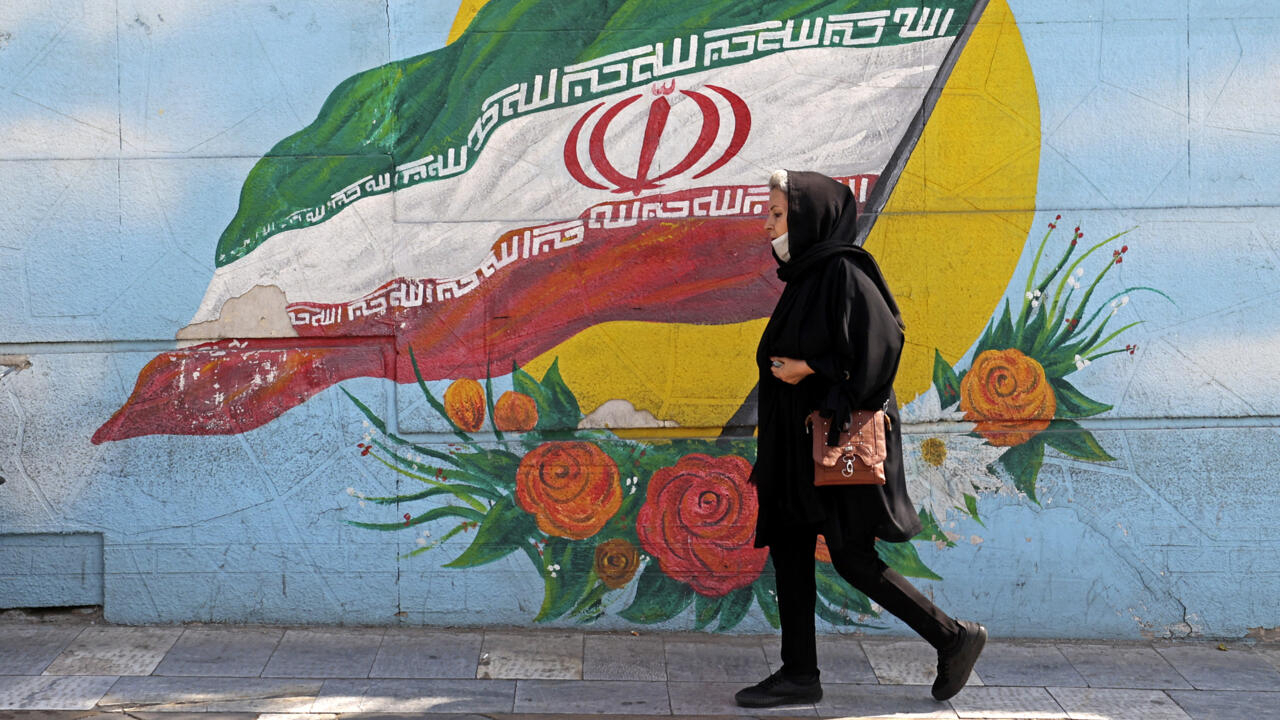 A woman walks past a mural in the Iranian capital, Tehran, on October 11, 2022 (photo illustration).

Iranian justice announced Thursday, December 8, a new execution, nearly three months after the start of the protest movement against power.

It is a young demonstrator who was hanged this Thursday morning.

Mohsen Shekari was accused by the courts of attacking police officers with machetes and trying to block a road on September 25 at the very beginning of the protest movement.

He was found guilty of

, which means "war against God", and sentenced to death by Tehran's Revolutionary Court under Islamic law, on November 1.

His appeal was dismissed by the Supreme Court on November 20 making the sentence enforceable.

► To read also: Iran: "The demands of the demonstrators go far beyond the question of the veil"

his weapon with the intention of killing, causing terror and disturbing the order and security of society

He intentionally stabbed a

said he saw at the intersection "

two tall men trying to block the street, and one of them held a machete in his hand forcing the blocked motorists to chant slogans

I got off the motorcycle and went to see the accused.

When I asked him what he was doing, he attacked me and injured my shoulder

,” said this member of the Bassidji militia linked to the Revolutionary Guards, the ideological army of the Islamic Republic.

Thousands of people arrested since September

According to the head of justice, some of these sentences have been confirmed by the Supreme Court and must be applied soon.

These hangings and convictions come as thousands of people have been arrested in recent weeks, including journalists, actors and lawyers.

Iran is the scene of a protest movement sparked by the September 16 death of Mahsa Amini, a 22-year-old Iranian Kurd who died three days after her arrest by

for violating the Islamic Republic's strict dress code. imposing in particular the wearing of the veil for women.

Similarly, many people have received text warnings for participating in protests or for their social media activities.

Moreover, the police chief said that the police would further toughen their actions in the event of new demonstrations.