For the first time in history: due to which the trade turnover between Russia and China exceeded $172 billion

Over the 11 months of 2022, the Russian-Chinese trade turnover grew by almost a third and for the first time in history exceeded $172 billion. As part of the reorientation of exports to the East, Moscow significantly increased the supply of energy resources and food to Beijing. At the same time, businesses from China are joining the parallel import program and are trying to replace Western brands that have left the Russian Federation. Against this background, almost half of mutual trade is already carried out in rubles and yuan. Moreover, at the moment Russia and China are working on the creation of a settlement system without the use of SWIFT. 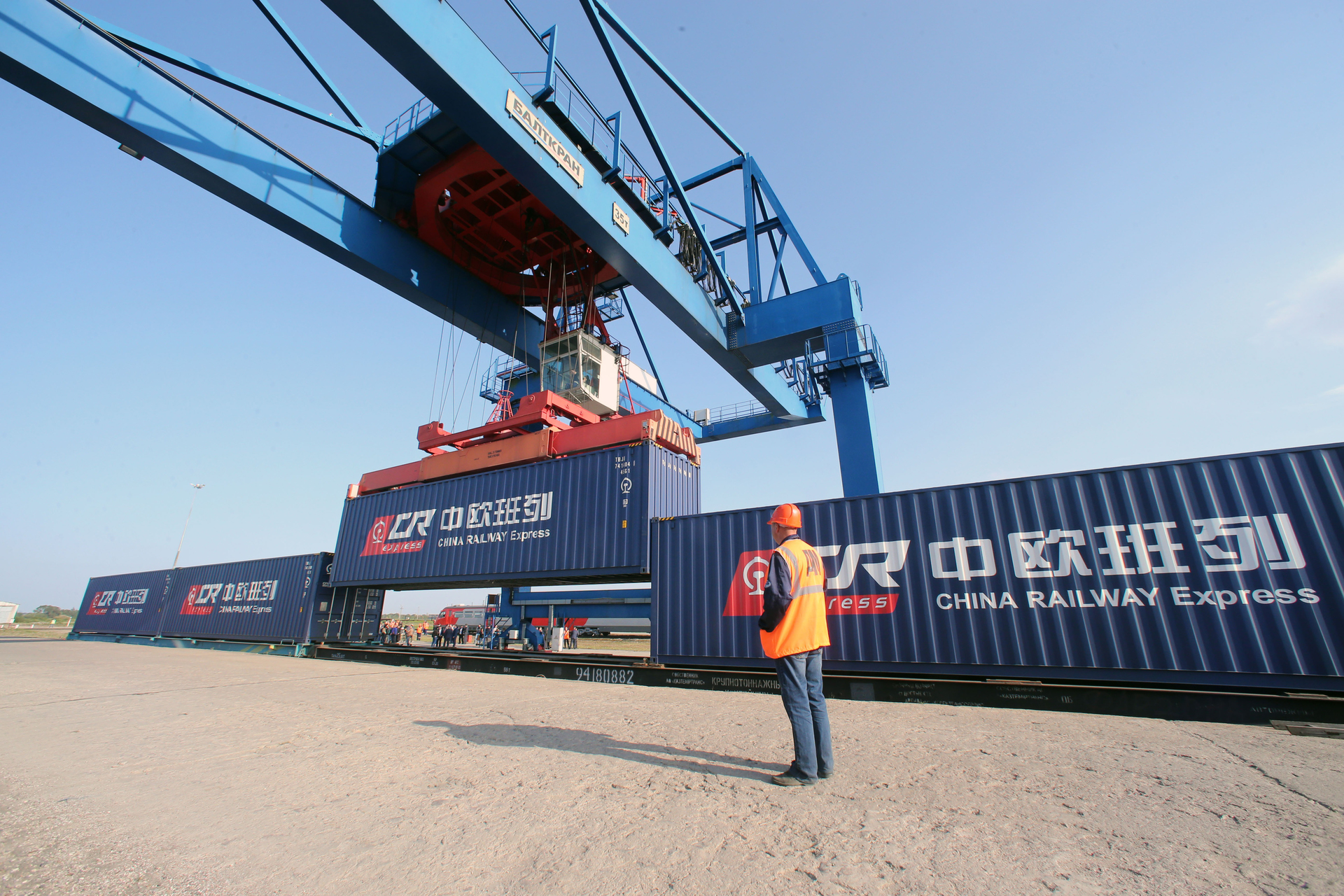 From January to November 2022, the trade turnover between Russia and China increased by 32% compared to the same period in 2021 and amounted to almost $172.4 billion. The achieved value exceeded the figure for the entire last year and became the highest in the history of trade relations between the two countries.

Such data on Wednesday, December 7, was presented by the General Administration of Customs of the People's Republic of China.

According to the calculations of the department, over the 11 months of this year, the export of Chinese products to Russia increased by 13.4%, to $67.3 billion. Moscow, meanwhile, increased the supply of goods to Beijing by 47.5%, to $105.1 billion.

“Despite the unfavorable external situation, the Russian-Chinese trade turnover is demonstrating double-digit growth rates ... In the future, as agreed by the leaders of the two countries, we will reach $200 billion or more,” Russian Cabinet Chairman Mikhail Mishustin said on December 5 at a video conference meeting with the Prime Minister of the State Council of the People's Republic of China Li Keqiang.

The head of the Chinese government also noted the steady growth of mutual trade.

At the same time, according to him, trade in agricultural products and energy carriers plays a decisive role in increasing the indicators.

“We managed to ensure the continuity of production and supply chains.

Our energy trade is developing steadily and plays the role of a cornerstone of bilateral cooperation,” Li Keqiang emphasized.

As Olga Belenkaya, head of the macroeconomic analysis department at FG Finam, told RT, Russia has significantly increased energy supplies to China as part of the reorientation of exports to the East.

Moreover, the cost of raw materials has increased markedly this year, which also affected the high monetary indicators of Russian exports to China, the expert added.

In addition to hydrocarbons and food, Beijing buys metals and timber from Moscow.

Moreover, according to her, in 2022, Chinese business began to actively occupy free niches in the Russian market after a number of Western competitors decided to leave the Russian Federation.

First of all, we are talking about manufacturers of cars and electronics.

“We see that there has been a surge in the supply of the Chinese auto industry to Russia.

There is also a redistribution of the smartphone market in favor of Chinese manufacturers - Realme increased deliveries by 67% in nine months, while the share of the iPhone was approximately halved, ”said RT’s interlocutor.

At the same time, as the analyst said, a number of Chinese companies are using parallel import mechanisms, fearing secondary sanctions from the West.

A similar practice, for example, is used by the smartphone manufacturer Huawei, Olga Belenkaya added.

Recall that parallel imports mean the importation of original foreign products into Russia without the consent of the copyright holders.

The government approved the corresponding initiative back in March to provide the domestic market with demanded goods against the backdrop of the departure of many foreign brands and Western trade restrictions on Moscow.

Parallel imports themselves began to work in May, and over the course of six months, 2 million tons of foreign products worth almost $17 billion were imported to Russia under this program. This is evidenced by the latest estimates of the Federal Customs Service of the Russian Federation.

“Of course, the participation of such a partner as China in the parallel import program greatly simplifies the difficulties that have arisen for domestic manufacturers and retailers after the departure of Western companies.

Against this background, the list of goods from China will gradually grow, as will the volume of deliveries.

At the end of this year, the trade turnover between the countries may exceed $180 billion, ”Artyom Deev, head of the analytical department of AMarkets, told RT.

Earlier, a similar forecast was voiced by the head of Rosneft, Igor Sechin.

According to him, China is Russia's main trading partner, and in the context of the global energy crisis, economic relations between the two countries represent a "pole of stability and growth."

“If the pace continues this year, the trade turnover can reach a record high of $180-190 billion. It can be expected that the goal of achieving $200 billion in trade turnover will be completed even ahead of schedule — 2024,” Sechin said at the 4th Russian-Chinese Energy Conference. business forum on 29 November.

According to Mikhail Mishustin, the stable operation of transport arteries plays an important role in the development of trade and economic relations between Russia and China.

However, the influence of the restrictions adopted during the pandemic is still being felt in this direction, the prime minister noted.

“It is necessary to continue joint efforts to restore cargo flows and create new supply chains.

Of great importance is the commissioning this year of two new cross-border bridge crossings across the Amur River - road and rail.

These large-scale projects will make it possible to increase export-import deliveries of goods, which is especially important in a difficult situation in the global economy,” Mishustin said.

It is noteworthy that at the moment almost half of Russian-Chinese trade is carried out in national currencies.

According to Mikhail Mishustin, it is precisely such calculations that should dominate, which corresponds to the logic of the sovereign economic and financial policy of the multipolar world.

According to the Central Bank, against the backdrop of unprecedented Western sanctions in the first nine months of 2022, the share of the dollar in transactions in the Russian market decreased from 52% to 34%, and the euro from 35% to 19%.

At the same time, the reorientation of trade flows towards the Asian direction and the change in the currency of settlements under existing contracts with companies from China and other countries led to a noticeable increase in the share of transactions in yuan - from 0.4 to 14%, as well as in rubles - from 12.3 to 32.4%.

“China is a huge market for our products, given the scale and needs of the economy, the vast common borders.

This is a country with which our exports and imports are incomparably greater than with other developing countries.

In addition, contracts for the supply of oil, oil products and coal are being actively converted into rubles and yuan, the Deputy Chairman of the Cabinet added.

“Such work helps to prevent risks and contribute to the transformation of the ruble and yuan into the status of world reserve currencies.

In this regard, the Central Bank of Russia and the Bank of China are working on the possibility of opening accounts for Russian companies in China, Chinese companies in Russia, and the creation of a settlement system without using SWIFT,” Novak was quoted by TASS.