The US economy is trying to avoid a recession

Joe Shimmy, an official at the Delta Children Company, which sells strollers, cribs, and children's furniture in New York City, hears a lot about an imminent recession that will hit the American economy, but he does not see any signs confirming this. Shimmy expected that the holiday season in the country would be positive for his company's revenues. powered by 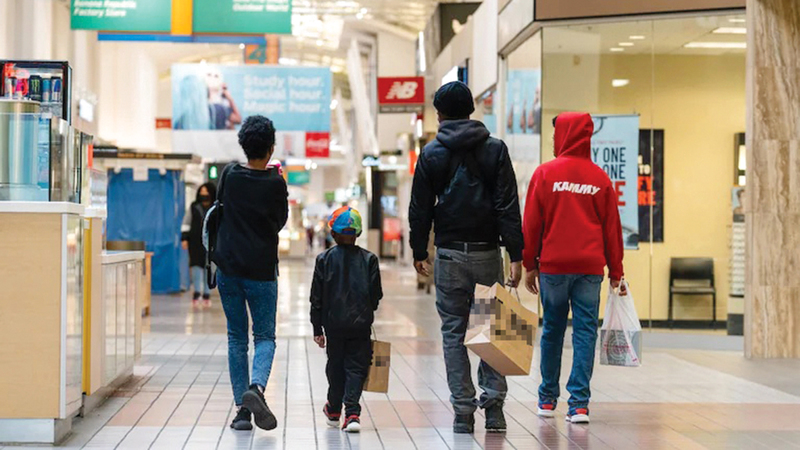 The Washington Post: Consumers are ready for a downturn, but they don't feel it

The US economy is trying to avoid a recession

Joe Shimmy, an executive at Delta Children, which sells strollers, cribs and baby furniture in New York City, hears a lot about an imminent recession in the US economy, but he doesn't see any signs confirming it.

Shimi expected that the holiday season in the country would be positive for his company's revenues, supported by the relief of the global supply chain crisis, which began to fade gradually, denying that he had any plans to reduce the number of employees, but rather that he intended to hire more people.

The Washington Post reported that there is a societal division over the economy, as people are preparing for a looming economic downturn, but they have not yet felt it in their daily lives.

Although the prevailing view among economists and Fed watchers is that the country is heading for recession, the Fed is expected to raise interest rates less in the coming months as it strengthens its commitment to curbing inflation.

And experts have good reason behind the negative forecasts. The Fed is striving to bring down dangerously high inflation by raising interest rates at their most aggressive pace in decades.

However, the dreaded recession for consumers has not yet arrived since the rate hikes began in March, and the fundamentals of the economy have remained remarkably strong.

The US economy grew in the third quarter after contracting in the first half of 2022.

Gas prices have fallen, while companies are still eager to hire workers.

For many companies and families planning ahead, a slowdown does not seem imminent.

New York Fed President John Williams said, "With modest growth this year and next, it is clear that negative shocks to the global economy, or to our economy, could push us into recession."

Despite this, observers see more reason to hope that a painful recession will not occur.

Last week, the Organization for Economic Co-operation and Development said the global economy must avoid a recession next year, even though European economies have slowed dramatically as Russia's war on Ukraine continues to push up energy prices.

Earlier this month, Goldman Sachs estimated the odds of a recession in the United States next year at 35%, indicating that growth will slow, but remain positive, as the labor market avoids mass layoffs.

Consumer spending - which normally accounts for 70% of economic activity - is also strong as the holiday season begins.

Retail sales rose sharply in October, according to the US Department of Commerce.

Shoppers pay higher prices for basics like gas and food, and continue to spend on cars, furniture and dining out.

Consumer sentiment has also improved since its dip during the summer, when fuel prices topped $5 a gallon.

Prices have fallen steadily and the local average was $3.54 a gallon, but still higher than this time last year, before the Ukraine war.

The chief economist at the American Chamber of Commerce, Curtis Dubay, has pointed out a paradox he calls "negative pessimism," in which people feel bad about the economy, but don't change their consumption behavior.

"Businesses and consumers feel that the economy is slowing down, or that it is not in good shape, but their actions do not follow through," Dubay said.

He added that "consumers continue to spend, and say that the economy is bad, even though their situation is good."