The European Union's executive has asked its 27 member states to use the influence of the bloc's insurance and shipping industries to cap the price of Russian oil at $60 a barrel. Officials and diplomats involved in the discussions said the move was part of the EU's efforts 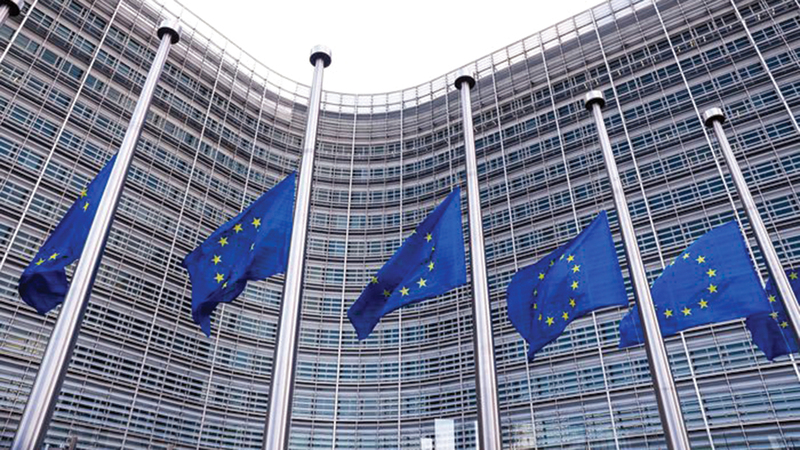 The European Union's executive has asked its 27 member states to use the influence of the bloc's insurance and shipping industries to set a ceiling for Russian oil at $60 a barrel.

Officials and diplomats involved in the discussions said the move was part of an effort by the United States and its Western allies to undermine Moscow's ability to wage war in Ukraine while keeping global crude oil prices stable.

The Wall Street Journal says that the possibility of moving forward with this plan depends on Poland's response, as all European Union countries need to sign on the proposal to move forward as planned, but Poland requested additional time to consider the matter.

The price cap is a key part of the West's attempt to squeeze the Kremlin's oil revenues while keeping global supplies steady and avoiding price increases.

The new price structure was designed as a way to allow Russia to supply oil to markets without getting the full benefit of selling it.

If the EU agrees to a price cap, the Group of Seven countries - Canada, France, Germany, Italy, Japan, the US and the UK - will need to sign on to it.

The G7, along with Australia, aims to impose unprecedented sanctions at the same time that the European ban on Russian seaborne crude imports begins after the weekend.

This level of price would keep Russian crude prices much lower than the price of Brent crude, which was recently traded at $87 a barrel.

Although in some cases, Russian crude oil was traded at less than $60 a barrel, according to Argos Media, a company that evaluates prices in commodity markets, the price of Russian Urals crude reached $48 a barrel when it was exported from the port of Primorsk on the Baltic Sea last Wednesday. .

Some US officials believe that individual price estimates are misleading due to market uncertainty, and believe that Russian crude is currently trading above $60 a barrel.

But under the price cap system, companies that ship Russian oil out of Europe will not be able to access brokerage and insurance services in the EU unless they sell the oil at $60 or less.

In addition to the proposed cap, a separate EU ban on Russian crude oil imports by ship goes into effect on Monday.