A monitoring conducted by «Emirates Today» showed that the real estate sector in Dubai registered new record sales during the 11 months of this year, with a value of about 240 billion dirhams, to be the highest sales value ever, in the history of the real estate market in the emirate, which confirms the attractiveness of the sector. Pain's confidence is established 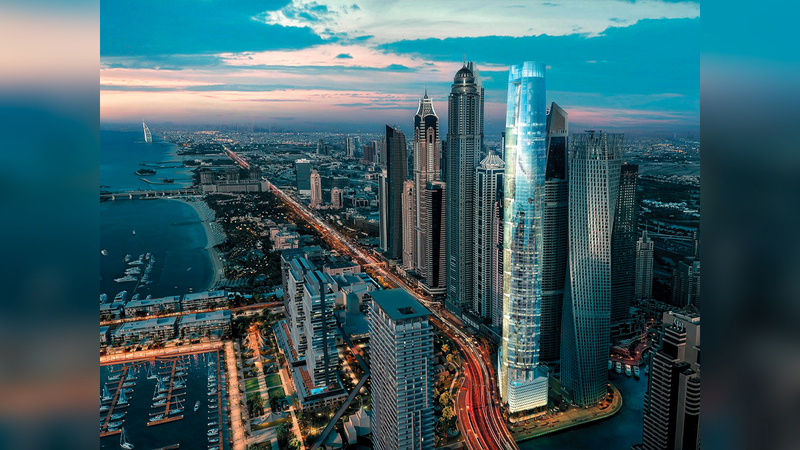 A monitoring conducted by «Emirates Today» showed that the real estate sector in Dubai registered new record sales during the 11 months of this year, with a value of about 240 billion dirhams, to be the highest sales value ever, in the history of the real estate market in the emirate, which confirms the attractiveness of the sector. Investors' confidence in the feasibility of real estate investment is established.

The value of recorded sales increased during the period from the first of last January to the end of November, by about 80% on an annual basis, compared to 133.4 billion dirhams in the same period of 2021, while the volume of deals increased by 61% to 88 thousand and 27 real estate deals, compared to 54 thousand and 668 sales transactions, according to the monitoring, which is based on the latest data issued by the Dubai Land Department.

In addition, the "W Capital" real estate brokerage company expected that sales of the real estate sector in Dubai would exceed the barrier of 250 billion dirhams by the end of this year, to be the highest in terms of value and volume in the history of the real estate market in the emirate.

Monitoring conducted by the Dubai-based company showed that the recorded sales (240 billion dirhams) to date exceed the total sales recorded during the past two years together, which amounted to 219 billion dirhams, according to the data of the Land and Property Department.

Walid Al Zarouni, Chairman of the Board of Directors of the "W Capital" Real Estate Brokerage Company, said, "The real estate sector in Dubai is currently going through a golden and historical period, as it continues to record exceptional numbers and unprecedented rates since the beginning of the year, which have not been witnessed before, in this period." The vital and important sector of the emirate's economy.

Al Zarooni added, "The year 2022 is considered the best performing year in the history of the real estate market in Dubai, as it witnessed breaking records period after period, month after month, recording a new level that it had not witnessed before, in terms of values ​​and volumes," pointing out that "the market is moving at a pace Fixed towards the end of the current year, on a sales value exceeding a quarter of a trillion dirhams, so that the value expected to be recorded at the end of the year ranges between (260-270 billion dirhams) at the very least.

He pointed out that «the real estate sector in Dubai, in general, shows signs of positive and sustainable growth this year, as real estate transactions have become no less than one billion dirhams per day, in a strong indication of the continuation of the state of exceptional momentum and performance that began since late 2021, as it is considered This is strong evidence of the growing investment attractiveness of the sector.

Al Zarouni continued, "This reflects the maturity of the market on the one hand, and its ability to continue to attract high-net-worth investors from all over the world on the other hand, while many other global markets are facing a state of uncertainty."

He stressed that «the real estate market in Dubai is still receiving great support from the unlimited facilities and qualitative initiatives launched by the emirate's government, represented in the policies to support residents, new residence laws, and the residence of entrepreneurs and investors, in addition to the infrastructure that made Dubai take the lead in the field of real estate on The global level, and strengthened its position at the forefront of global destinations as the best place to live, work and invest.

He added: «The prospects for the real estate market in Dubai look very promising for the first half of 2023, and it will be a matter of time to see if next year he will be able to break this record currently recorded, as demand is expected to continue to grow, and prices to rise. This makes the Dubai real estate market a fertile ground for investment.