Contributory pensions -those granted to those people who have contributed a minimum number of years to Social Security- will rise by 8.46% in 2023 -if the INE... 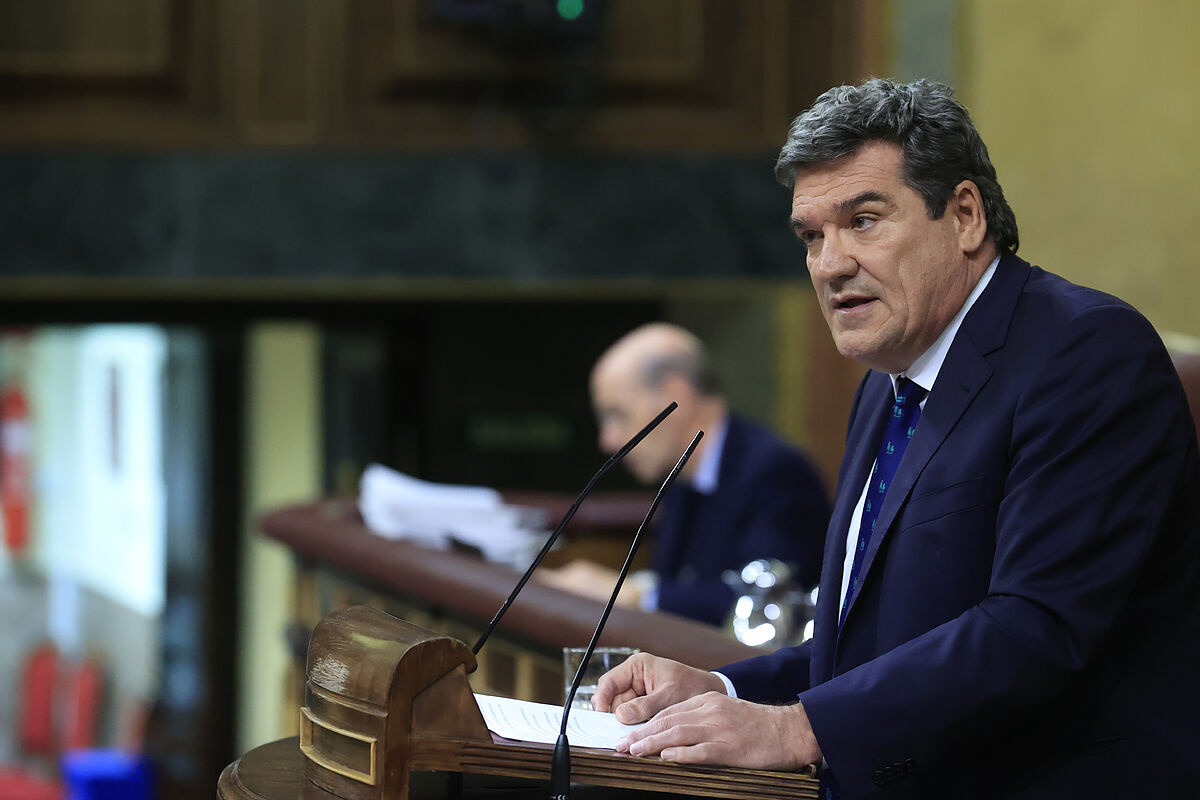 -if the INE confirms in the middle of the month that the CPI in November stood at the 6.8%, as anticipated this Tuesday-, which will fatten the public spending of the system by an

, according to the Bank of Spain, of which only

to raise the lowest pensions.

This increase in pensions in an inflationary environment -precisely the revaluation of 8.46% comes from the average of the twelve interannual inflation rates that go from December 2021 to November 2022- will be essential to help those who receive

equivalent to or less than the Minimum Interprofessional Salary (SMI),

which is currently set at

per year in fourteen payments,

According to data from Social Security,

receive the SMI or less

5.2% collect the maximum pension or more.

The Government, in its own Law 21/2021, stipulated that all pensions would rise annually according to the CPI, but the increase in inflation this year -which stands at 8.6% on average so far this year- has led many national and international organizations to

on the groups that need the most help.

Among other things, so that it is not contradictory to the restrictive monetary policy of the central banks.

In the case of pensions, the

recommended to the Executive that only the lowest rise according to the CPI, while the rest could remain unchanged or with a lower rise than inflation, as has happened with the salaries of workers.

In fact, its governor,

, went so far as to recommend that "the

be indicated (to the CPI) but perhaps not the rest".

The Social Security stipulates each year a

that each type of pension in Spain must reach and, for those who do not reach it, grants a

guarantee that all people are above that level that would separate them from the poverty.

In the case of retirement, for example,

this year for those over 65 years of age stands at

According to the Bank of Spain, only these very low pensions should be revalued with the CPI.

who participated in the drafting of the Toledo Pact recommendations between 1995 and 2013 and who was part of the Group of Experts on the Sustainability Factor approved by the Government of Mariano Rajoy in 2013, has calculated that

of the total cost, with which the State could save around 10,000 million if it only chose to raise pension benefits. this group.

His personal proposal, however, is in line with that of the Bank of Spain, since he would bet on

raising only the minimum pensions with the CPI

and applying a lower revaluation to the rest: "My personal option would be to maintain power for all contributory pensions minimum pensions, raising them by 8.5%, with a cost of around

the same percentage of public employees, which would have a cost of in around

in 2023 (which would not increase exponentially in subsequent years), compared to the 15,000 million of the chosen option," he explained to EL MUNDO.

According to his calculations, raising the pension of the

463,657 beneficiaries of the maximum pension

If a revaluation of 2.5% were applied to these pensioners, the cost would drop to 520 million.

, actuary and researcher at the Valencian Institute for Economic Research (IVIE) and one of the most knowledgeable about the pension system, calculates that the expense of revaluing the total pensions with the CPI will be somewhat less, an additional

will be used to revalue

pensions with amounts equal to or less than the SMI,

a third of the total.

The most common pension amount

in Spain is between

They are followed by the range of those who earn between

and the group of those who receive between

They are the three most common sections and all three are below the Minimum Interprofessional Wage.

due to the effect of the

-currently, there are 9.95 million contributory pensions- and in

-1,257 euros in the case of retirement pensions-", explains

the total increase in pension spending for next year at

According to the General State Budget, total spending on pensions will exceed 190,000 million euros and, despite the good performance of contribution income, "the

euros, which is covered by a new loan from the State".

In reality, if the 7,199 million euros of nominal deficit are added to the

that are part of the

current transfers of the State

for benefits and contributory functions, and the 2,793 million contributions that correspond to the intergenerational equity mechanism (the MEI, whose funds will go to the Reserve Fund and represent income for the system), "a

contributory deficit of 25,470 million euros is obtained in 2023

forecast for that year, slightly higher than the 1.7 % corresponding to the liquidation of 2022, obtained by means of the same calculations", warns

This imbalance between the income and expenses of the system, even if it is covered with State loans -that is, with income from taxes-, is the reason why the Government is working on a second part of

, that guarantees the sustainability of the system, especially in a few years in which strong pressure from spending is expected due to the retirement of the large baby-