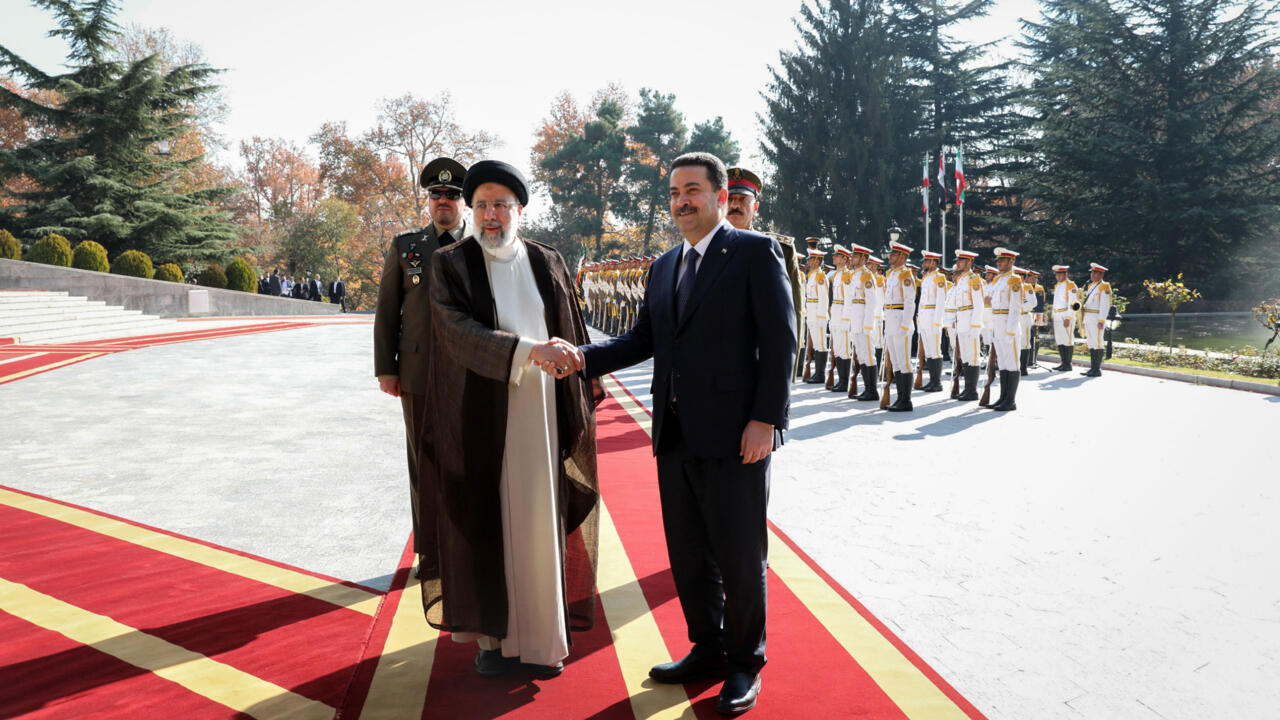 This first official trip to the neighboring country since he became head of government a month ago was seen as a desire to affirm the ties that unite the new Iraqi government and its influential neighbor.

This in a context of tensions in Kurdistan on both sides of the border.

For his first official visit to Tehran,

determined not to allow any groups

to use Iraqi territory to threaten the security of Iran

located in Iraqi Kurdistan, on the other side of the border.

They are accused by Tehran of fueling and

underway in the country, particularly since the death of Mahsa Amini on September 16.

Mohammed Chia al-Soudani announces a strengthening of cooperation to avoid repeated violations of the sovereignty of his country.

But seen from Baghdad, few believe Tehran will stop bombing if the regime feels threatened.

Beyond the security situation,

al-Soudani pleads for the development of economic relations

and the resumption of discussions between the two major adversaries in the region:

Who are the Kurds?