Let's go further with reporter Han Sang-woo. Q. Government-Cargo Alliance, is there any behind-the-scenes talks? [Reporter Han Sang-woo: It is as it appears on the outside. If you do not return to work, you will be punished. This is a situation where there is no dialogue at all because the government's principle is so clear.] Q. 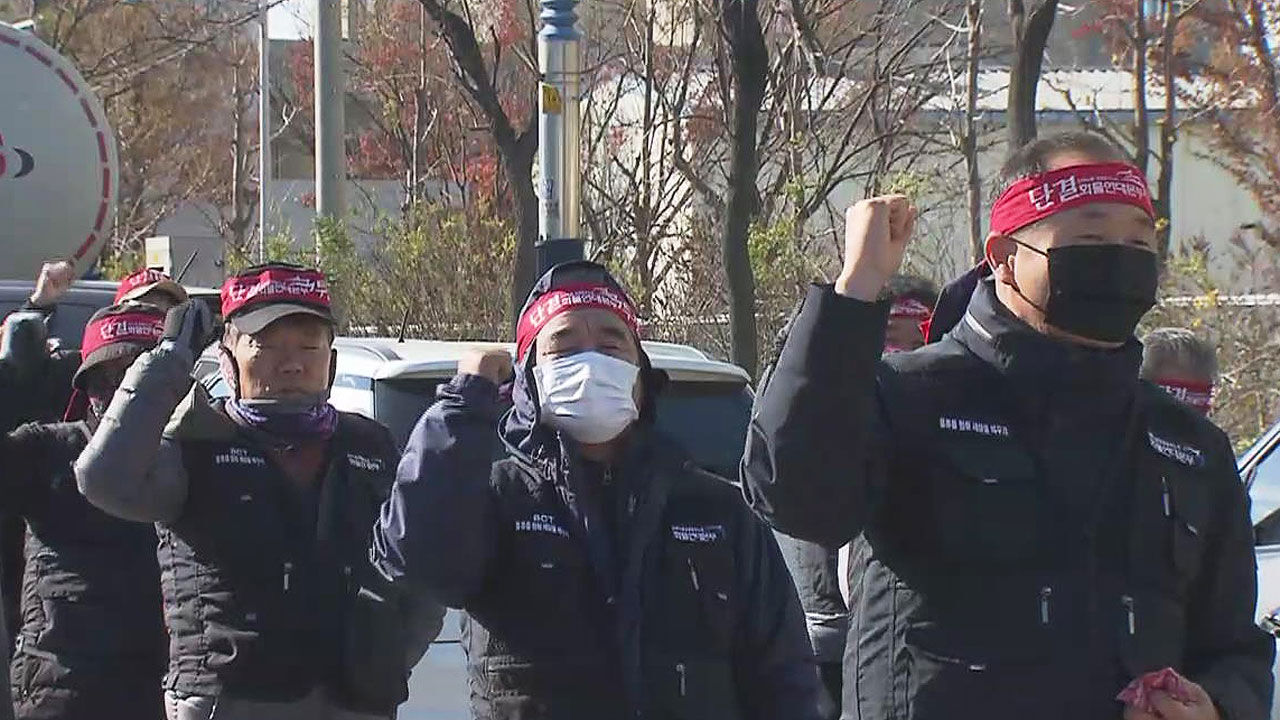 Q. Is there any behind-the-scenes dialogue between the government and the cargo union?

[Reporter Han Sang-woo: It is as it appears on the outside.

If you don't return to work, you will be punished. This is a situation where there is no dialogue at all because the government's principle is so clear.]

Q. In particular, a strong message is coming out from the President's Office?

It seems that all this situation is being led by the President's office.

The Ministry of Land, Infrastructure and Transport, the ministry in charge, also sits face to face with the Cargo Solidarity, but I will convey the story I heard to the President's Office.

In addition, since the order to start business is the first time the Ministry of Land, Infrastructure and Transport has issued it, administrative processing is quite slow.

Originally, you had to find out the address of each cement transporter and send the business commencement order by registered mail.

It is said that the government prepared quite a lot, but it doesn't seem to be the case now.]

Q. Didn't expect the government to come out this far?

Even inside the cargo regiment, I did not expect the government to go this far, this is the reaction.

The problem is that as the government continues to push forward, even within the cargo union, compromises have been made, and there is no room for these moderates to speak out.

Is it on the side of the government, because it can be criticized like this.

There is no room for compromise, and as a result, we have no choice but to continue to face each other.]

Q. Can a solution be found for the government's continued hardline card?

[Reporter Han Sang-woo: So, the government can completely abolish the issue of this strike, and this reaction came out.

In short, surrender the white flag to the cargo regiment.

However, since the government pushes to the end in the absence of dialogue, even the Korean Confederation of Trade Unions will now join the strike.

Now, if this strike is prolonged, it can put a burden on the overall economy, and this is a situation where there are even concerns.]