"The order to commence work is a violation of fundamental rights"... Confederation of Trade Unions also joined the strike

As the confrontation between the government and the cargo union continued, the second round of negotiations yesterday also broke down in 40 minutes. In the midst of this, the KCTU announced that it would hold a general strike in sympathy with the cargo union strike on the 6th. 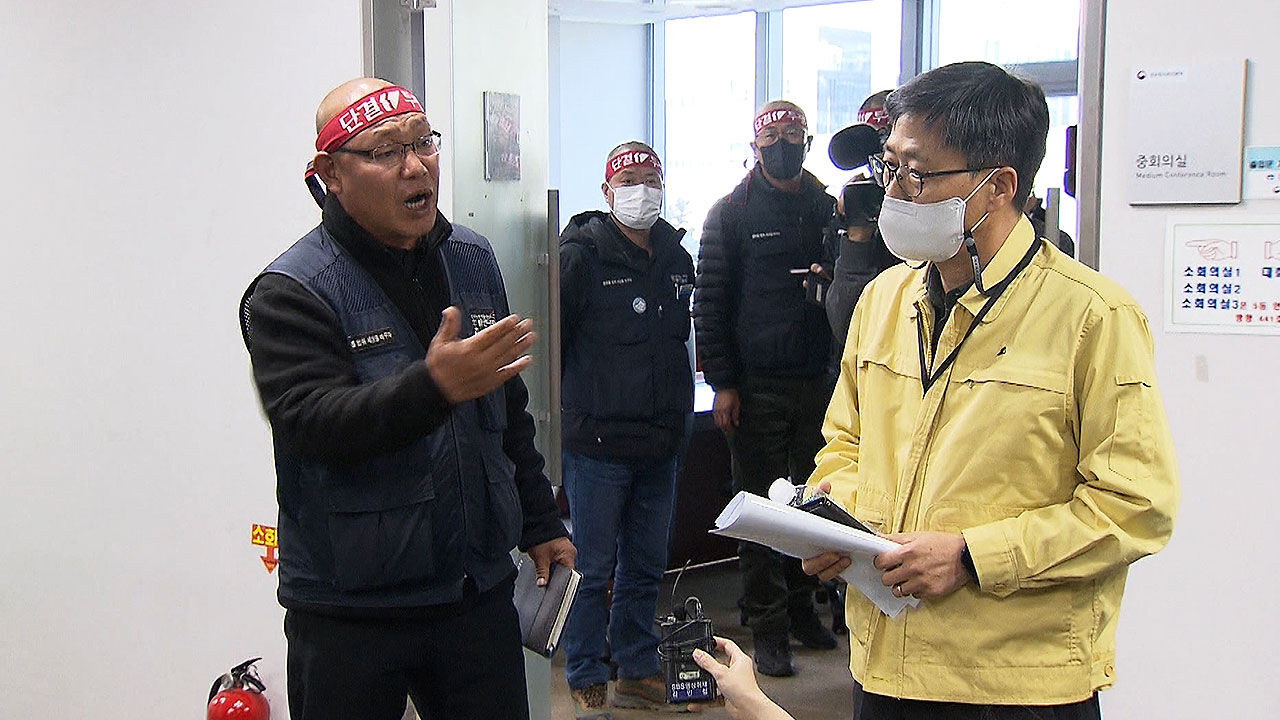 The second round of negotiations yesterday (30th) broke down in 40 minutes as the government and the cargo union continued to confront each other.

In the midst of this, the KCTU announced that it would hold a general strike in sympathy with the cargo union strike on the 6th.

Next is reporter Jo Yoon-ha.

The cargo union raised its voice yesterday as well, protesting against the business start order.

He said that the government violated the basic rights guaranteed by the Constitution, saying that truck drivers were private operators and forced to work.

[Nam-Jun Oh/Vice Chairman of Cargo Solidarity: (President) stepped forward and issued an order to start business that is anti-constitutional and unconstitutional.

They also claimed that the government was violating the law by sending a business start order by phone or text message instead of registering it, and that it could not be acknowledged.

The second meeting between the government and the cargo union in the afternoon also broke down in 40 minutes.

After leaving the negotiating room, we only raised our voices to each other.

You said that the Ministry of Land, Infrastructure and Transport is not responsible.

You said that the government would no longer come out and talk.] The

The order to start work is an attack on all workers, and on December 6, union members from other companies across the country announced that they would join in the form of participating in the cargo solidarity sit-in.

It is an aspect of an all-out war between the government, which advocates laws and principles, and the labor world, which claims that basic rights have been violated.

[Lee Byung-hun/Professor of Sociology at Chung-Ang University: We need sincere conversations and various behind-the-scenes communications, but since that part is not currently being done, wouldn't the situation get bigger?

Then, it is actually the people who suffer from pain.] The

cargo union plans to file a lawsuit for injunction and cancellation of the business start order itself, so legal battles are expected to intensify.