Three Palestinians killed by Israeli forces in the West Bank

Two youths aged 21 and 22, two brothers, in Kufr Ein, near Ramallah and a third, 44, in Beit Ummar, near the city of Hebron, in the southern West Bank, died on Monday night. tuesday… 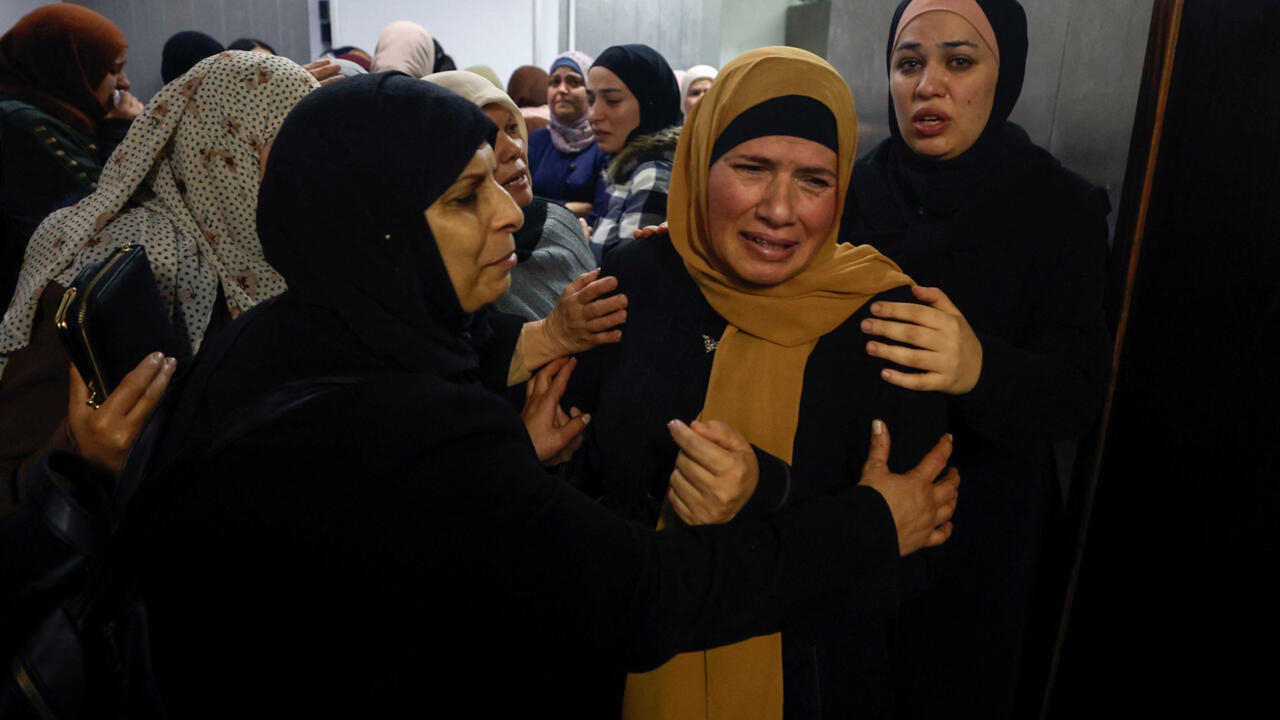 Three Palestinians killed by Israeli forces in the West Bank

A mother mourns the death of her two sons in Ramallah on November 29, 2022. © REUTERS / Mohamad Torokman

Two youths aged 21 and 22, two brothers, in Kufr Ein, near Ramallah and a third, 44, in Beit Ummar, near the city of Hebron, in the southern West Bank, died on Monday night. Tuesday, November 29.

With these last three victims, the number of Palestinians killed by the Israeli army since the beginning of the year has reached record levels: 205 according to the Palestinian Ministry of Health, 153 in the West Bank, 52 in Gaza.

From our correspondent in Ramallah

In Beit Ummar, near Hebron, Mufeed Ikhlil, 44, succumbed to his wounds, hit in the head by a live bullet during an Israeli army raid, 21 other Palestinians were injured.

In Kufr Ein, near Ramallah, Jawad and Thafer al Rimawi, 21 and 22, were killed by Israeli army live ammunition: one was a student, wanted to become an engineer, the other had recently graduated in economy and trade.

On social networks this November 29 in the morning, videos are turning, in particular those of their parents, in the hospital, crying, and paying them a last tribute.

In one of the incidents, in Beit Omar, the Israeli army speaks of throwing stones and explosive devices at their stationary vehicle because of a technical problem, to which they responded by opening fire.

In Kufr Ein, the army speaks of "

", stone throwing and Molotov cocktails during "

” for the Palestinian Authority

The Palestinian Authority considers these to be “

In Ramallah, a general strike has been declared, the streets are empty, and the cafes and restaurants are all closed.

In Gaza, Hamas said for its part that "

Israeli escalation would be met with growing resistance

To read also: In the West Bank, the behavior of Israeli soldiers raises questions