On the fifth day of the cargo union strike, the government is taking steps to issue an order to start operations. As the possibility of passing this plan at the cabinet meeting tomorrow increases, it is an atmosphere that leads to a great confrontation. 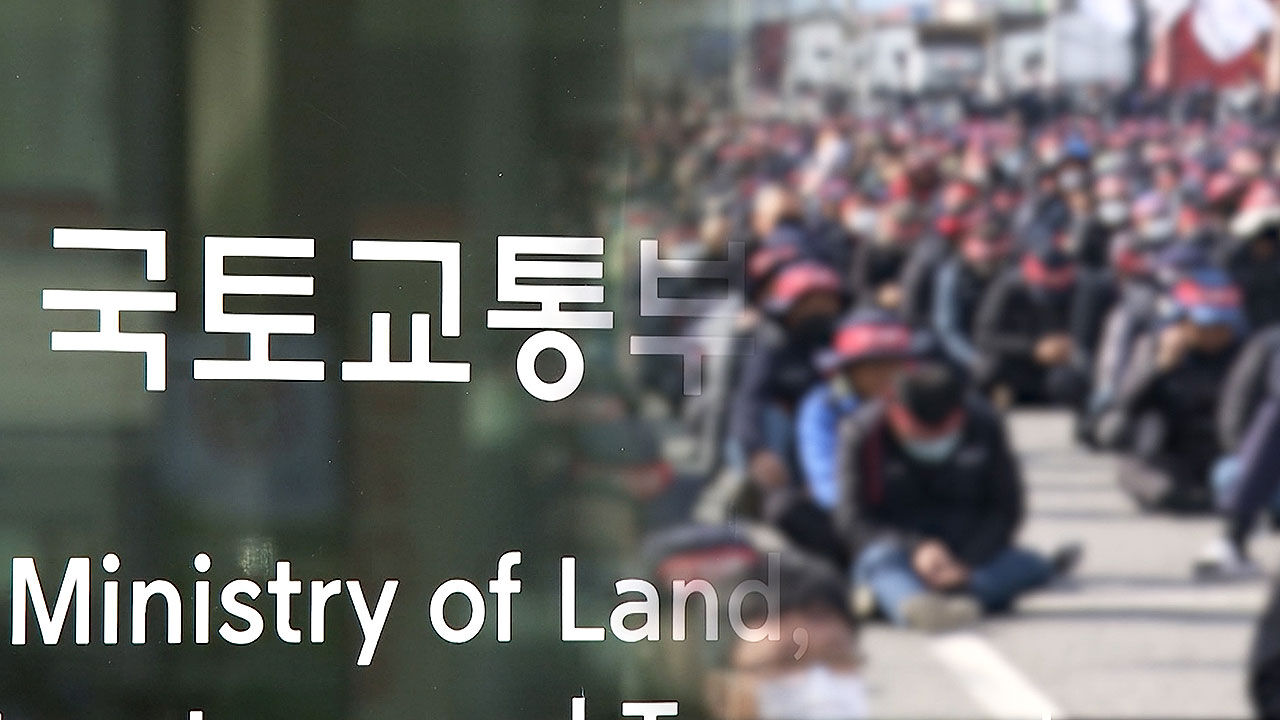 On the fifth day of the cargo union strike, the government is taking steps to issue an order to start operations.

As the possibility of passing this plan at the Cabinet meeting tomorrow (29th) increases, it is an atmosphere that leads to a strong confrontation.

During the strike last June, the alert was maintained at the alert level just below the serious level for 8 days, but this time, the serious alert was issued after 5 days.

It is interpreted that a preliminary measure was taken prior to deliberation on the business start order at tomorrow's cabinet meeting.

It means that the law has prepared a basis as much as it is possible to issue this order only when there is a serious crisis in the national economy.

President Yoon Seok-yeol also emphasized this position at the senior secretary's meeting this morning, saying that labor-management rule of law must be firmly established.

In the midst of this, the first negotiations after the strike between the government and the cargo union are held at the government complex Sejong this afternoon.

The government is in the position that there is no additional negotiation card to present, so it is highly likely that the order to start business tomorrow will be issued and legal procedures will be taken.

In the case of transportation workers who violate the business start order, they may be sentenced to up to 3 years in prison or fined up to 30 million won, and their licenses may be revoked.

On the contrary, the cargo union is in a position to continue the strike even if the order to start work is given.

As the government and the cargo union continue the atmosphere of a river confrontation, the possibility of the situation becoming prolonged is increasing.

The government is in a position to take emergency measures, such as allowing private cars to pay and move cargo, but as the cargo transport capacity is significantly reduced, the burden on industrial sites is expected to increase.