West Bank: the body of a young Israeli kidnapped in Jenin returned to his family

More than 24 hours after being kidnapped from the hospital by Palestinians, the body of an Israeli Druze, Tiran Fero, 18, killed in a car accident Tuesday November 22 in Jenin has finally been… 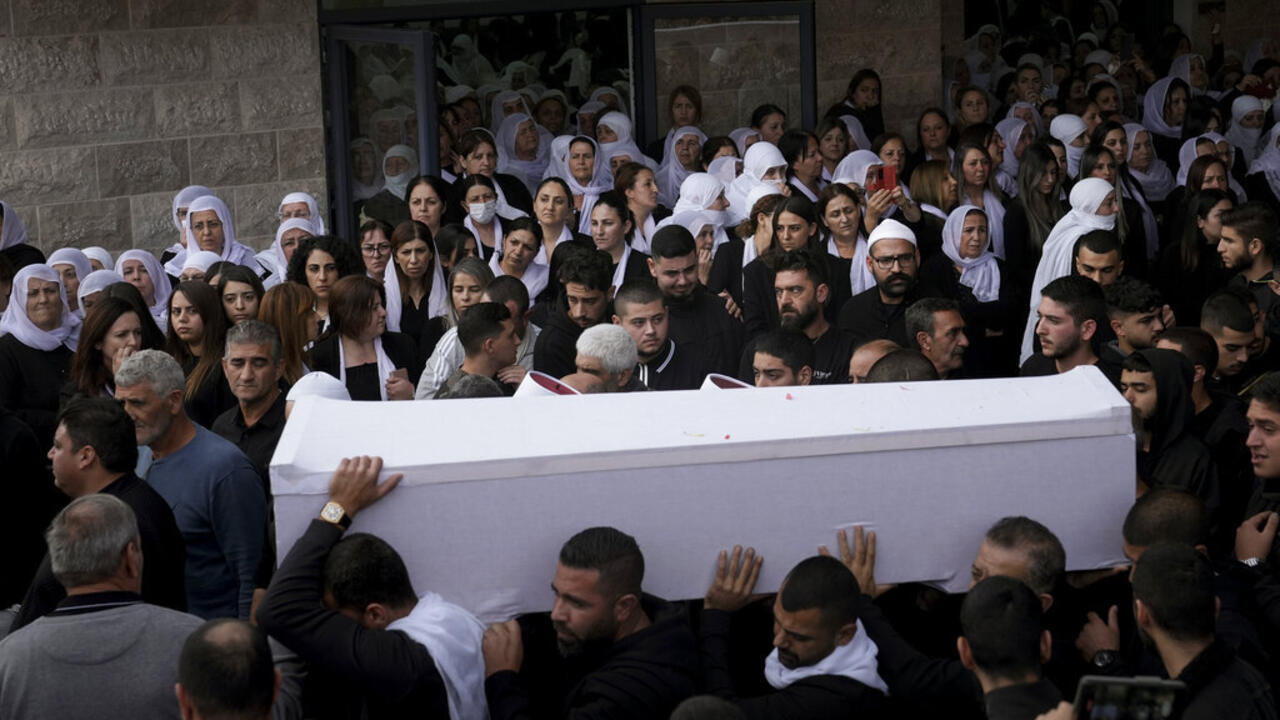 West Bank: the body of a young Israeli kidnapped in Jenin returned to his family

More than 24 hours after being kidnapped from hospital by Palestinians, the body of an Israeli Druze, Tiran Fero, 18, killed in a car accident on Tuesday November 22 in Jenin has finally been returned to his family.

He was transferred early this morning, after intense mediation efforts.

As to whether the young Druze died before or after the abduction, "

there are so many versions, it's hard to define exactly what happened there, it's still under investigation

With our correspondent in Ramallah

According to a senior Fatah official, the body was being held in the Jenin refugee camp, with gunmen behind the kidnapping believing Tiran Fero was a soldier working undercover.

After talks for a good part of the night, the delivery of the body of the young Druze was possible after mediation by the intelligence services of the Palestinian Authority, in a hurry to settle the matter as quickly as possible.

Discussions also took place in the afternoon between the head of Palestinian intelligence Majed Faraj and senior figures from Hamas and the Palestinian Islamic Jihad.

The fear of reprisals

Israel claims to have negotiated nothing, to have given no consideration in exchange for the body.

Yaïr Lapid, Israeli Prime Minister, had on the contrary threatened severe reprisals against the Palestinians responsible for this abduction, considering large-scale military action.

On Wednesday evening, November 23, near the checkpoint at the entrance to Jenin, the Druze community demonstrated and threatened the Palestinians with revenge.

The group claiming responsibility for this abduction wanted to exchange the body of the young Druze against the bodies of Palestinians killed by the army and kept by Israel.

In the streets of Jenin, a small handful of residents took the opportunity to march Wednesday night with photos of their slain relatives, whose bodies are still being held - taking advantage of the attention to also demand restitution.

The practice of restraining bodies goes against international law

Since 2016, 118 bodies of Palestinians have not been returned and more than 250 have already been buried without allowing the families to perform their prayers, rites, or collect themselves - in what the Palestinians call "the cemetery of numbers" because no no name is there: the dead are buried and listed using numbers.

While the Geneva Convention stipulates that parties to an armed conflict must bury each other's dead in an honorable way, the Israeli security cabinet has decided that it is nevertheless possible to retain the bodies of all Palestinians killed who have been accused of having staged attacks against Israelis.

According to sources in Jenin, although the return of the bodies is an important point, there was little local support for this kind of kidnapping, with residents fearing brutal repression, and "

", especially after the announces new restrictions and the closure of checkpoints in Salem and Jalameh, near Jenin.

The checkpoints were reopened this Thursday, November 24, after the return of the body.