José Luis Escrivá, Minister of Social Security, is not a person who avoids clashes and his relationship with the CEOE and Cepyme employers is already a crossroads of disavowals. 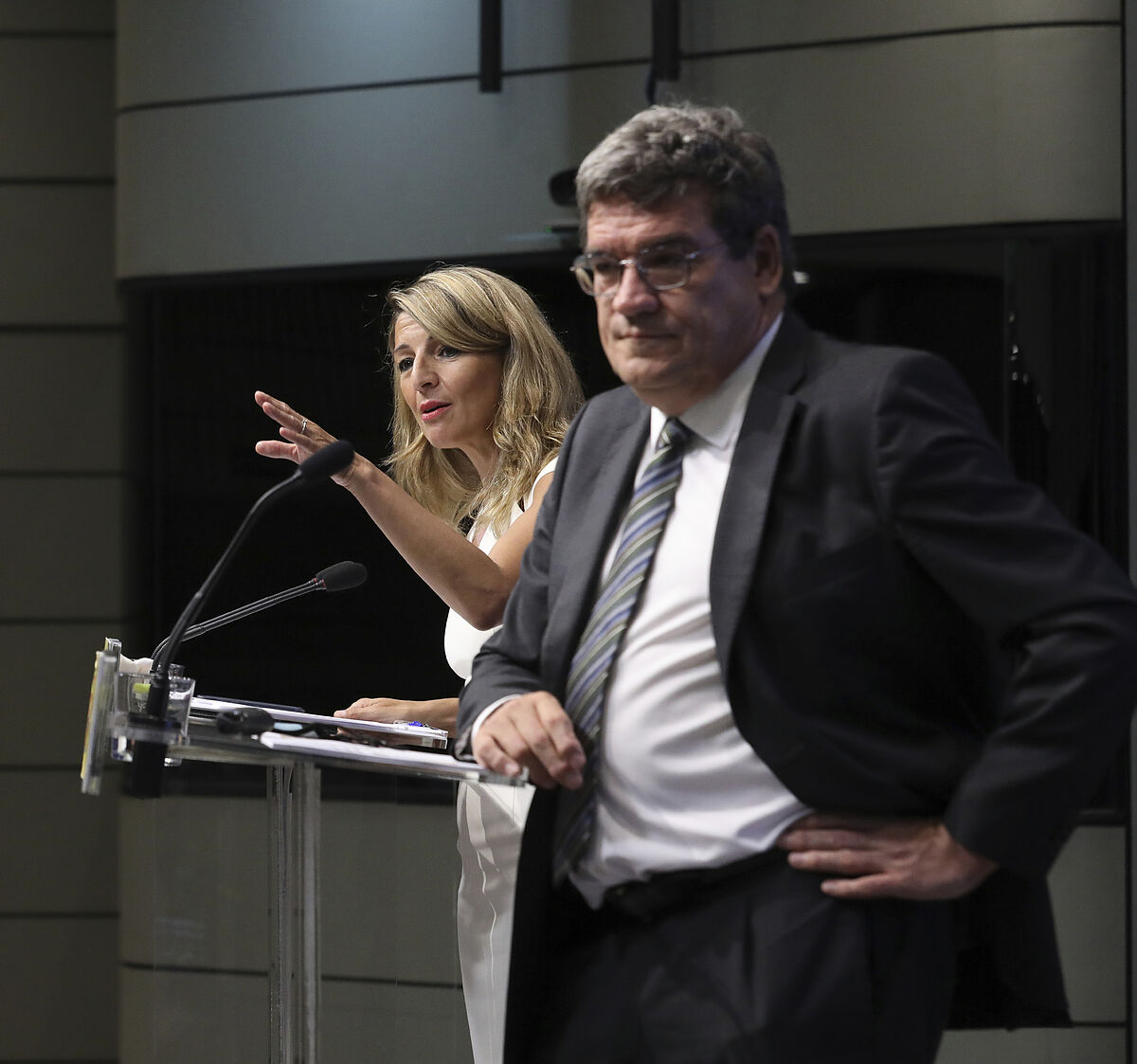 José Luis Escrivá, Minister of Social Security, is not a person who avoids clashes and his relationship with the

employers is already a crossroads of disavowals.

To the reaction of both due to the rise in social contributions included in salaries, Escrivá has responded today that more than salary costs,

the problem in the labor market is that of companies

, which maintain their profit margins with price increases while wages lose purchasing power.

Social Security considers that the increase of 8.6% of the maximum contribution bases that the employers considered "unpresentable" and that they can advance a disagreement in the face of the second phase of the pension reform was not a surprise.

the body admits that it did not inform the social agents

48 hours before announcing it in the presentation of the General State Budgets (PGE) for next year, it assumes that the businessmen knew their intention due to the constant meetings they hold.

"We are not surprising anyone," said José Luis Escrivá, Minister of Social Security.

Collection from contributions will mark a historical record next year

The more than 152,000 million that will be collected will consolidate the base on which the state must face the payment of pensions.

As a whole, these incomes

, the last year considered "normal" in the labor market.

the reaction of CEOE and Cepyme "disconcerting"

In fact, in a twist to this speech, the employers have from today the public and formal commitment of Escrivá that the

maximum bases will continue to grow with the CPI every year

"We are breaking with the past and criteria that had to do with poor planning for the sustainability of the system," he stated, downplaying the arguments of businessmen and, incidentally, recalling that the State spent 15,000 million euros during the pandemic on "extraordinary compensation" of business contributions for confinement and restrictions.

Thus, the relationship between Social Security and the employers, with whom the second part of the pension reform is sitting down to negotiate these weeks, are at really low levels.

To the descriptions of CEOE, the call by Cepyme to review what has already been agreed and the warnings from both that employment will suffer with the rise in prices, Escrivá has responded forcefully, pointing out that it

is the companies and not the workers who they are generating the feared "second round" inflationary effect,

the greatest current threat to the economy, according to the Bank of Spain.

More than at contributions and labor costs, he pointed out "we must look at business margins" or more precisely, "how the inflationary shock is redistributed between margins and wages".

: it is discussed with numbers on the table and I invite you to discuss this," he challenged the businessmen.