TotalEnergies strike: the government is pushing to resolve the crisis

The French government put pressure on TotalEnergies on Friday to put an end to the social conflict which has been causing fuel shortages in its service stations for a week, and the end of which does not seem to be in sight.&nbsp;"We are doing everything so that in the coming days this situation can be resolved", indicated the Minister Delegate for Transport, Clément Beaune. 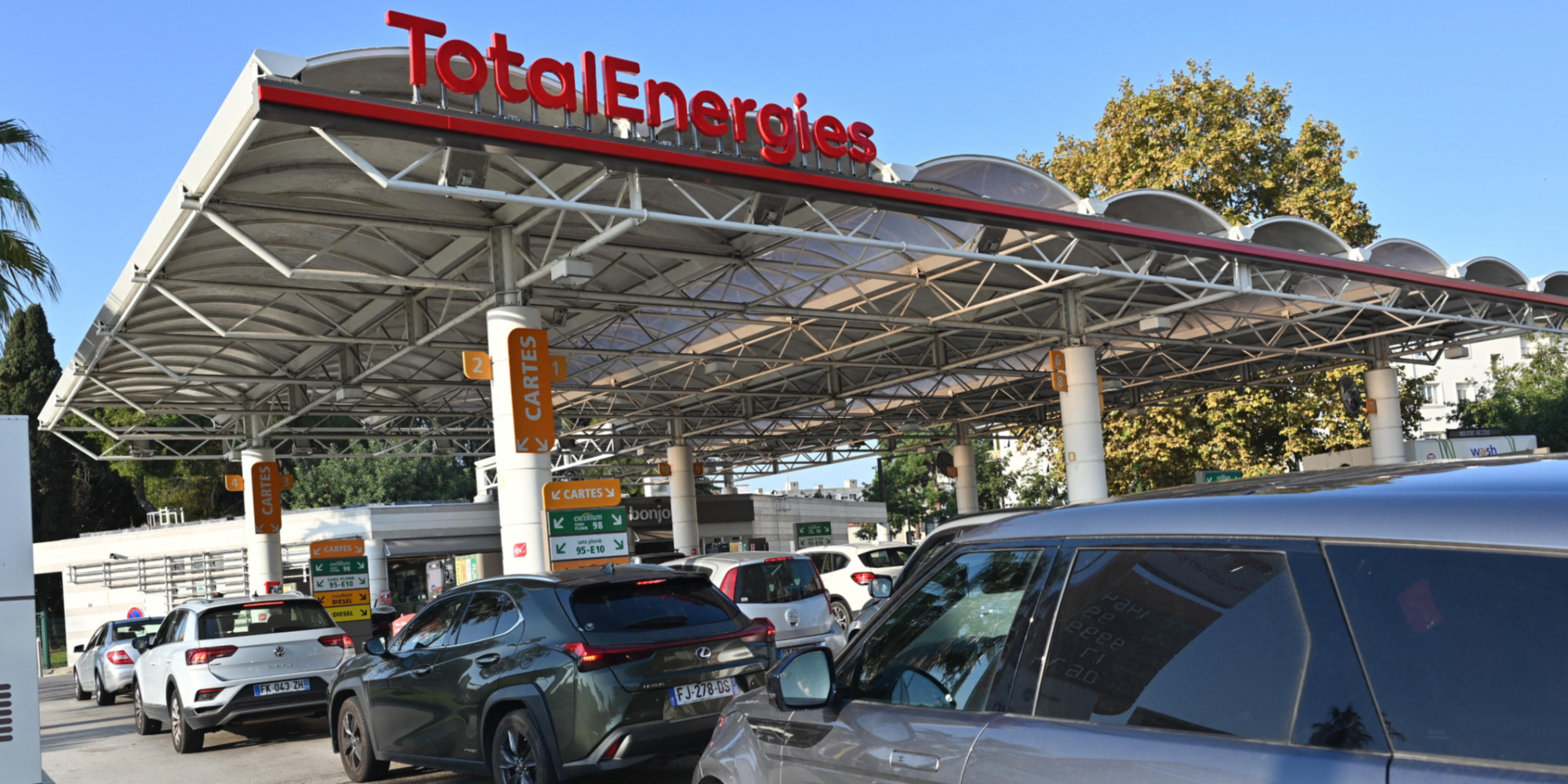 The French government on Friday put pressure on TotalEnergies to put an end to the social conflict which has been causing fuel shortages in its service stations for a week, and the end of which does not seem to be in sight.

“We are doing everything so that in the coming days this situation can be resolved,” said the Minister Delegate for Transport, Clément Beaune.

The French government put pressure on TotalEnergies on Friday to put an end to the social conflict which has been causing fuel shortages in its service stations for a week, and the end of which does not seem to be in sight.

“I call on the companies concerned, which, for the most part, still have good results, to also consider requests for a salary increase”, declared Olivia Grégoire, Minister Delegate for Small and Medium-Sized Enterprises, on Franceinfo, without name TotalEnergies and its $10.6 billion first-half profit.

“We expect companies (…) to make efforts towards employees,” she said.

The largest TotalEnergies refinery, near Le Havre (Seine-Maritime), is shut down.

Other sites of the group are on strike.

And the two French refineries of its American competitor Esso-ExxonMobil are also shut down, in both cases at the call of the CGT, in order to obtain a wage increase.

“We are doing everything so that in the coming days this situation can be resolved” and the government is “in connection with Total to try to facilitate social dialogue”, indicated for his part the Minister Delegate for Transport, Clément Beaune, on LCI. .

Tanker trucks will exceptionally be allowed to circulate on Sunday because of "fairly localized, but significant difficulties", announced the minister, who was to bring together the transporters' federations on Friday morning "to see locally where we can improve the supply".

Government spokesman Olivier Véran also made a request to TotalEnergies on BFMTV, indicating that the government was "extremely attentive to ensuring that this social movement finds a solution as quickly as possible".

At the French oil company, in addition to its Normandy refinery, the strikers were massively mobilized at the fuel depot in Flanders, near Dunkirk, at the "bio-refinery" in La Mède (Bouches-du-Rhône) and at the fuel depot in Grandpuits (Seine-et-Marne) in particular, in order to limit the exit of petroleum products as much as possible, according to the CGT.

The mobilization was much less important - 10 to 30% of strikers - at the refinery of Feyzin (Rhône), but concentrated on the strategic service of expeditions, where the CGT claimed "between 80 and 100% of strikers", indicated to l AFP Pedro Afonso, elected CGT of this refinery.

15% of service stations affected by a lack of fuel

Blockades by strikers lead to lower fuel deliveries, so petrol stations are more often out of stocks of petrol or diesel.

But the group also puts the disturbances on the account of the success of the discount at the pump of 20 centimes which it grants since September 1, in addition to the rebate of the State.

Currently, 15% of service stations are affected by a lack of one or more fuels, according to a figure quoted by several ministers.

The behavior of certain motorists has prompted the State to prohibit the sale and purchase of fuel in jerrycans and drums, in particular in certain departments of Hauts-de-France.

"Those who can wait a little bit, do not rush to the service stations because that will increase the problem", asked Clément Beaune during a press briefing.

In order to calm the situation, the government has occasionally activated the State's strategic stocks, particularly in the regions where there are the greatest tensions.

From the Feyzin refinery, Pedro Afonso lamented a "complete radio silence from our management, which does not meet with us and absolutely does not want to move things forward".

While the CGT is demanding a 10% increase in 2022 - 7% for inflation, 3% for "wealth sharing" - management has been recalling from the start that it has granted wage measures representing an average increase. 3.5% in 2022 and refers to a negotiating session scheduled for November 15… for 2023 wages.

"If we have to hold out until November 15, there are no worries," assured Pedro Afonso, ensuring that he could count on a large "solidarity fund", created to compensate for any loss of wages that would be caused the conflict for the strikers.