north vs. South: this is the map of the wage gap in Spain, town by town

This Friday the National Institute of Statistics (INE) has published the 2020 Household Income Distribution Atlas, a statistic that shows the distribution of... 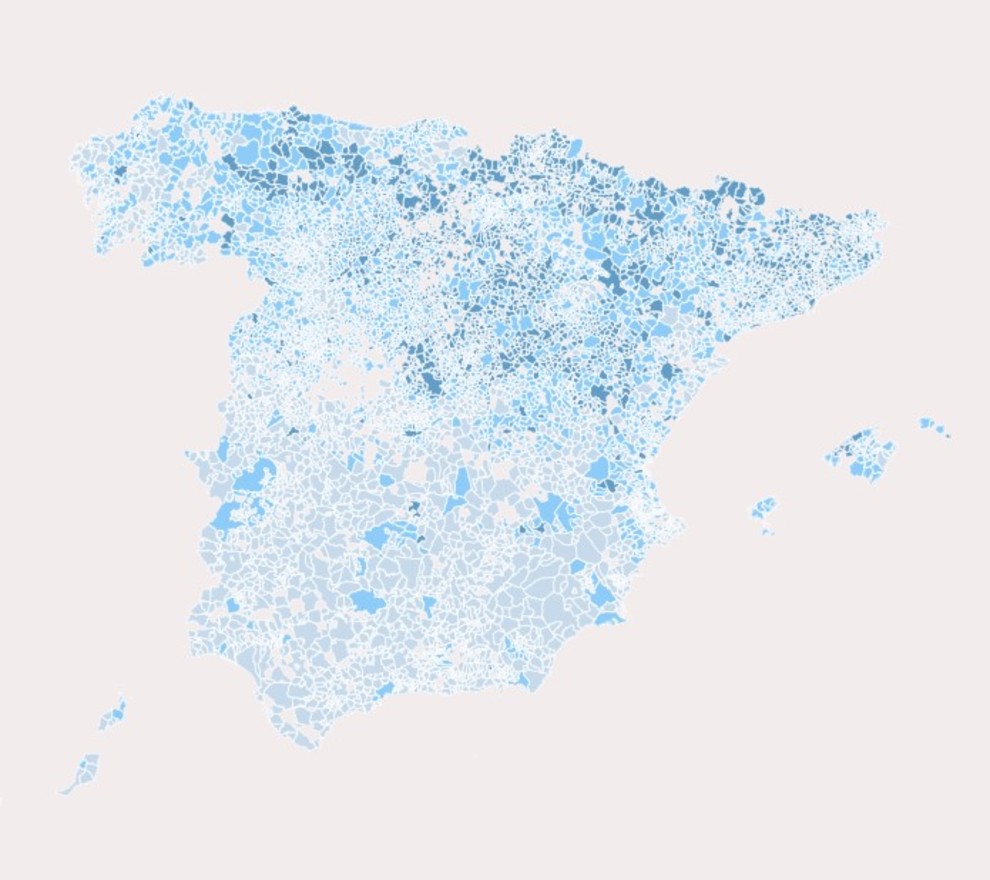 has published the 2020 Household Income Distribution Atlas, a statistic that shows the distribution of average income in those municipalities with more than 2,000 inhabitants.

In this way, we find ourselves again with a map clearly divided between north and south.

According to the economist José Alberto Martínez Crisol, it is "the same photograph as always", but with "increasingly evident" inequalities.

The municipalities with the highest average annual net income are:

However, the autonomous community that stands out the most for the average salary of its constituencies is the

The map allows you to dive through each of the municipalities with more than 2,000 inhabitants to check what the average annual income was during the year of the pandemic.

Martínez affirms: "The productive fabric of the north is more diversified, but above all it has a great capacity to retain qualified human capital, which is related to higher incomes."

On the other hand, the municipalities

with more than 2,000 inhabitants

that presented the lowest income figures per inhabitant in 2020 are all located in Andalusia: El Palmar de Troya, in Seville (6,785 euros);

Extremadura is another community that stands out for its low income, in fact, 83% of its inhabitants have an income below 10,000 euros net per year.

Martínez Crisol explains that the economy of the south is based on the secondary and tertiary sector, which implies "lower wages."

In addition, the expert points to socio-cultural customs as another cause of this situation, since large families are very common in Andalusia.

For the economist, the way to correct it would be through the use of resources such as European funds and the natural conditions of the territory, which would serve, in turn, to promote the ecological transition.