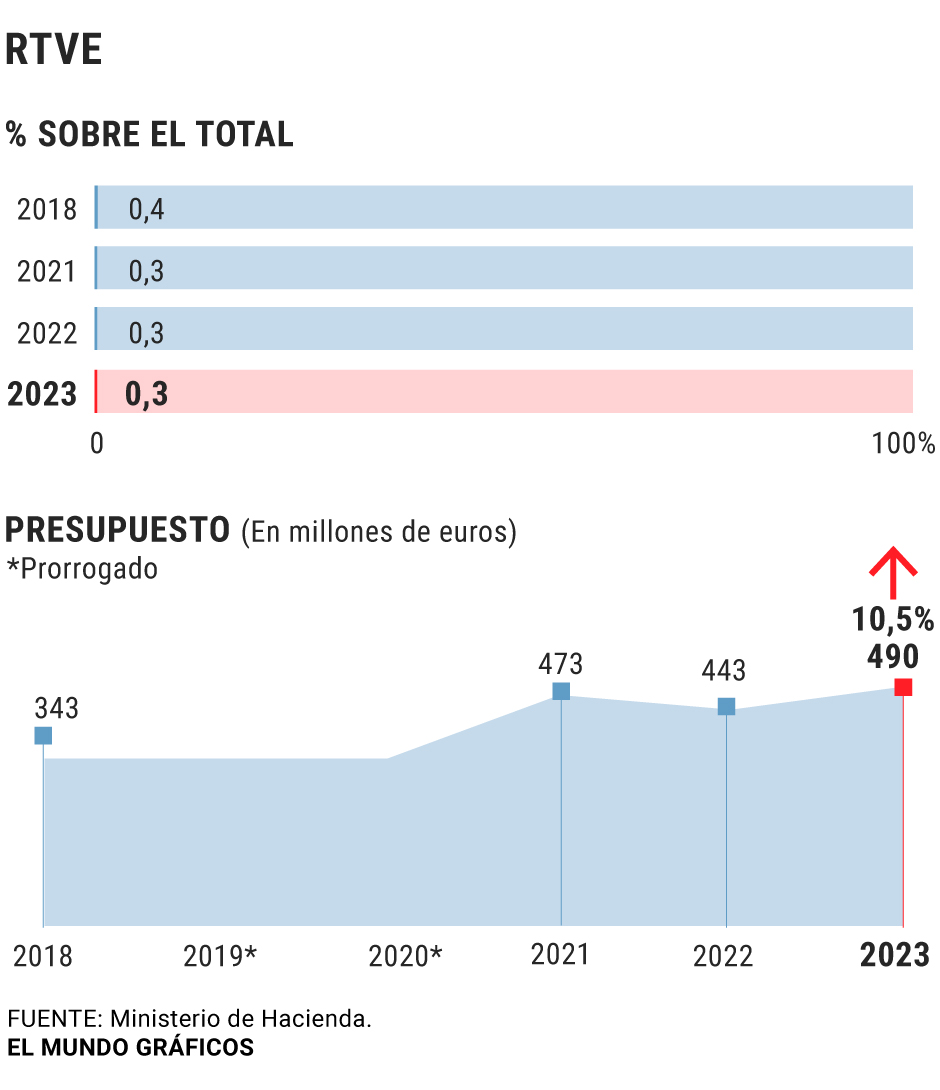 has increased the budget of

project for the next exercise presented this Thursday in the Congress of Deputies by the Minister of Finance, María Jesús Montero.

than in 2021 and gives rise to the largest allocation in recent years.

The increase occurs in full controversy over the forced departure of José Manuel Pérez Tornero, after no

longer having the necessary support

The professor was appointed at the proposal of the PSOE and obtained sufficient parliamentary support to lead a renewed Board of Directors, with the approval of both the Government and the main opposition party, the PP.

Faced with this change, the majority unions in the chain, UGT and SI, announced this Wednesday a mobilization for today to show their

"discomfort and rejection of the Government's actions

, bypassing Parliament, the true owner of the RTVE corporation, and giving the eventual president of the Board of Directors, Mrs. Elena Sánchez, powers that can only correspond to the Presidency of the Corporation elected democratically by two thirds of the Spanish Courts".

The general secretary of the PP and spokesperson for the Popular Group,

"occupying" RTVE now also before the

upcoming election year with the aim of "serving the Government".

Gamarra described the change as an

"assault on a new institution"

with a "clear objective: maximum powers with minimum controls" and lamented that the Government

"has forced the resignation of the president",

José Manuel Pérez Tornero, and has appointed a female president "interim", giving it "greater powers with a change in the Statutes of RTVE".

According to Gamarra, there is an "assault and occupation" of another body so that it "serves the Government and not the State and the Spaniards ahead of the election year."

In his opinion, there is a deterioration of the institutions due to Sánchez's attempt to control those that have something to say, such as the CIS and the INE, among others.