Neither the rise in rates nor the threat of recession stop the price of housing: it already exceeds 2,000 euros per square meter

Housing continues to be the preferred refuge for Spaniards who can still access property. Its high demand in the third quarter despite the rise in the Euribor and... 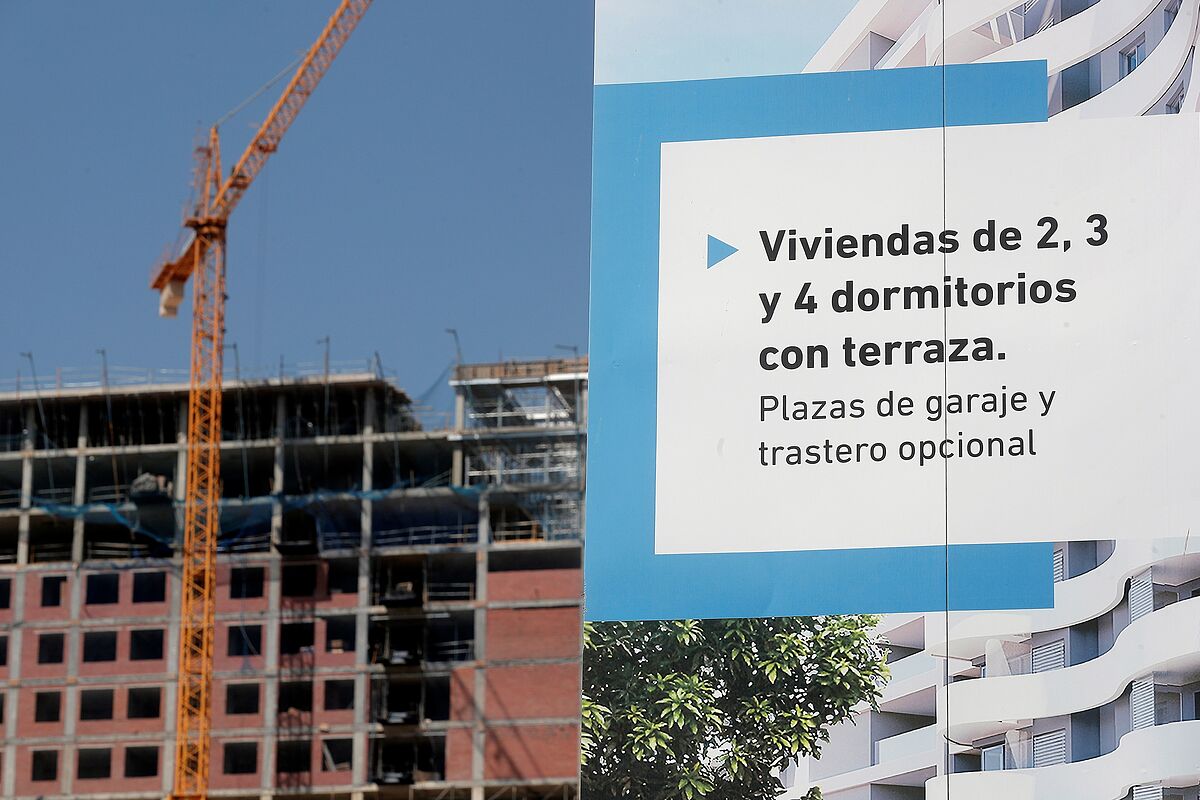 Housing continues to be the preferred refuge for Spaniards who can still access property.

Its high demand in the third quarter despite the rise in the Euribor and the rise in rates by the European Central Bank (ECB) boosted the price between July and September to levels of a decade ago:

the square meter exceeded 2,000 euros for the first time in ten years

It had been three and a half years since there had been year-on-year increases of this magnitude and that, according to the real estate portal

that compiles the data, is "the reflection of an increasingly reduced offer and a hasty purchase demand trying to overcome the harshness of the rise in rates for this second semester", in the words of its Director of Studies and Spokesperson,

"Second-hand housing becomes more expensive mainly due to the

high rate of inflation that creates a great imbalance

in the market," adds Matos.

The increase in prices is striking in a macroeconomic context in which the war in Ukraine and the energy crisis have raised the threat of a recession in Europe and in Spain, however, it makes sense in the context of the Spanish market in which the high demand caused by the coronavirus pandemic has been met with an

The tension and imbalance between one and the other is increasing the pressure, especially in those regions and cities where the divergence between the two is greater.

, the quarterly increases range from 6.9% in Santa Cruz de Tenerife to 0.3% in Burgos.

The only ones that have so far reached their maximum value in 2022 since the 2008 real estate bubble are the Balearic Islands and Malaga, where the price per square meter reaches 3,216 euros and 2,769 euros, respectively.

Regarding the ranking of prices by

, Madrid occupies the first place with a square meter that is paid at around 3,373 euros.

Tension also in the rent

With these prices, it is not surprising that a growing part of citizens is looking more and more at the rental market.

The pandemic altered the order and the purchase was once again the preferred option of the Spanish, however, the fever of the last two and a half years has skyrocketed prices preventing many of them from accessing the purchase, so the lease is prevailing again.

According to data from Fotocasa, six months ago 50% of the demand was for purchase compared to 38% for rent.

This distance of 12 percentage points has been reduced to two at present, so that 46% of the applicants

have been related exclusively to the rental and 44% to the purchase.

And this despite the fact that rents do not stop rising.

At the end of September, prices increased by 6.4% year-on-year, according to data from Idealista.

According to its records, Barcelona is the most expensive capital to rent a home, with 17.8 euros per square meter, followed by Madrid (16.3 euros) and San Sebastián (15.9 euros).

"The rental market is currently facing a very serious supply problem that is keeping prices tense in the big capitals. Not only has demand not stopped growing after the pandemic, but it is multiplying with all those people who are expelled from the sales market due to not being able to access financing. And while this is happening, the available housing supply continues to drain without finding a replacement, "explains Francisco Iñareta, spokesman for idealista.