“M Glory Holding Group” inaugurated yesterday the Damani factory for the manufacture of electric cars in Dubai Industrial City affiliated to TECOM Group, which is the first industrial facility of its kind in the UAE. The new factory includes a temporary assembly line with a maximum production capacity of 10 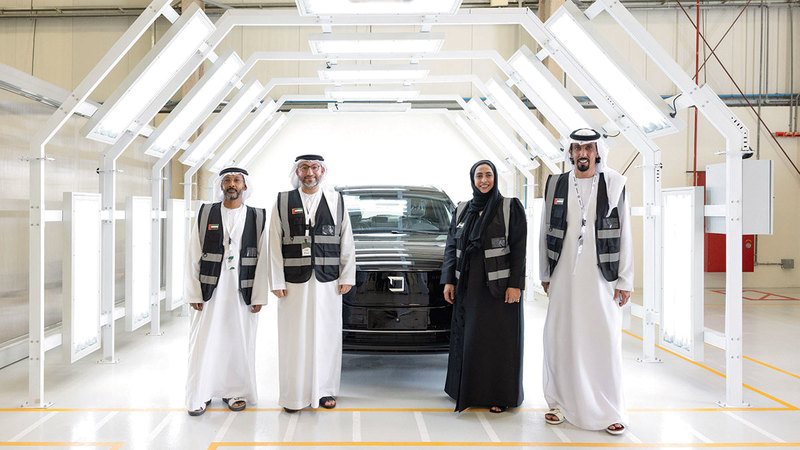 The M Glory Holding Group inaugurated yesterday the Al Damani factory for the manufacture of electric cars in Dubai Industrial City, affiliated to the TECOM Group, which is the first industrial facility of its kind in the UAE.

The new factory includes a temporary assembly line, which has a maximum production capacity of 10,000 cars annually, while the factory area is 45,000 square feet, which is a sustainable Emirati industrial facility, and is the first step for the production of electric cars, in response to the increasing demand for green transportation and reducing carbon emissions. Whether in the UAE or in the region.

"This achievement will provide another source of low-carbon energy and participate in building a sustainable future at the level of the UAE and the region alike," said Saud Abu Al-Shawareb, Executive Vice President of TECOM Group for the Industrial Sector.

He added, "The opening of the (M Glory) factory confirms our continuous commitment to upgrading the manufacturing sector and our relentless pursuit to provide an integrated industrial business environment that, in turn, contributes to enabling regional manufacturing companies such as (M Glory) to establish and develop their businesses and move forward with the implementation of the outputs of the (Make in the UAE) initiative. ».

For her part, Dr. Magda Al-Azazi, Chairperson of M Glory Holding, Chairperson and Founder of Al-Damani Automotive Manufacturing Company, said that "the Al-Damani factory for the manufacture of electric cars is the first and only in the region with international specifications."

She added, "This factory is temporary until the completion of the construction of the main factory with all its production lines in Dubai Industrial City, which is expected to be completed within the next two years, and whose production capacity will reach 55,000 electric cars annually, and it is located on an area of ​​​​one million square feet."

She stated that the electric cars produced by the current factory enjoy global competitiveness and the ability to withstand the environment and atmospheres of the Gulf region and the Middle East, and will constitute a qualitative addition to the electric car sector in the region.

Al-Azazi pointed out that the industrial sector in the UAE is on the verge of a great renaissance thanks to the 50 projects announced by the rational government, and to push the wheel of development in this sector by supporting national industrial companies and institutions, developing their businesses and capabilities, and opening new markets for them to expand globally.

A thousand cars the factory production annually when all its lines are completed.

Completion of the main factory on an area of ​​one million square feet within two years.