The multiannual salary increase that the Government has decreed for civil servants and public workers has a retroactive part. 1.5%, specifically, to try to limit... 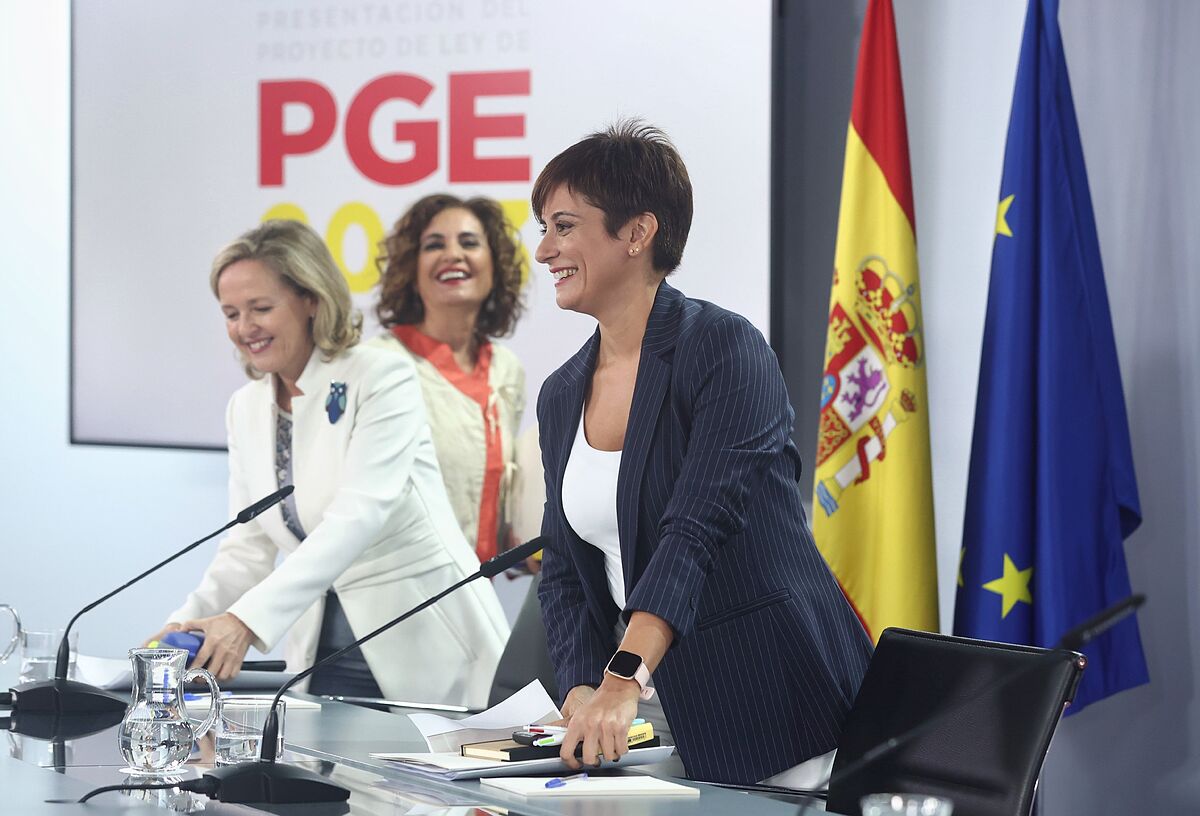 The multiannual salary increase that the Government has decreed for civil servants and public workers has a retroactive part.

1.5%, specifically, to try to limit the salary loss this year, in which inflation will be close to two digits, and which is added to the 2% that public salaries were already increased at the beginning of the year .

And that improvement, which has been agreed by the Executive with the UGT and CCOO but not with CSIF, the other majority union,

Public Function told them that the financing of human resources depends on each administration, and regional sources present at the negotiation affirm that this situation

Especially notable were the protests from the regions governed by the PP and also from Catalonia, but they did not receive any solution from the Government.

They were only notified that they are the ones who will have to bear the rise despite the fact that the Government points to the political benefit.

According to the Civil Service's own data, the salary improvement will benefit 2.7 million public employees, of which

1.6 are workers from the autonomous communities

This is most of it.

The state public sector, for its part, corresponds to just over 500,000 employees, and almost 600,000 workers are from the

This area of ​​the administration, therefore, must also take charge of that rise.

However, during the meeting it would have been pointed out that in the case of municipal entities, perhaps a solution could be sought through the Spanish Federation of Municipalities and Provinces (FEMP).

And all this, moreover, in a meeting to which communities and town councils were summoned without receiving much prior information and with little capacity to act.

At the negotiating table we have no voice or vote

The conditions of the rise

The additional expense, they continue, can even reach 200 million euros in the case of communities with a greater number of public employees.

This amount, predictably, should be paid before the end of the year, although the unions add that there may be differences depending on the scope of the administration.

If it is indeed before 2023, the payment would be charged to this year's budgets, which are already practically exhausted;

and if it is at the beginning of the next financial year, the accounts for that same year will have to face two increases: the additional 1.5% and

the 2.5% fixed plus a variable point for the next year

The agreement, which was presented yesterday by the Minister of Finance and Public Administration, María Jesús Montero, during the press conference after the Council of Ministers, is completed with a fixed increase of

In total, a maximum improvement of up to 9.5% which, as has already been pointed out, was not supported by all the unions.

CCOO and UGT jointly represent a notable majority, yes, but the presence of the Independent Trade Union Central and Officials is also very important in the public sector.

This union rejected the agreement for several factors.

First, because they consider that the increase is insufficient given the high level of inflation, which

to a new loss of power.

Second, because the Executive "

" the rise with a variable that is difficult to achieve and an increase, the 2% already applied at the beginning of the year, which is added to the rise as a whole.

That increase, they state, is not part of the multi-year agreement but rather was a rise imposed by the Civil Service, and in their opinion the improvement is a maximum of 7.5%.

And third, because the Government is "

" measures that should already be applied and that, also in this case, are added to the agreement signed on Tuesday night as if they were a novelty.

The most obvious case is the 35-hour weekly shift, which should already be in operation and, however, is hardly applied in some areas of the Public Administration.