The President of the Government, Pedro Sánchez, sends a new signal of distancing with businessmen. He definitively declines his attendance at the Family Business Congress... 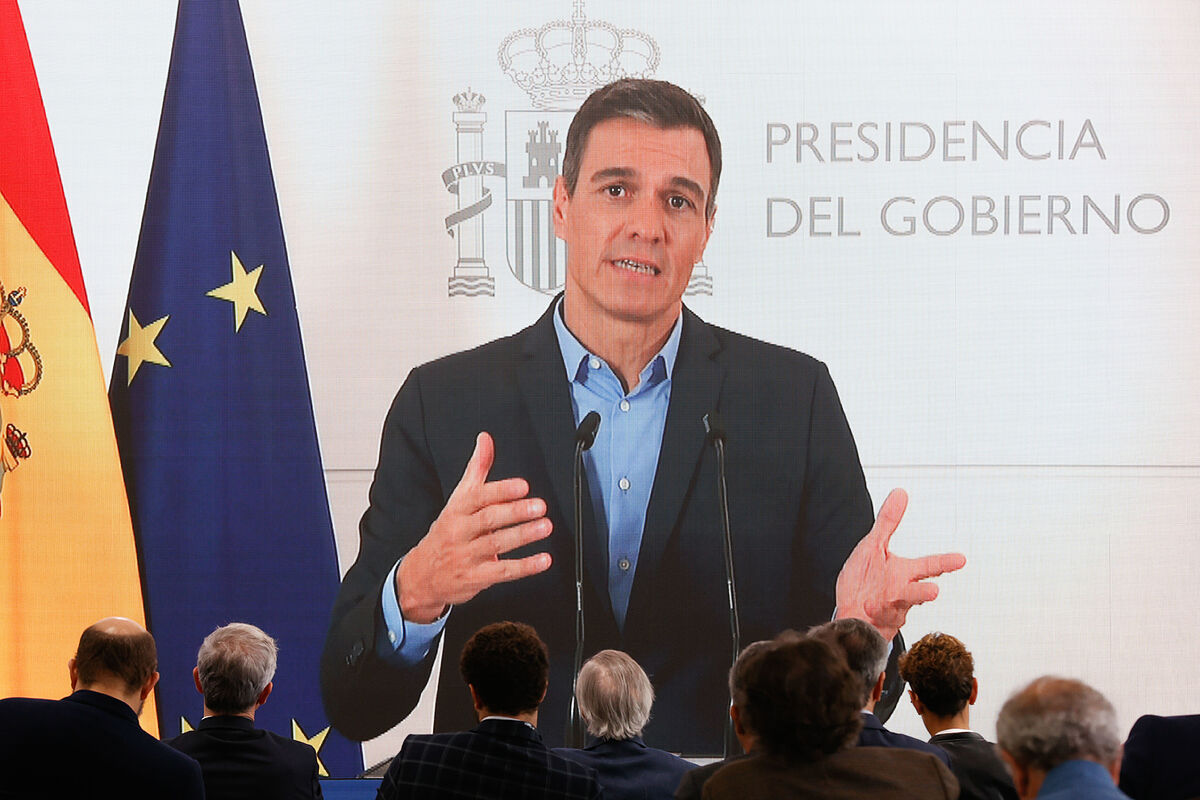 , sends a new signal of distance from the businessmen.

He definitively declines his attendance at the Family Business Congress and opts for a visit to the Balearic Islands that includes a meeting with the group of chambermaids Las Kellys from Palma de Mallorca.

, the president of Sener and the Family Business Institute, which brings together some of the main companies in the country, tried to get Sánchez to attend the annual congress that begins this Sunday in Cáceres through various flexible formulas, but the socialist leader has declined.

His gesture coincides with the discourse that he has been maintaining in recent months that there are "dark economic powers that seek to break the government."

The Minister of Education,

to the event in Extremadura, while the President of the Government, already recovered from Covid, goes to Palma.

According to a government statement, he will visit the facilities of the Carob company, in Marratxí (Mallorca) and, later, will hold a "meeting with representatives of the group of chambermaids Las Kellys de Palma, at the Hotel Meliá Palma Bay".

Carob is a Balearic company founded more than thirty years ago that stands out for having developed "its own technology, optimizing to the maximum the manufacturing process of locust bean gum from the endosperm of the seed".

As for the chambermaids, the Government has improved their conditions and places them as an example of its "government of the people" policy.

For its part, the Cáceres congress is the great annual event of the Family Business that brings together, among others, the main executives of Inditex, Mercadona, Ferrovial, Gestamp, Acciona, Fluxá or Banca March.

The leader of the PP,

, has confirmed his attendance this Monday at the meeting, which he chooses as the motto "The heartbeat of Spain" as family businesses constitute 70% of employment and 60% of the country's GDP, according to your data.

Sánchez has planted the Family Business Institute in previous editions since he was not applauded during a visit after accusing businessmen of not paying enough taxes.

According to the opening statement of the Congress, "together, the companies that make up the Institute employ 1.1 million people. Their joint annual turnover is 14% of Spanish GDP, a percentage that exceeds 24% if the Related Territorial Associations of Family Businesses, which include another 1,500 companies".

Business 2022-10-02T18:54:39.763Z
Sánchez plants big businessmen in the Family Business Congress and gives priority to a meeting with the 'Kellys' in Palma
News/Politics 2022-09-05T00:47:26.437Z
The Ibex approaches Feijóo before the expectation of change
Business 2022-10-03T15:30:53.516Z
Feijóo asks businessmen for "faith" so that they do not go to Portugal due to the Government's tax increase
ADS
News/Politics 2022-07-28T10:01:09.046Z
New gesture by Felipe VI: Marivent ceases to be a private place and will welcome civil society
News/Politics 2022-06-30T16:00:37.972Z
Feijóo asks the Government for "coherence" between the PSOE and Podemos to be able to support it in the commitments made in NATO
Business 2022-11-18T10:05:06.019Z
Sánchez mobilizes to seduce Samsung and attract chips and investment from South Korea: "We want to be a world benchmark"
News/Politics 2022-09-05T11:35:53.817Z
Sánchez promotes Yolanda Díaz to connect with citizens: the Government approves the strike for domestic workers
News/Politics 2022-10-18T12:06:43.886Z
Taiwan compatriots in Shenzhen are discussing the report of the 20th National Congress of the Communist Party of China: I hope that young people from both sides of the strait will join hands to strive for the future
News/Politics 2022-11-30T20:09:24.830Z
Emirati businessmen started from scratch and their investments flourished under the union