World Bank President David Malpass warned that developing countries will face major challenges in the near future, as the sharp slowdown in global growth increases the risks of recession. developing world 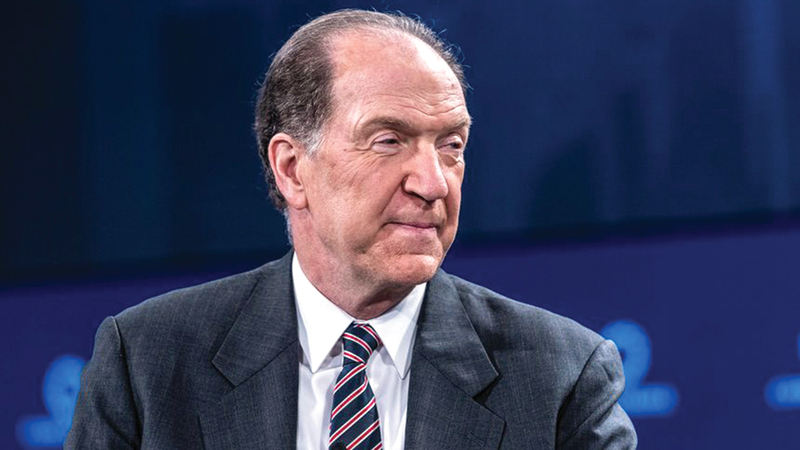 World Bank President David Malpass warned that developing countries will face significant challenges in the near future, as a sharp slowdown in global growth increases the risks of a recession.

Malpass said, in an interview with "Stanford University" in the United States, that "the challenges facing the developing world are shaped by the high prices of foodstuffs, fertilizers and energy resulting from the war in Ukraine, as well as high interest rates, currency devaluation and capital outflows. It may lead to a shortage of funds to support people’s lives and economic activities.”

"The humanitarian consequences of these overlapping crises are catastrophic," he added.

The International Monetary Fund and the World Bank plan to host meetings next month in Washington to discuss the global economic slowdown and related issues.

Fiscal officials and central bankers from around the world are preparing to gather amid rising inflation, rising interest rates, growing market turmoil and the effects of Russia's invasion of Ukraine.

He said, "If the current fiscal and monetary policies become the new normal, then this implies that the developed countries absorb the flow of capital and prolong the lack of investment in the developing countries in a way that hinders future growth."

Malpass explained that the decline in investment in the developing world began after the global financial crisis of 2008, with a shift in the monetary policies of advanced economies towards zero interest rates and massive purchases of bonds.

Soft money policies in the United States, Europe and Japan directed capital to wealthy companies and people in advanced economies, driving up asset prices there and stagnating investment in developing countries, he said.

The World Bank has also lowered its growth forecast for China this year.