Korea has been listed as a target country in the World Government Bond Index, one of the world's three major bond indexes. If the consultation process goes smoothly, the final transfer will be possible as early as September next year. 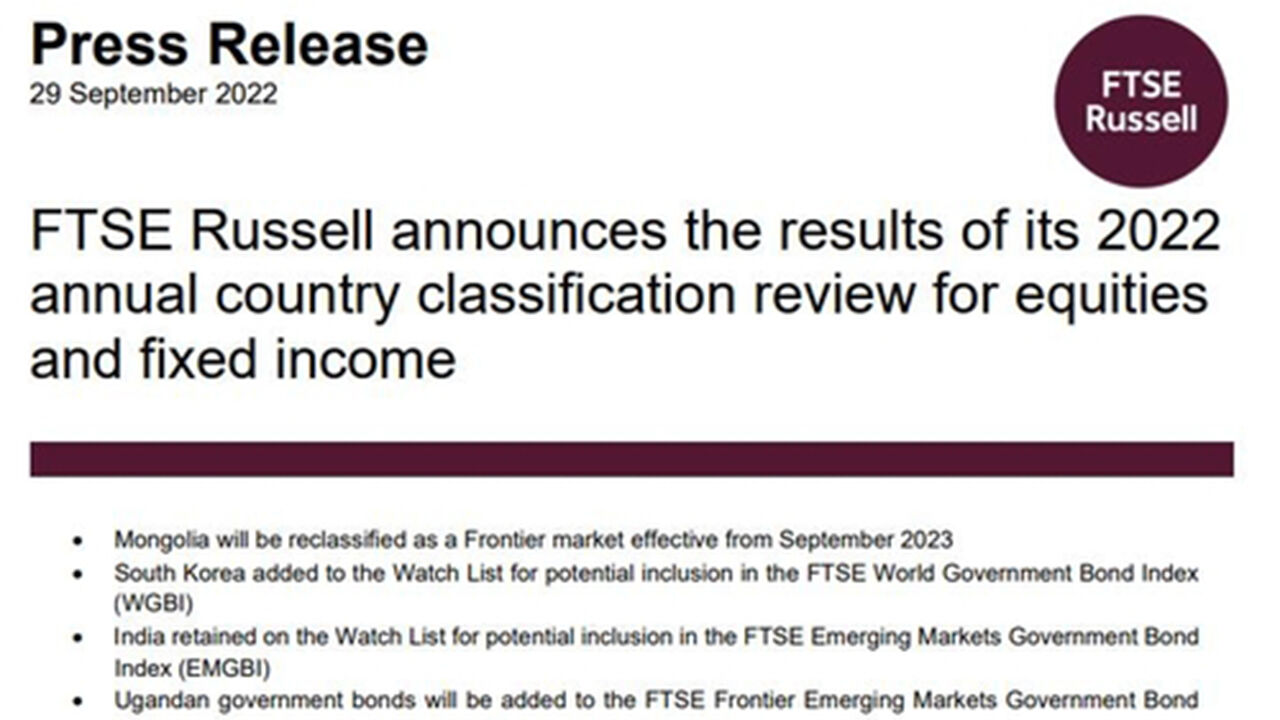 Korea has been listed as a target country in the World Government Bond Index (WGBI), one of the world's three largest bond indexes.

If the consultation process goes smoothly, the final transfer will be possible as early as September next year.

FTSE Russell, who manages WGBI, said this in a press release distributed on the 29th (local time).

FTSE Russell added, "We will collect feedback from market participants on whether the proposed reforms have been implemented so that we can assess whether the level of market access has improved."

The FTSE confirms the possibility of improving market access due to policy changes, adjusts the list of countries to be observed, and decides whether or not to be included during the annual review in September every year after reviewing for at least six months.

In the case of Korea, it was included in the observation list this time, so it means that the final incorporation can be expected in September of next year.

WGBI is one of the world's three major bond indexes, with government bonds of 23 major countries including the US, UK, Japan and China incorporated.

WGBI's follow-up funding is estimated at around $2.5 trillion.

Among the world's top 10 countries based on nominal gross domestic product (GDP), only Korea and India are not included in the WGBI.

Due to the relatively low status of government bonds, there was a discount (undervalued) for won-denominated bonds and interest rates went up.

Incorporation is usually carried out by newly calculating the portfolio inclusion ratio at the end of each month in proportion to the market capitalization of government bonds with a residual maturity of at least one year.

In the case of first-time transfer countries, the proportion of transfers is usually increased over a period of 6 months to 1 year.

When Korea is incorporated into the WGBI, the final inclusion ratio is expected to be around 2%, and institutions following the WGBI will use this ratio as a benchmark to invest in Korean government bonds.

Previously, the Korea Institute of Finance predicted that if Korea joins the WGBI, foreign government bonds worth 50 trillion won to 60 trillion won will flow in.

It was estimated that the interest cost saved by the fall in the KTB interest rate would be between 500 billion won and 1.1 trillion won per year.

The government pushed for incorporation into the WGBI in 2009, right after the global financial crisis, but the final incorporation failed.