[Friendly economy] A 'vending machine' has also appeared... Gold is no longer a safe haven. 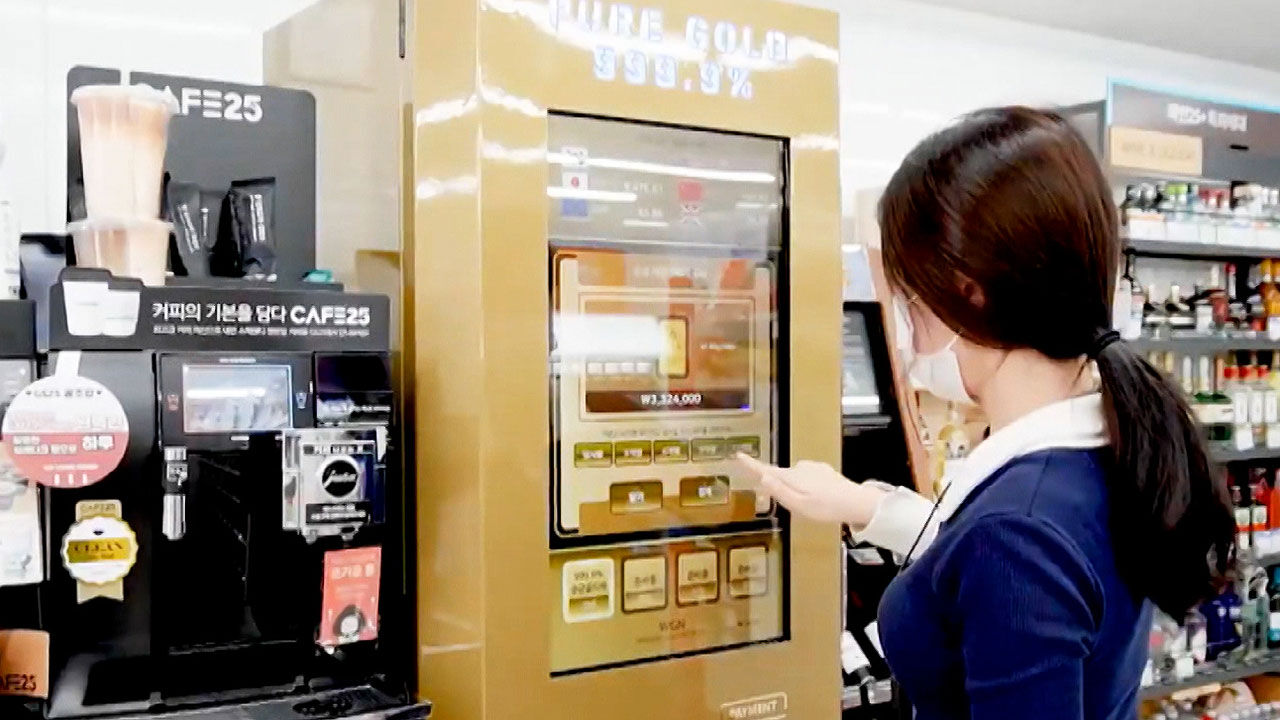 A gold vending machine was installed in a convenience store.

Yes, in the meantime, convenience stores also sold gold bars, but they were sold during special periods such as holidays and family months, right?

But by installing a gold vending machine, you can buy it at any time.

It's a convenience store with a gold vending machine.

In the past, it was a method of selecting from a brochure, purchasing, and receiving the product later. Now, just like ordering at a kiosk, you can receive it on the spot at the push of a button.

The vending machines are designed so that you can sell up to 20 dollars of gold and gold that you can currently buy for one, ten, and ten dollars.

Is there a reason why a convenience store even installed a gold vending machine like that?

Yes, this is to make it easier for customers who prefer safe assets to buy gold in an unstable economic environment.

The war in Ukraine is not over, and the stock and bitcoin markets aren't good right now, right?

Also, when prices rise like this, many people seek out gold, which is usually a safe haven asset, to hedge against inflation.

But 'who buys gold at the convenience store?'

You might think, but if a convenience store company isn't profitable, it won't sell it, right?

Currently, gold vending machines are installed in 5 stores, but it is planned to expand to 100 stores in the future.

But recently, the international gold price has fallen again.

Yes, gold was originally considered as two of the safest assets along with the dollar in an inflationary situation, but recently the international gold price has been out of whack.

The reason is the strong dollar.

The international gold price peaked in March and is generally on a downward curve. In March alone, gold would be in the spotlight due to the recession and war. There were many such prospects, but inflation is so strong, The price of the dollar skyrocketed because it was raised too much, and as money flowed into the dollar, the price of gold relatively slowed down.

However, unlike the international gold price, the domestic gold price has not fallen significantly since last March.

Domestic gold prices are more expensive because the international gold price includes the won, the dollar, and the exchange rate.

The nutritional information of the milk kit product is not properly labeled.

When the Korea Consumer Agency surveyed 16 products on the market, only one product showed nutritional information, and there was a reason.

This is because ready-to-eat foods, ready-to-cook sets, and ready-to-sell manufactured foods are not subject to compulsory labeling of nutrients.

The domestic milk kit market is growing significantly from 40 billion won in 2019 to 300 billion won this year.

In addition, in some cases, half of the surveyed products omitted basic information such as expiration date or food type, or labeled the raw material differently on the outer and inner packaging.