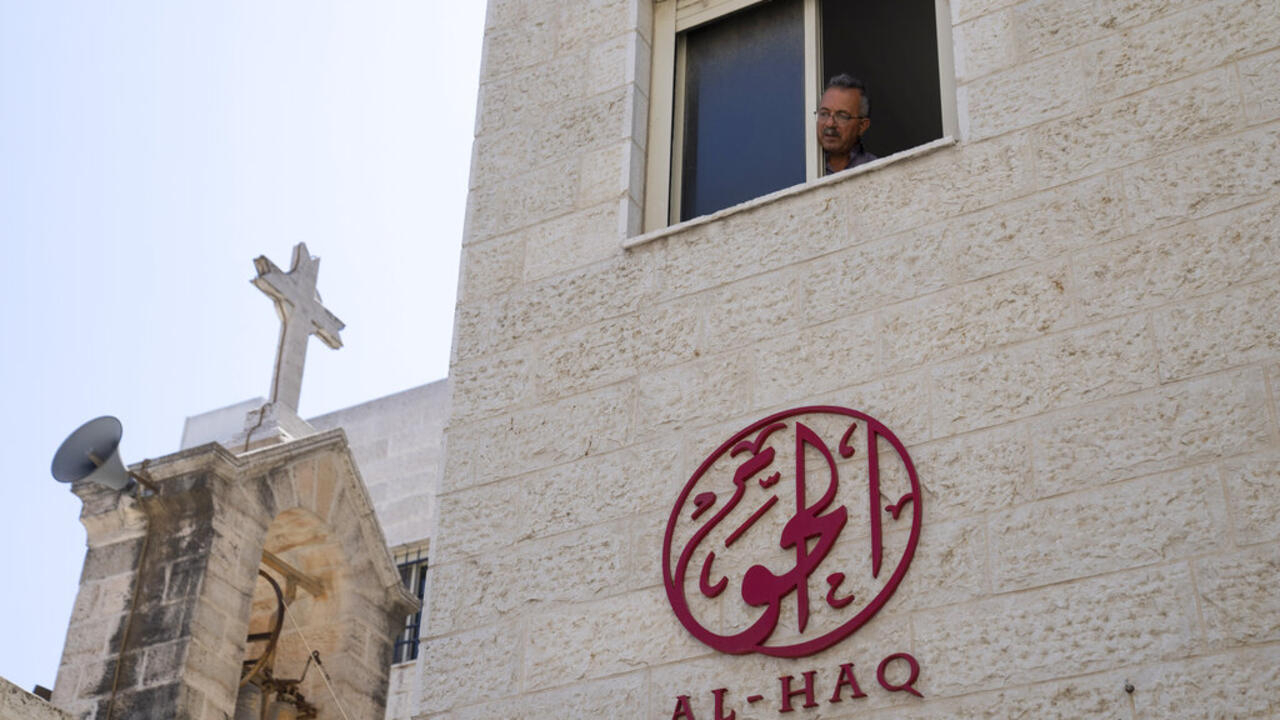 The offices of the Palestinian NGO Al-Haq, in Ramallah.

This NGO is one of the seven raided in August 2022 by Israel.

The International Federation for Human Rights (FIDH), Amnesty International and Human Rights Watch (HRW) met on Wednesday 28 September in Ramallah to raise their voices in the face of the escalation of repression against these human rights defenders.

raided the offices of seven

Six of them had been qualified, without evidence,

ending their work of documenting violations and crimes committed by Israel

Gathered in Ramallah at the premises of al-Haq, the representatives of Amnesty International, Human Rights Watch (HRW) and the International Federation for Human Rights (FIDH) speak with one voice: they recall their solidarity without rift with defenders of Palestinian rights.

These raids are the result of neglect, laissez-faire, the absence of concrete action on the part of the international community with regard to Israel.

The message to the Israeli government is clear: international NGOs demand the cancellation of military orders to close NGO offices and the removal of the designation of “

It's a really mislabeling to call these organizations 'terrorists.'

We know this is wrong.

This must therefore stop

As for the question of human rights, it should be discussed more in the dialogue of the European Union with Israel, believes Nathalie Godard, Director of Action at Amnesty International.

We cannot consider that it can be business as usual with Israel at the moment.

All of them make it clear that they are waiting for the condemnations of the international community to be transformed into action.