German Finance Minister Christian Lindner said the country is in an "energy war for prosperity and freedom." He said this at a press conference in Berlin. 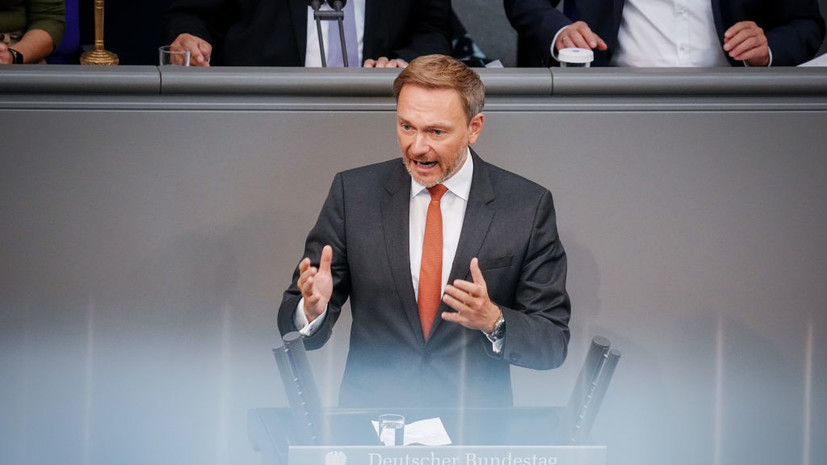 “We are in an energy war for prosperity and freedom.

The purpose of this war is to destroy what people have been building for decades.

We cannot accept this and will resist,” TASS quoted him as saying.

According to him, the decision taken on September 29 to stop the growth of gas prices "is a clear response from Russia."

“The time has come to launch renewable energy sources, or, as I call them, the energy of freedom.

Part of the gas storages, which are now 90% full, must be re-empted in order to reduce market prices,” Lindner said.

On September 20, the head of the Federal Network Agency of Germany, Klaus Müller, announced that the country's gas storage facilities were 90.07% full.

At the same time, Forbes columnist Sal Gilberti expressed the opinion that the cessation of gas supplies via Nord Stream would lead to the destruction of the economies of European countries, the most serious problems are predicted in Germany.