[Friendly economy] Ethanolization is so dangerous... There is no 'fire ban'

It's friendly economy time. Reporter Han Ji-yeon is here. hello. Are you saying that there is a high risk of fire accidents from ethanol furnaces? Yes, you are bringing in a lot of 'ethanol braziers' because you are doing the so-called 'fire bruises' in your house, where you see fire. 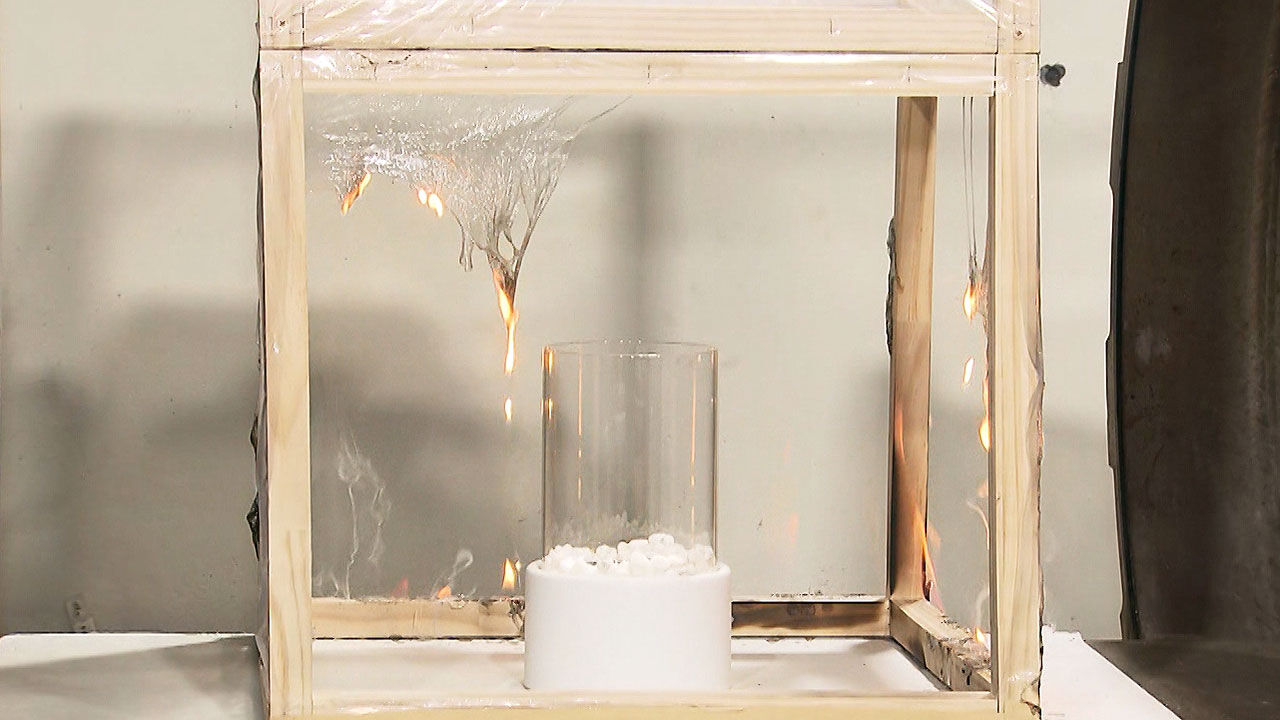 Are you saying that there is a high risk of fire accidents from ethanol furnaces?

Yes, you are bringing in a lot of 'ethanol braziers' because you are doing the so-called 'fire bruises' at home, where you see fire. You have to manage ethanol as fuel well.

When the Korea Consumer Agency analyzed twelve products of small-capacity ethanol fuel, all of them were found to be highly flammable with 95% ethanol content.

As for how dangerous this is, when the fuel temperature is over 13.5 degrees Celsius, the flames start to ignite from the surrounding flames, and from 78 degrees Celsius, it turns into a gaseous oil vapor and floats.

Therefore, if you leave fuel near the furnace, the fuel temperature rises, so keep it away and the lid must be closed.

Also, after using the ethanol furnace, the heated ethanol gas may float, so be careful not to light a lighter or the like around you until it cools down.

There are quite a few cases that actually lead to fires?

Yes, ethanol is colorless and odorless, and has a characteristic that flames are not easily visible in bright places even if a fire is ignited, so there is a high risk of fire accidents.

If you look at the screen, it looks like the furnace is not lit, but when you hold the paper like that, it catches fire.

Is the fire already on?

In fact, the fire was caused by an ethanol furnace that occurred in January and August.

In both cases, the user misunderstood that the flame in the furnace was extinguished, and the fire broke out while injecting ethanol fuel into the burning furnace.

There was a case where the fire spread while igniting the brazier without recognizing that ethanol was flowing around it. Also, it was said earlier that when the temperature exceeds a certain temperature, oil vapor is generated. also grew up.

Sellers are not properly aware of the dangers of ethanol?

Yes, I explained how dangerous ethanol is before, but it turned out that the seller was negligent in letting the seller know that it is such a dangerous substance.

Originally, ethanol containers were supposed to be labeled with words such as a hazard class or no fire, right?

However, it was found that all 12 products surveyed by the Consumer Agency did not comply with it.

Also, there are currently no safety standards for ethanol furnaces themselves. When I looked at ethanol furnaces in internet shopping, they were all different in size and shape, and there was no indication of weight.

Even if we selected 7 products and evaluated them according to the Australian safety standards, none of them were satisfied.

Parents will be able to check what content their children see a lot on social media now and who they follow?

Yes, we're talking about Instagram. Were you worried about using social media too much even after buying a smartphone for your children or about making friends with?

You will be able to check this in the future.

When your child is between the ages of 14 and 18, which is the standard for joining Instagram, if the parent and child link their accounts, you will be able to see the details of your child's activities.

First, you can check the status of your child's followers and following and receive notifications. You can also manage your child's Instagram usage time. .

It might be a bit suffocating for your child.

However, the child has the right to decide whether or not to accept the parental application for linkage.

Of course, you can refuse, and the Family Center function is automatically canceled as soon as you turn 19.