Sabotage. That is the thesis that prevails in the face of the three strange leaks that in the space of a few hours have occurred in the Nord Stream 1 and Nord Stream 2 gas pipelines that run... 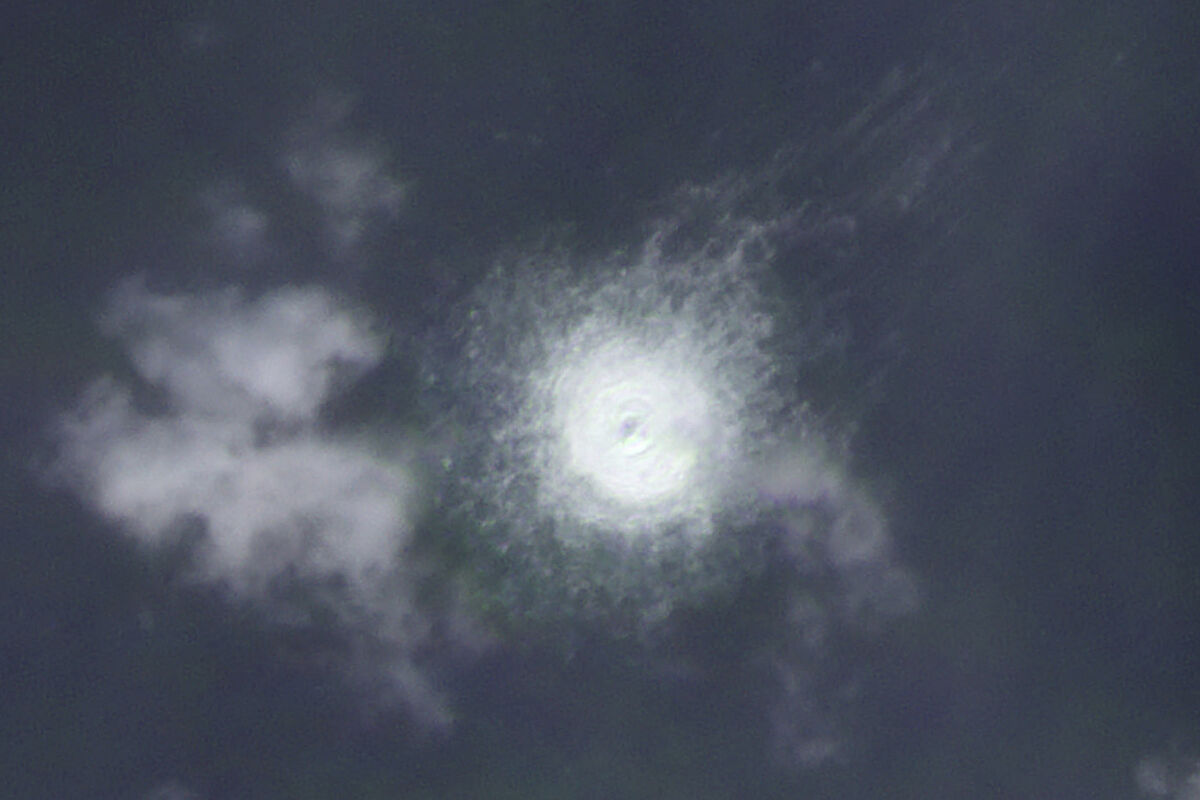 gas pipelines that run through the Baltic Sea between Russia and Germany.

Except for the European Commission, which refuses to speculate on the origin of these leaks due to lack of the necessary information, everything indicates that it was a deliberate action.

"You can clearly see the deviations from the ground to the water surface in our instruments," explained

of the Swedish Seismological Institute (SNSN).

There is no doubt that these are explosions

His colleagues in Denmark had also observed the explosions.

One of them had a magnitude of 2.3 and was recorded by 30 measuring stations in Sweden.

According to the television channel

, the coordinates of the explosions coincide with those of the leaks in the two gas pipelines.

The SNSN information was passed on to the Swedish military.

They have so far declined to comment on the incidents.

If the sabotage theory is confirmed, the security of the European energy infrastructure would be called into question and the conflict with Russia would enter a new dimension, as experts maintain that a deliberate breakage of the pipes at such a depth required logistics and capacity only in the hands of of a state.

According to the Stralsund Mining Office, which is responsible for technical safety in Germany, "at the scene of the incident,

". The European Commission, meanwhile, has limited itself to stressing that there is no danger to the security of supply, since it does not currently receive any gas through these pipelines, adding that it is closely monitoring the climate, environmental and navigation that may have leaks.

, navigation has been prohibited within a radius of five miles

around the areas of leaks and flights, in an area of ​​​​one kilometer.

It all started on the night of Sunday to Monday, when Danish F-16 fighter planes detected a carpet of bubbles emerging from the water in the vicinity of the island of Bornholm, through which the Nord Stream 2 passes, a gas pipeline that never came into operation despite to fill with hydrocarbon.

According to a Nord Stream spokesperson, the damage, which occurred simultaneously to three offshore pipeline strands of the Nord Stream system on the same day, is unprecedented, hence the thesis of sabotage cannot be excluded.

"The pipelines have been laid in such a way that simultaneous damage to multiple pipelines, for example from a single ship accident, is highly unlikely."

During the pipeline approval process, accident scenarios were also calculated, such as one involving a ship's anchor.

According to this, such an accident would occur

less than once in 100 million years

not only to investigate the cause of these leaks, but also to carry out an eventual repair

The company is sanctioned, it has hardly any staff left and the funds are frozen.

In Lubmin (Vorpommern-Greifswald district), where the gas pipeline will reach Germany, there are no company personnel.

Suspicions of possible sabotage have "alarmed" the Kremlin and caused Denmark to declare an emergency in the country's electricity and gas sectors.

"No version can be ruled out," said the spokesman for the Russian Presidency, Dmitri Peskov, in his daily telephone press conference, when asked if it was sabotage.

"We are facing an unprecedented situation," he stressed.

Information from security circles in Germany maintains that there are many indications that the two gas pipelines were deliberately damaged in an act of sabotage.

"Our imagination can no longer conceive of a scenario that is not a targeted attack; everything speaks against coincidence," an informant told the Tagespiegel newspaper.

Also the foreign policy expert of the Greens, Jürgen Trittin, takes for granted, in statements to the

chain , that the sudden gas leak detected in the Nord Stream 2

Two possibilities are considered about the authorship of the alleged attacks.

could be a 'false flag' operation by Russia

The Prime Minister of Denmark,

, said Tuesday that "it is difficult to imagine" that the gas leaks recorded in the last few hours in the Nord Stream 1 gas pipeline "are accidental."

In Sweden, the authorities also have no record so far of the causes of the three leaks that caused a total pressure drop in the pipes.

A spokesman for the Swedish Maritime Authority declined to speculate on what triggered the leaks to Handelsblatt.

does not know the details of what happened, "but we clearly see that there was

an act of sabotage

," he said on Tuesday in the city of Goleniów, near the port of Szczecin, where he was attending the inauguration of the new Baltic Pipe gas pipeline, linking Norway with Poland through Denmark.

This act of sabotage was "probably the next stage of escalation in Ukraine," he said.