No danger of supply and accusations of sabotage: the keys to the leaks of Nord Stream 1 and 2

Three leaks in the Nord Stream 1 and Nord Stream 2 gas pipelines have once again worried a Europe that is stockpiling fuel and preparing contingency plans for winter.... 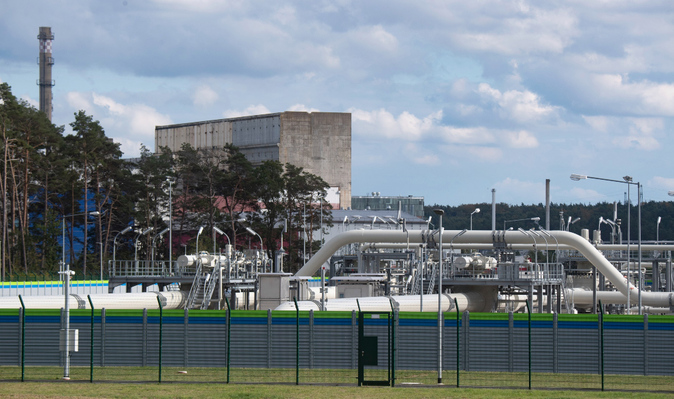 Three leaks in the Nord Stream 1 and Nord Stream 2 gas pipelines have once again worried a Europe that is stockpiling fuel and preparing contingency plans for winter.

Although the 'tubes' were not in operation due to sanctions on Russia and pressure from this country, accusations of sabotage have arisen practically from the beginning.

Three leaks have been detected in the Nord Stream 1 gas pipeline (one in Danish waters and the other in Sweden, near the island of Bornholm) and Nord Stream 2 (also off the coast of Denmark).

The company that is in charge of its operation, Nord Stream AG, confirmed on Sunday that "a drop in pressure" had been registered in both infrastructures that has turned out to be a leak.

At the moment, the reason for this failure is unknown, although the coincidence in time and the geographical distance make several countries suspect that it is sabotage.

According to the Polish Deputy Foreign Minister, Marcin Przydacz, "no scenario can be ruled out", something that Mette Frederiksen, Danish Prime Minister, would have also slipped to the media of her country in an act, precisely, of the inauguration of another gas pipeline in Poland .

also point to this possibility, according to

The Swedish Seismological Institute reported on Tuesday that before the discovery of the leaks, "two massive energy releases" were recorded near the place where the leak occurred in Bornholm, according to

Will it affect gas reserves?

It shouldn't, because by now Russia was no longer pumping gas.

In any case, everything that involves stressing the system is worrying, especially now that the cold is approaching.

The Danish Directorate General for Energy has activated the orange emergency level - the second highest of five - and will communicate concrete measures to gas and electricity companies.

But the reserves have been filling up for some time and new supply routes have been sought, either by sea or through other existing or planned pipelines.

In any case, the two pipelines were full of fuel because they must maintain pressure even when not in operation.

Thus, even Nord Stream 2, which never came on stream because its commissioning was delayed after the Russian invasion of Ukraine, has released gas through this leak.

What was the situation before the leaks?

Optimistic, because all the countries have been stockpiling reserves for the winter and the tanks are almost overflowing.

In other words, almost all the countries of the European Union are well above the objective that the European Commission had set in its contingency plan, which established that reserves should be at 80% on November 1.

In addition, all countries have contingency plans prepared for a shortage situation.

The Spanish Government recently announced a new active demand response service that will allow Red Eléctrica to disconnect large electricity consumers when the system is stressed and in return they will be provided with financial compensation.

The service should be available on November 1.

How do leaks affect Spain?

In addition to already having a lot of gas stored -to the underground reserves, we should add the capacity to store the hydrocarbon in the six regasification plants-, Spain did not depend on this gas pipeline for its supply.

Yes, from Russia, which is the fourth largest supplier in the world, but it enters by ship.

In addition, on an annual level -there have been occasional peaks this summer- it is well behind the United States, Nigeria or Algeria: between January and August it has provided 10.9% of all the LNG that Spain has received, according to data from the Enagas statistical bulletin.

In addition, after a summer in which combined cycle plants have been the protagonists, the drop in temperatures has been accompanied by wind and wind energy has regained its leading role.

Thus, it has gone from producing 6.9% of electricity on the 22nd to no lower than 21.6% of the generation since the 24th. Therefore, although photovoltaic will also reduce its contribution somewhat when there are fewer hours of electricity, renewable sources should give gas reserves a break in the coming months.

What is the contingency plan?

At the moment the only concrete measures are those already approved: indoor temperature regulation and turning off lights in shops and monuments at night.

In any case, the Government is expected to present its final plan in the coming days after meeting with consumer associations and parliamentary groups, which have proposed, among other things, simplifying bills, aid for changing heating systems for heat pumps or reduce Christmas lighting.

Can it have environmental consequences?

Methane is not toxic, but it is polluting and is a greenhouse gas.

Despite its recent 'green' rating by the European Commission's taxonomy, its use involves CO2 emissions, although much lower than those of coal.

For this reason, it has been given the same consideration as renewables - nuclear has also received it -, since it is seen as a transition alternative.